Bitcoin Is Being Outperformed by Ethereum. How Long Will It Last?

Bitcoin, the leading global cryptocurrency, has performed exceptionally well this year thanks in part to more large global events such as the COVID-19 pandemic, which saw a shift from traditional investments to options that can withstand the economic fallout of this. These gains are expected to continue into June, but investors also note that Ether, a close competitor, is outperforming bitcoin.

At the time of writing, bitcoin is trading at $10,118. Although bitcoin has seen as impressive rise since the beginning of the year and has the highest value out of all of the cryptocurrencies, many other altcoins have seen more significant gains within the past few months. Ether is one of these competing altcoins that also saw substantial benefits throughout May. Ether rose by 12% last month, compared to the impressive but slightly smaller 9.5% rise for bitcoin. Although both cryptocurrencies performed well, this suggests a potential widening of the cryptocurrency market. Since its inception, Bitcoin has been the most popular choice for crypto investing, but people may begin to diversify their investments. 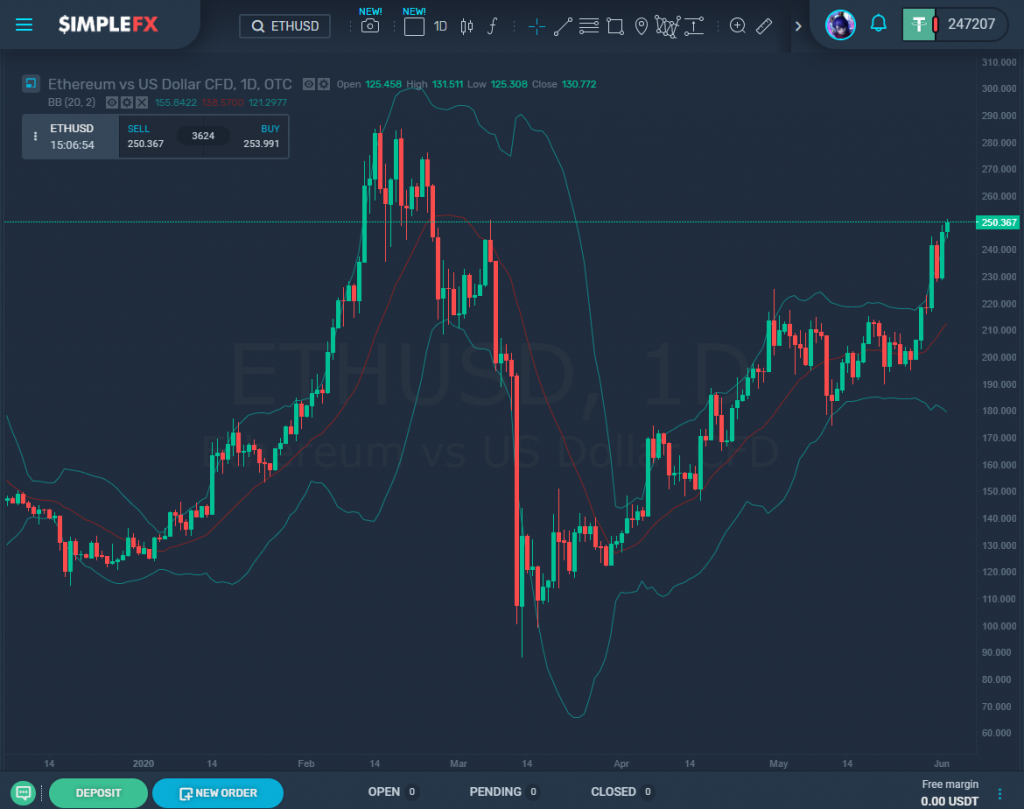 There are broader factors that are causing these significant gains for bitcoin and other cryptocurrencies this year so far. Explicitly, the global COVID-19 pandemic threatened to have substantial negative repercussions on national economies and traditional assets. This led to many investors turning to safe-haven assets such as gold to protect themselves against stock market crashes and inflation in an attempt to retain the value of their wealth.

Bitcoin outperformed gold, which is significant because gold is considered a far safer and more traditional investment, which is far less volatile than even cryptocurrencies. Although cryptocurrency’s status as a safe-haven asset is widely contested, it can generally be agreed that it is a less volatile investment in these situations than stocks. 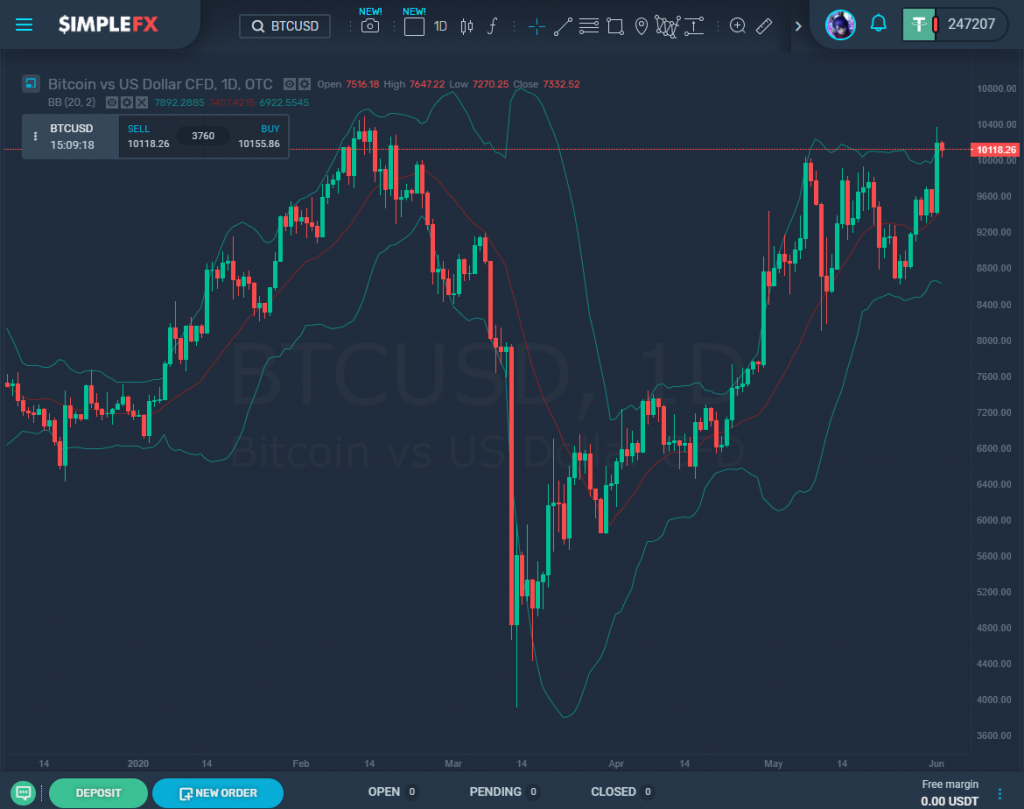 Although it is generally believed that the economic effects of the COVID-19 crisis have bottomed, there are other potentially adverse social events occurring that may drive investors back into cryptocurrencies again. The escalating tensions between the U.S.A. and China over China’s tightening security measures over Hong Kong have currently only resulted in threats to China from President Trump (no actual action as of yet). A ban on purchasing soy and pork from America by China, but investors do remain wary of the effect this will have on stocks. America and China both had small gains on Monday, but many believe that further escalations of the situation are imminent, which may not be so positive.

Ethereum’s bold start to the year also looks set to continue. Many analysts are pointing to the planned Ethereum upgrade to “Ethereum 2.0″ that is scheduled to happen later this year. Ethereum is offering staking rewards for those who hold on to their investments throughout the process, which is already being predicted to be more than the projected 10 – 30 million.

The Bloomberg Galaxy Crypto Index shows that tokens are nearing a critical resistance level at the $400 mark. Current trends point towards the coins breaking above it, which could lead to rallies that may hit an annual high. Some analysts even posit that this could happen as early as later this week, immediately continuing the gains from last month.

Crypto, Stocks, or Forex. What’s Better To Invest In?