You are at:Home»News»Bitcoin Value Continues to Climb as Stocks and Oil Struggle through Global Pandemic 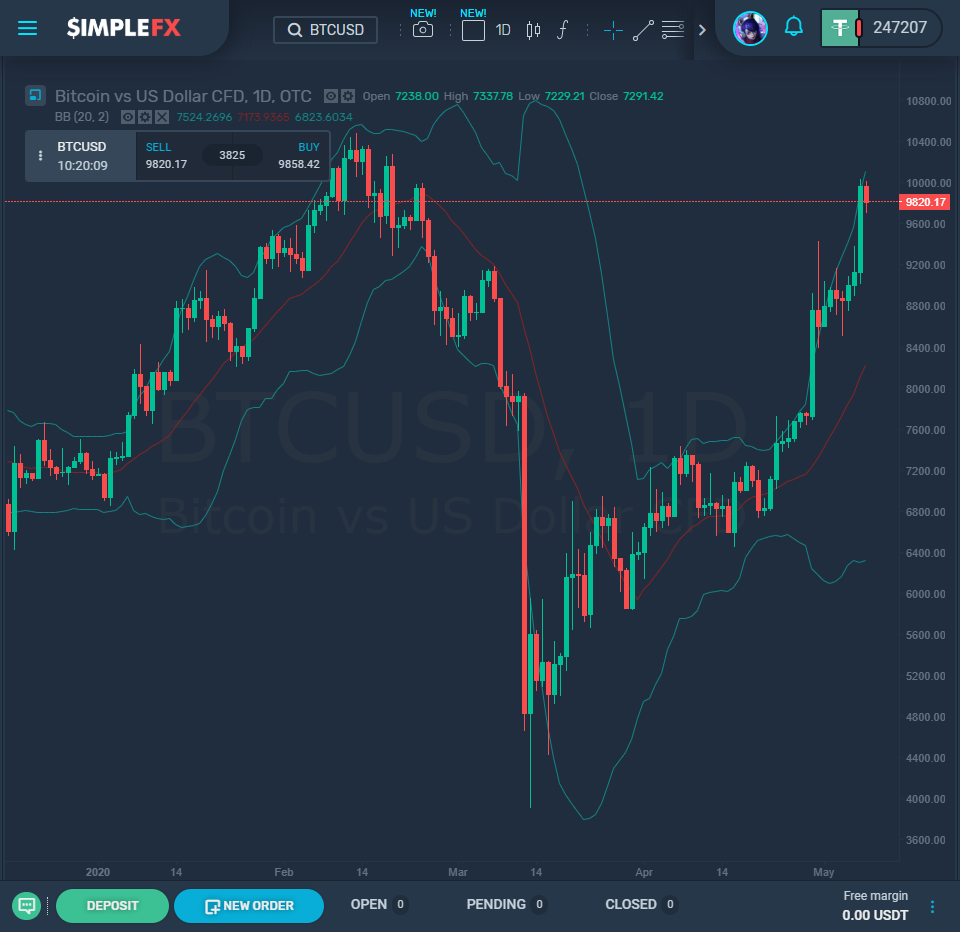 Bitcoin has almost recovered already. Nobody knows the limit for the BTCUSD price.

Bitcoin has seen a rise in market value this month, as economies across the globe attempt to stay afloat with stimulus packages. On April 30, bitcoin led a surge in the broader cryptocurrency market, resulting in an overall gain of $35 billion in just 24 hours. Bitcoin itself jumped by 18.57%, to trade at $9,388.30.This is in stark contrast to other assets such as stock and oil, which have been hit heavily by the global COVID-19 pandemic.

Bitcoin has always been considered a haven, as its cap of 21 million coins should theoretically prevent it from ever succumbing to inflation. It also helps to prevent it from being affected by any significant moves from central banks. Successful Wall Street trader Paul Tudor Jones is investing in the cryptocurrency, using it as an investment hedge as more and more countries fight the economic impact of COVID-19 with stimulus packages that threaten to cause inflation. He believes that the stock markets have not yet reached the bottom, but that ultimately they will begin to climb once infection rates start to cease. 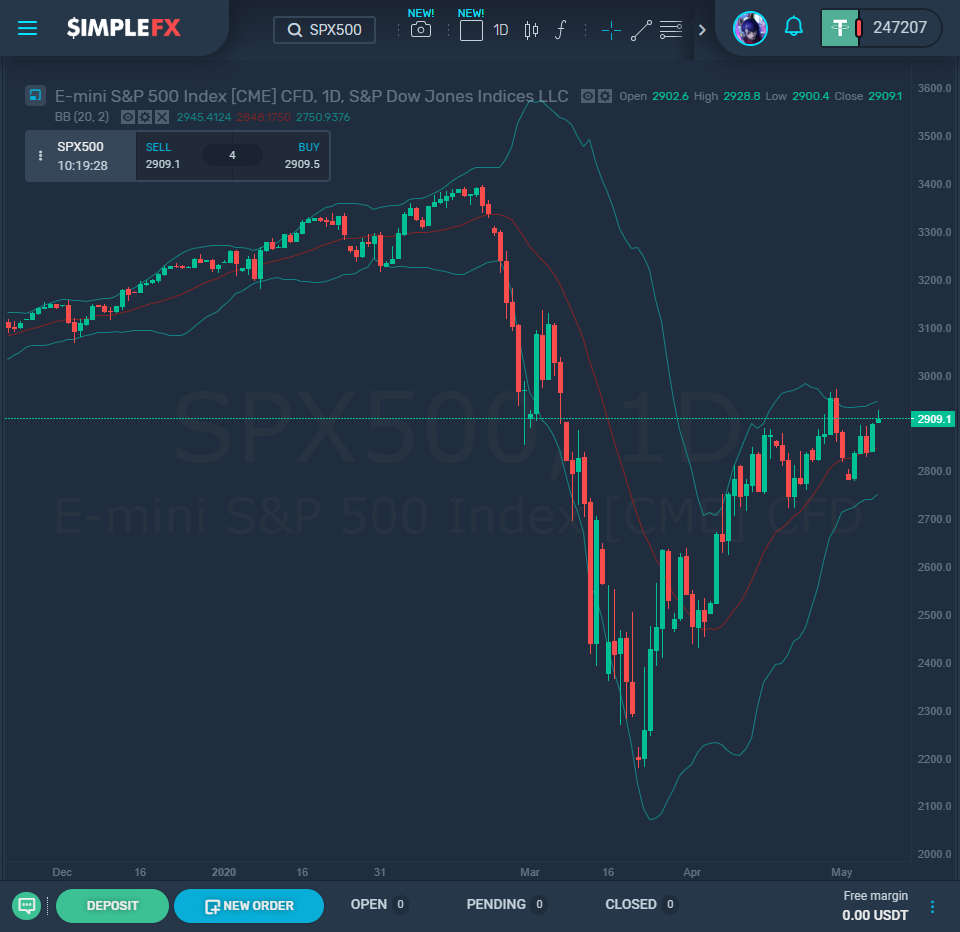 Stimulus worth trillions of dollars has had a tepid result on the stock markets.

Despite this overall positive trend for bitcoin, other assets continue to fluctuate during these times of economic uncertainty. Nasdaq only turned positive for the year so far yesterday (Thursday), while Dow Jones and S&P 500 are still showing average losses for the year. Although the stock markets are improving slightly, it is clear they still have a long way to go. 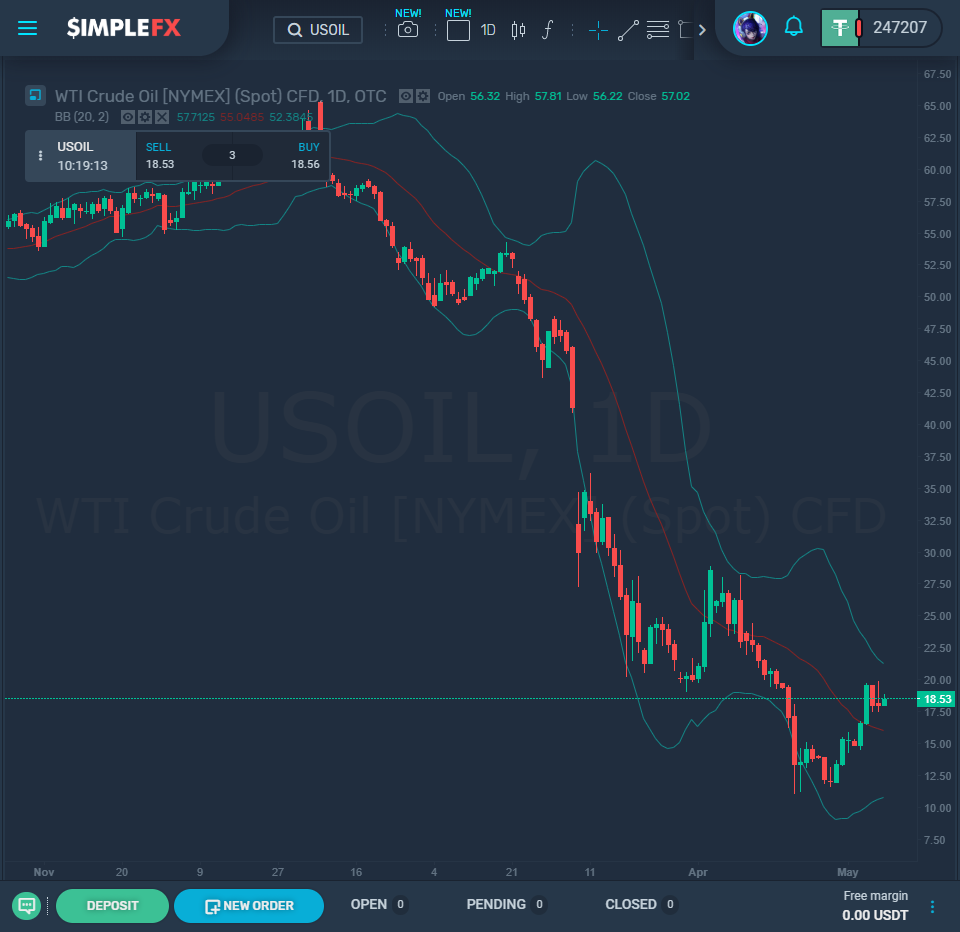 The oil markets are in uncharted territory. It seems nobody understands what’s going on with the prices. Still, there’s a room for skilled margin traders here.

Oil has also not fared well, as national shutdowns have halted the need for the resource. On April 20, 2020, the price of crude oil fell into negatives for the first time. May contracts were due to expire with no buyers, and prices dropped as low as -$38.45 per barrel. Although this shock is not indicative of the general state of the oil market, it does highlight the excessive supply that is far too much for the current demand. OPEC+ has reduced the production of oil, but many analysts believe that this is not enough to fix the market.

Many are suggesting that the rise in bitcoin value is not just caused by the current pandemic, but also by the scheduled halving event. Currently predicted to occur on May 12, the number of bitcoins that are mined per block will be reduced by 50%. Analysts suggest that the focus around bitcoin is intensifying, caused by the speculation surrounding the halving. There is currently a higher-than-average level of hashing activity, from more people attempting to mine blocks. Historically, the value of bitcoin has risen drastically after both previous halving events, jumping by almost 1000% after the 2016 event. It should be noted that these gains also occurred as bitcoin became more mainstream, a social shift that cannot be replicated in today’s times. Therefore the gains are unlikely to repeat. However, this halving is occurring as more and more global stimulus packages threaten to more traditional investments, which can lead to a greater focus on bitcoin.