You are at:Home»Analysis»Enormous Stimulus Packages May Drive Bitcoin Further Up

It has made significant gains in the past few days, caused mostly by economic uncertainty and possible inflation caused by numerous U.S. stimulus packages.

At the time of writing, Bitcoin was valued at $7,114.29. Prices look relatively steady, and analysts expect the cryptocurrency’s value to remain around the $7,000 mark. This comes after various rallies within the past month pushed its value above this threshold, but none of them managed to stay trading at this level consistently.

This increase in value for the cryptocurrency is attributed to the significant relief funds that the U.S. government is creating, in an attempt to mitigate the adverse effects on the economy. On Thursday, the U.S. House will pass a $484 billion stimulus package that is approved to provide relief from the economic impact of the global COVID-19 pandemic. The majority of this package ($320 billion) has been earmarked for the Paycheck Protection Program, aimed at providing support for smaller businesses during this time. 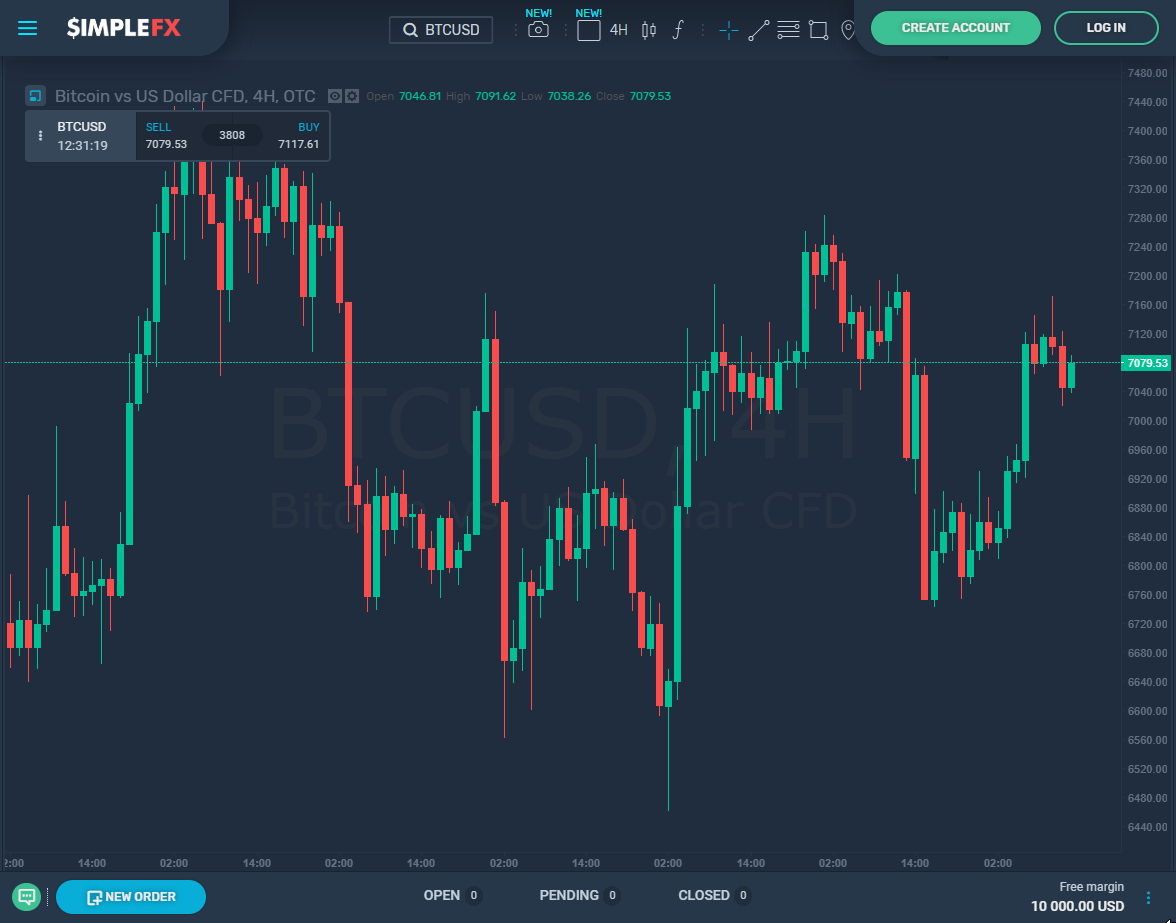 This package is part of the historic $2 trillion bill signed in March, the largest stimulus package in U.S. history, designed to prevent a full-scale economic depression. It is also expected that there will be further aid packages passed in the future, with many state governors calling on the federal government to provide more than what they were allocated to protect their states’ citizens best.

These stimulus packages are increasing the risk of inflation for the U.S. economy, making bitcoin and other cryptocurrencies attractive investments at the moment. Despite all of the turmoil in the stock markets due to the global pandemic crisis, crypto has dropped in value only minimally as a response. Bitcoin has consistently been outperforming the major U.S. stock exchanges in the first financial quarter, as the COVID-19 outbreak got progressively worse across the globe.

Bitcoin fell by approximately 10% during the first three months of the year, while the Dow Jones fell by 23%, S&P500 fell by 20%, and Nasdaq lost 14% of its value. The only investment asset that has continuously outperformed bitcoin has been gold. This haven asset rose in value by 4% in the first financial quarter of 2020, in direct response to the global pandemic.

The only thing that could potentially affect the increasing values of bitcoin is the halving event that is predicted to occur sometime in May. This was a pre-planned occurrence and will reduce the number of bitcoins mined per block from 12.5 to 6.25. Previous halving events have seen the value of bitcoin increase substantially, resulting in positive expectations for this event. However,  analysts cannot determine whether this was due entirely to the halving, or if positive external factors also played a part during the first two halvings. This is the first halving that may occur in the middle of a global recession, which may result in a different response from investors, leading to a slightly more cautious approach.