U.S. Stocks Rise as Investors Start to Look Beyond the Pandemic

The major U.S. stock markets ended the trading day on Thursday, all in the green. This is even though the rest of the country is still on the verge of economic collapse, with millions registering for unemployment benefits.

Twenty-two million Americans have filed for unemployment benefits since March 21 in the wake of the COVID-19 lockdowns. This number represents approximately 13.5% of the total working population, and this number is believed to continue to increase as companies and stores remain shut.

Last week 5.2 million individuals filed for unemployment, although this is a decrease from the week before, which saw over 6 million people register for the benefits. Although the government has been rolling out stimulus checks and bailout plans for businesses, many experts believe that this is not enough for the economy to bounce back quickly. 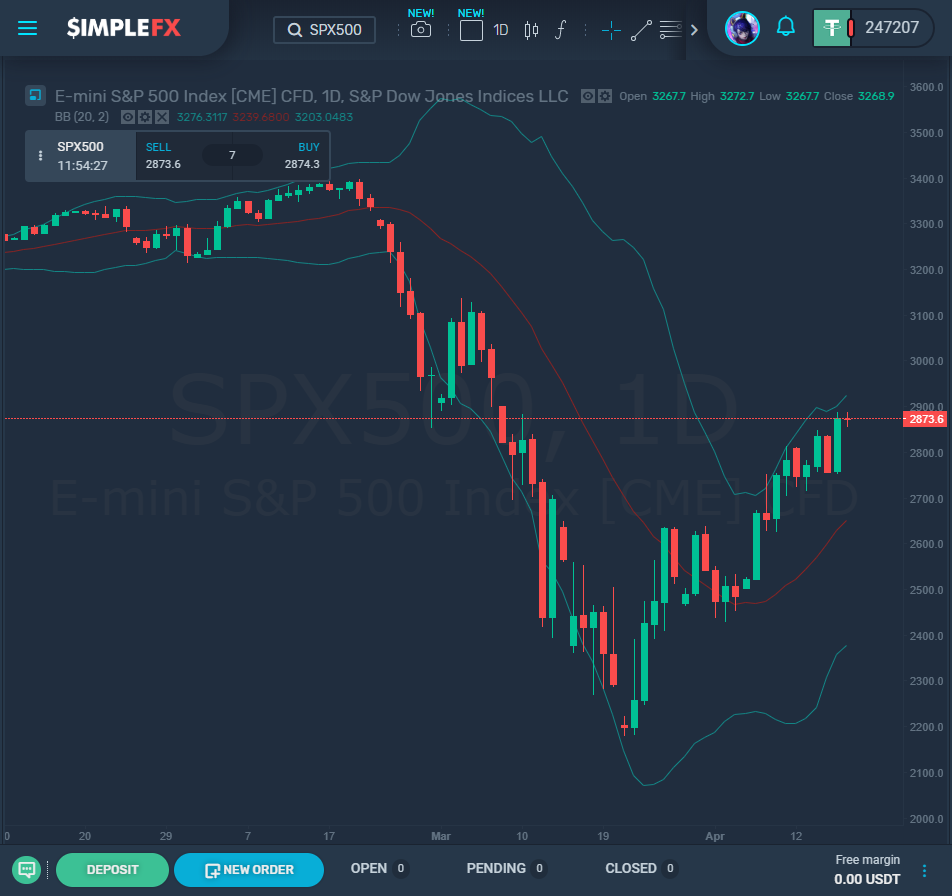 Conversely, although the economy may appear dire, the stock markets seem to have already begun their recovery. The Dow Jones gained 0.14% to end the day at 23,537.68 points. S&P 500 gained 0.58% to finish at 2,799.55, and Nasdaq was the biggest winner, gaining 1.66% to reach 8,532.36 points. The stock markets rallied after President Trump reported that research indicates that America has “passed the peak on new cases.” With the risk of the novel coronavirus decreasing, parts of the country may be able to reopen sooner than initially planned. 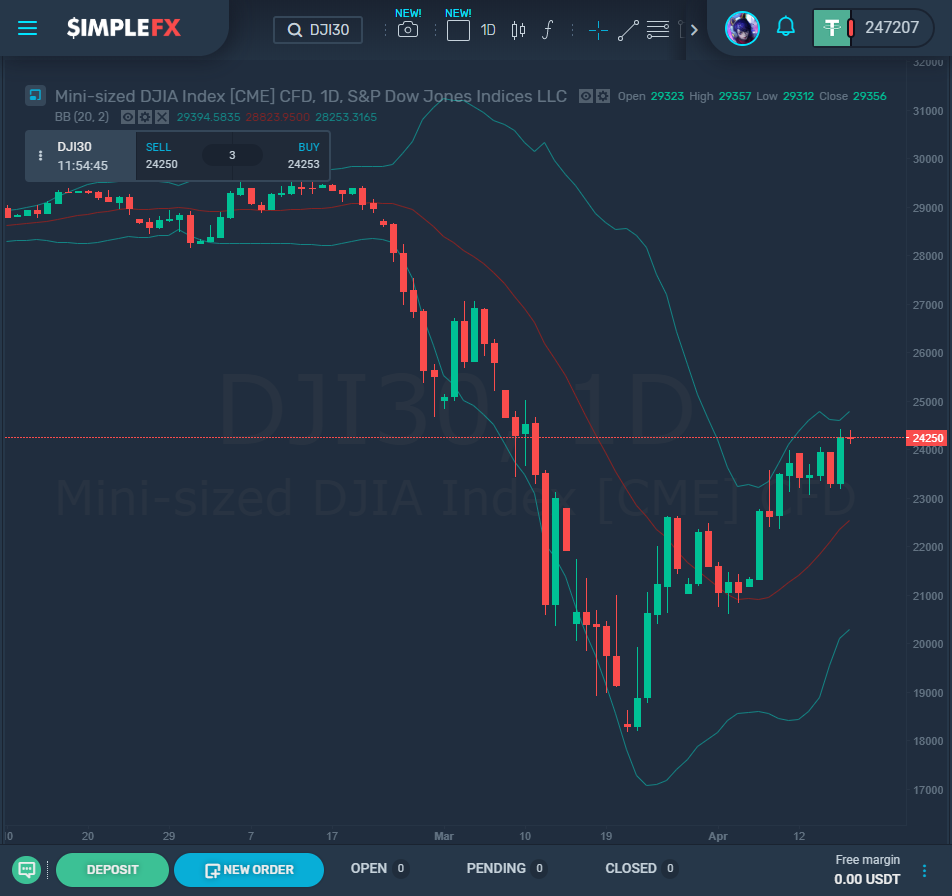 Gains were also seen in specific companies on Thursday. Shares in Gilead rose by 14% on Thursday as news emerged, stating that drug trials for Remdesivir, a potential treatment option for the coronavirus, is going well. Finding a cure for the virus may mean that America can speed up treatment for patients, and begin to reopen parts of the country that are currently in lockdown, hoping to jumpstart the currently-struggling economy.

Although gold remains a stable investment, prices fell after the announcement that America may be able to reopen its economy earlier than expected. Spot gold fell in value by 0.2% down to $1,691.93 per ounce. At one point during the day, it was up by 1.3%, but these gains were soon lost after positive economic reports. 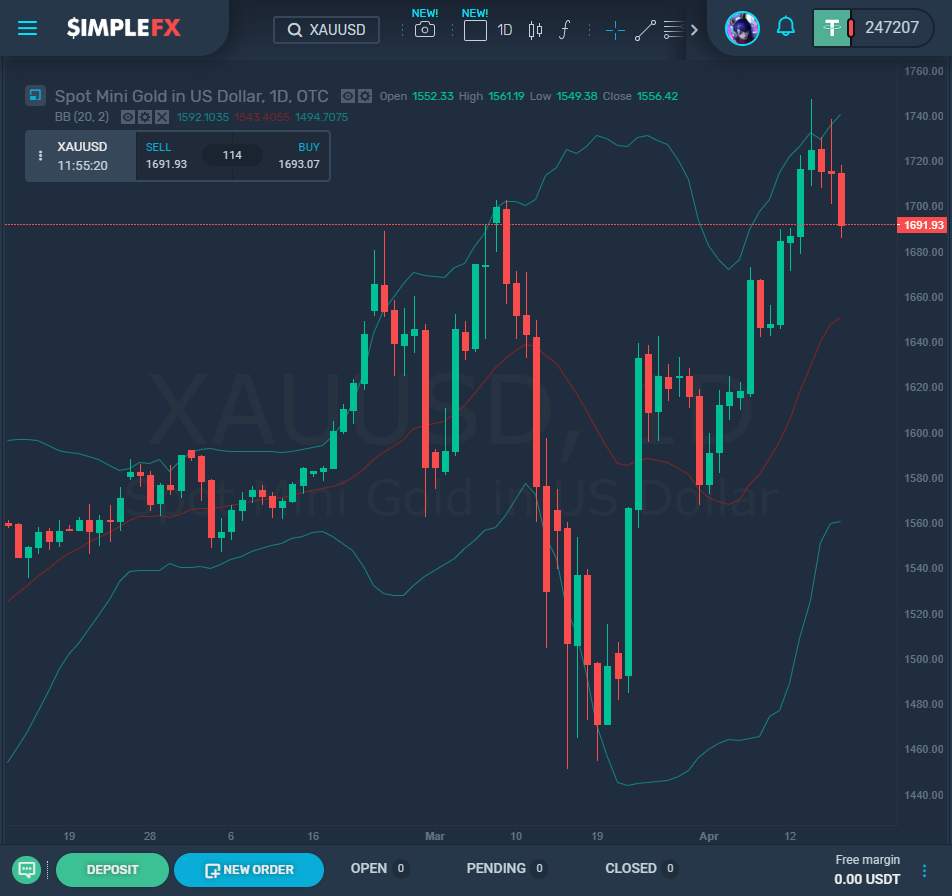 Experts suggest that the news of reopening has seen investors return to other options such as stocks, resulting in a slight dip for gold. Despite this, it is unlikely that the gold value will fall too far, as it appears that the market will continue to be supported post-pandemic. 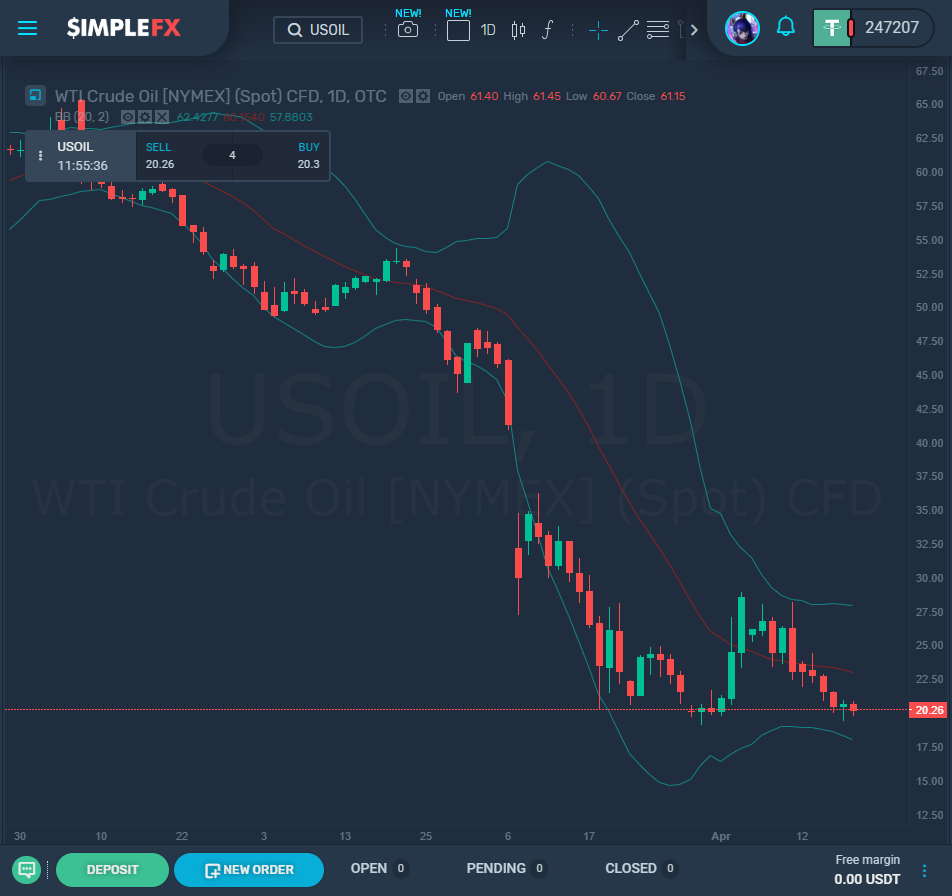 Oil prices remain low amid the decreased demand for supply. West Texas Intermediate crude oil prices remained static at $20.26 per barrel, marking its lowest trading value since 2002. Brent crude oil rose by 0.47% to $27.82 per barrel. The Organization of the Petroleum Exporting Countries (OPEC) expects oil demand to decrease 6.9% globally in 2020, although this could continue to drop throughout the year.