We are experiencing the golden era of margin trading. Not only the price volatility is superhigh across the board, but we simply have to stay at home to contain the pandemic. Here’s a short outlook for the next days of trading. We chose SPX500, XAUUSD, and USDJPY. Read our analysis and adjust your strategies accordingly.

SPX500 – between the panic and multi-trillion stimulus

The SPX500 index for the last trading weeks shows quite an unusual situation. We see a large yellow channel, which is built on the main extremes. 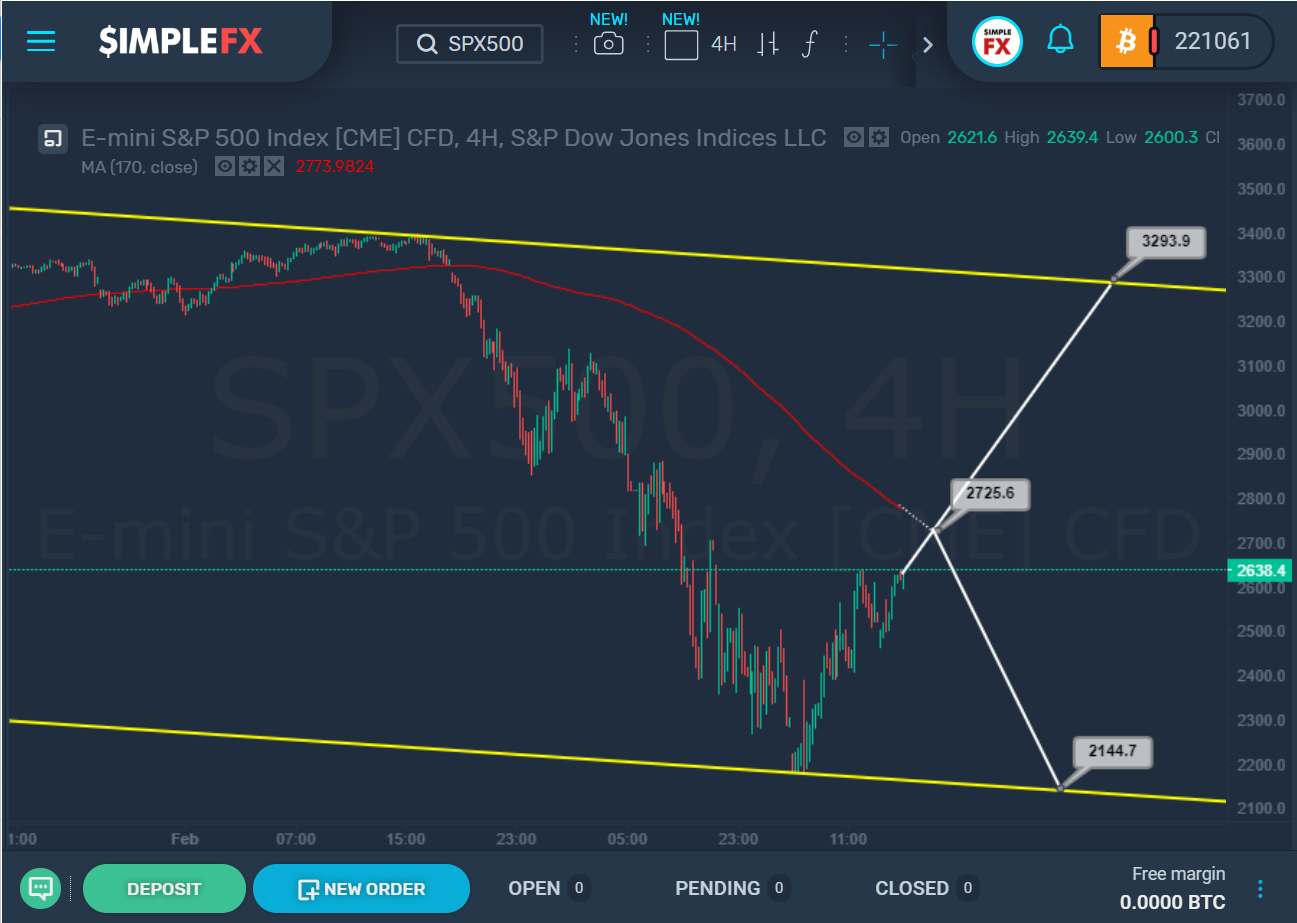 The price has been moving in an upward direction for the past ten years, forming a dominant bullish trend. Then, near the level of 3400, we saw the end of this trend and the beginning of a new bearish trend.

The market quickly declined in the direction of the lower line of the yellow channel, and then the price began to move up into the central zone of this channel. It is not clear what the bulls and bears have in mind. It should only be noted that the nearest obstacle in the way of bulls is the red line of the moving average, which is built on the previous global bullish trend.

The market is rapidly approaching the resistance level of 2725.6. Most likely, the growth to that level will continue shortly. Then, if the bulls manage to break through this line, they will open the way to the upper line of the yellow channel and the resistance of 3293.9, so we need to be prepared for the continuation of the bullish trend that we saw during the previous trading week.

However, if we see a rebound from 2725.6, the market could expect a decline to the lower wall of the yellow channel and the nearest important support level of 2144.7.

Thus, we should observe how the market will behave near the red line of the moving average.

The current USDJPY structure indicates that the market has pushed off from the upper line of the yellow channel and started moving down. It is not yet clear to which of the lines we will see a decline, either to the lower green wall or even more economical to the yellow line. 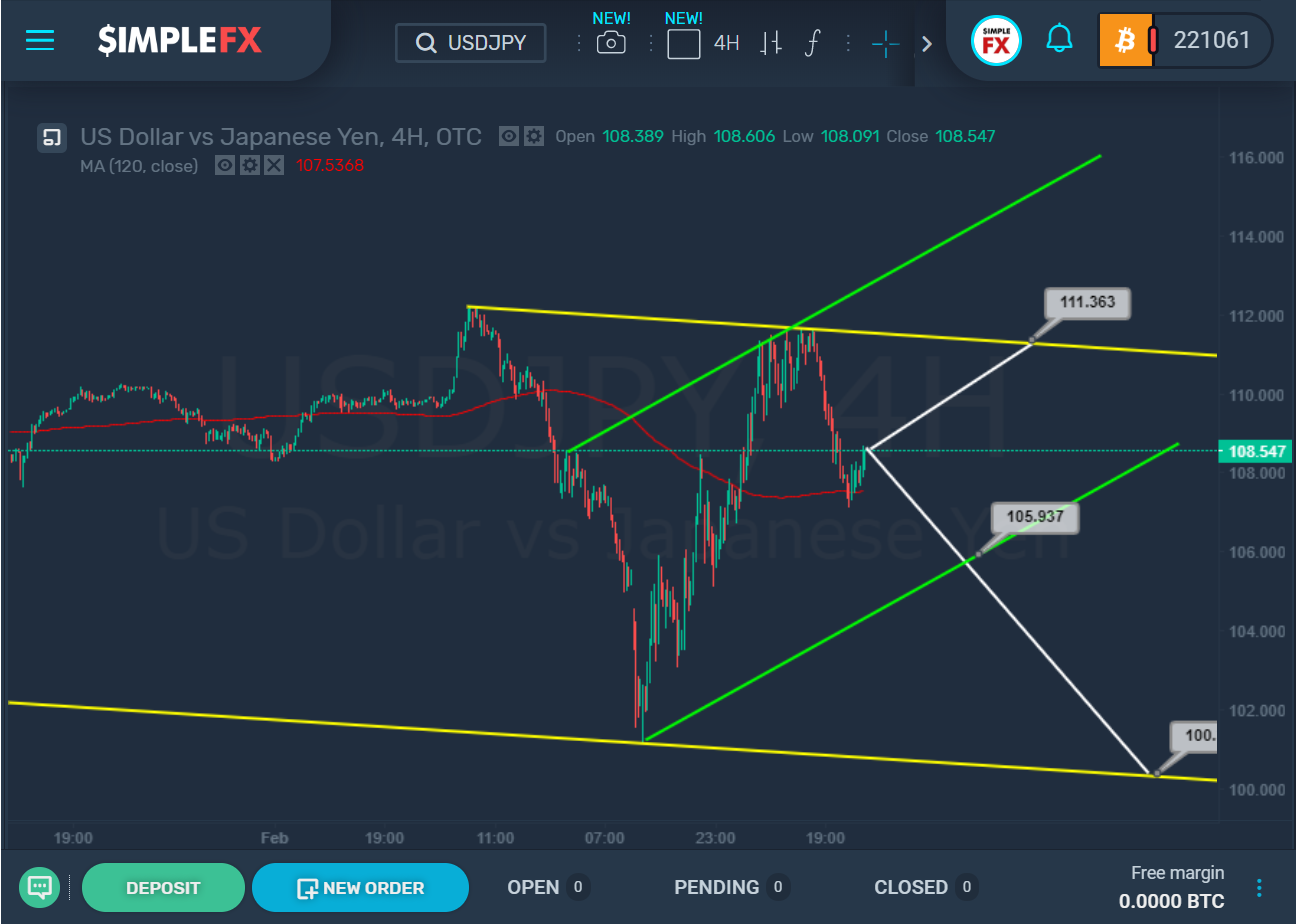 However, in this situation, we should also consider an alternative scenario, according to which the market could expect a repeated rise to the upper line of the yellow channel and the resistance level of 111.36. In case of a break above this price level, the growth could continue up to the upper wall of the green channel.

Additionally, it is essential to pay attention to the fact that the green channel has a reasonably steep upward slope, so if the market moves down to the level of 105.93, it will have to overcome the resistance of the green channel so that we may see a slow corrective decline, rather than a fast downtrend inside the green channel.

Thus, it is preferable to add this pair on our watchlist in future reviews!

XAUUSD indicates that the market is moving inside a sizeable green channel in the direction of its upper wall. More precisely, the price behavior can be described by the lines of the bullish yellow channel. 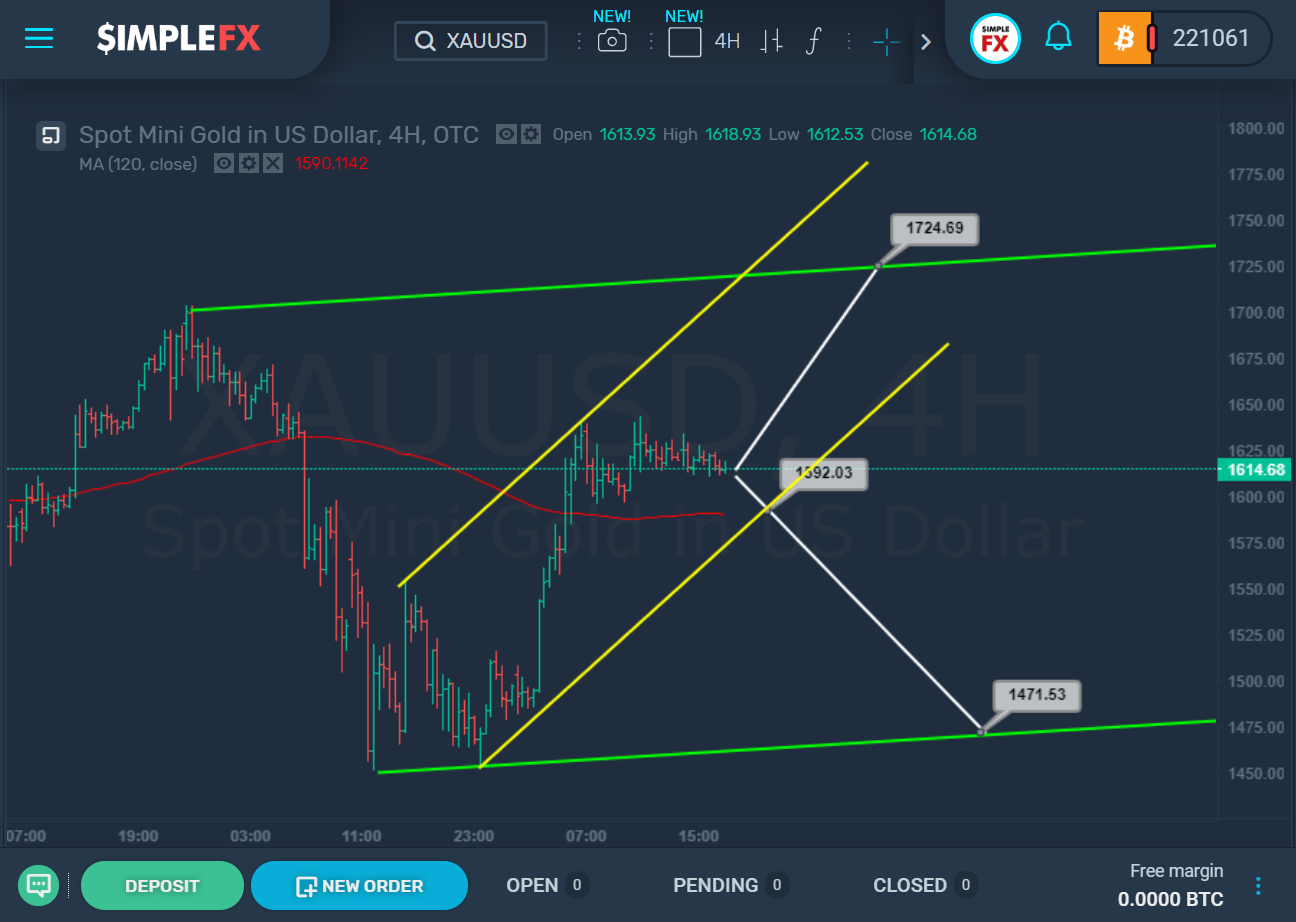 After a sharp rise and rebound of the market from the upper wall, we saw almost a sideways price movement, which may soon reach the lower line of the yellow channel and the support level of 1592.03.

In the event of a break below this support level, the bears will open a path in the direction of the lower wall of the green channel and support of 1471.53.

However, if bears do not destroy the lower yellow line, then soon the market could expect a gradual rise to the upper green line and the resistance level of 1724.69, which is on this wall.

Thus, we will continue to observe how the market will behave soon, and who will win in the confrontation between bulls and bears after the end of the flat, which is now being formed.

Stay at home, and trade at home. The pandemic is a great challenge for all of us. However, at the same time, it’s a great opportunity for margin traders. Use it with the best trading app SimpleFX WebTrader. No minimum deposits, great trading tools, and accounts in any currency you can think of – give it a try.