Three assets to trade in the upcoming weeks – SimpleFX analysis

As humanity fights the pandemic, markets open great opportunities for margin traders. Additionally, the most moral thing to do over the next weeks or months is to stay at home. You need money, however. That’s where trading apps come in handy.

Boeing may be strongly influenced by news

Air caries suffered the most from the coronavirus lockdown. However, their market value is strongly influenced by political decisions and bailout plans. 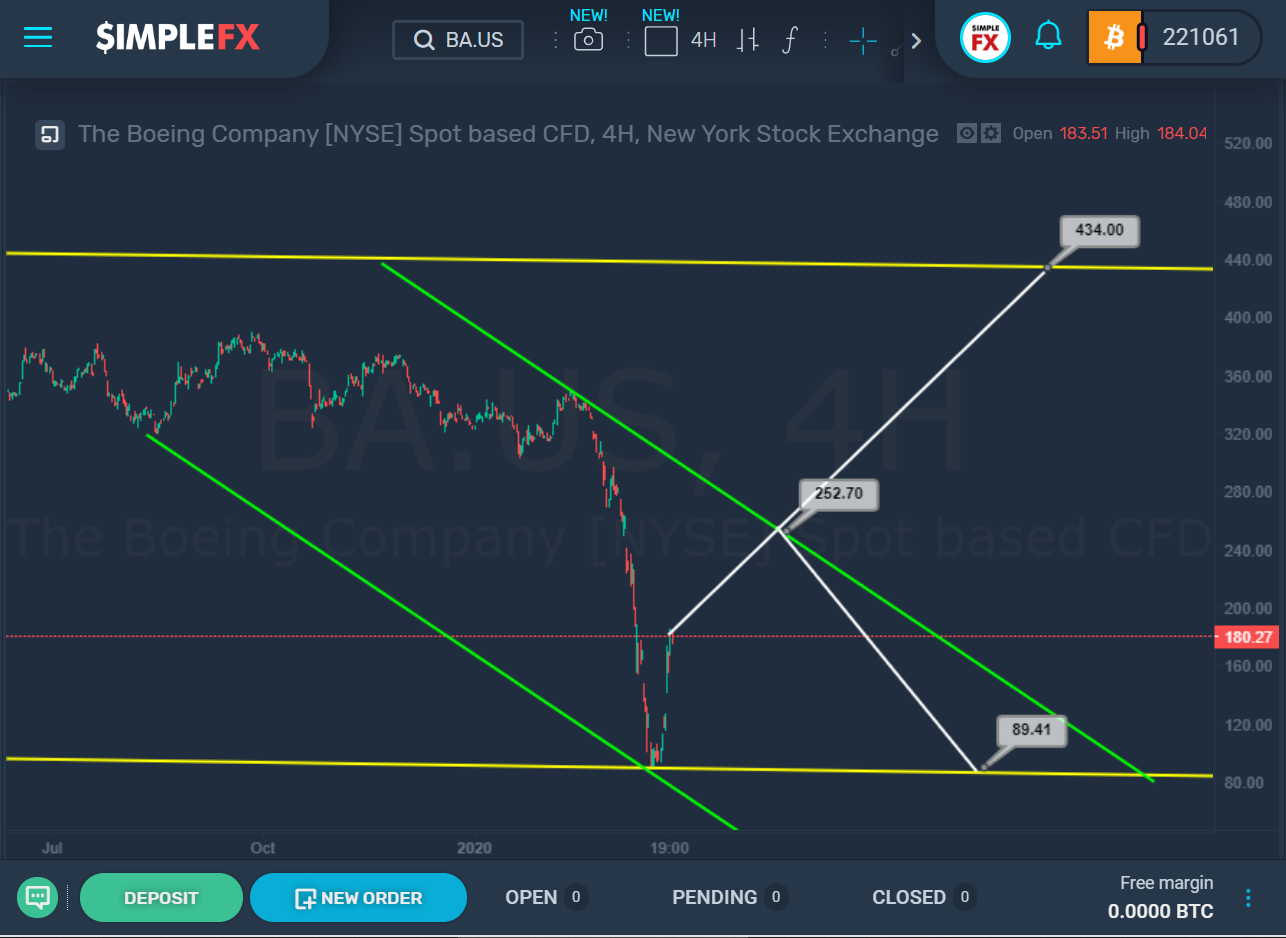 The current BA.US structure indicates that the market has been moving in a bearish direction for a long time, gradually approaching the lower line of the yellow channel. In the last section, we saw a very rapid fall, after which the market began to move up just as quickly.

Most likely, the price is now approaching the upper line of the green channel and the resistance level of 252.70. Thus, during the next trading week, the market may grow to this level. And then, when it breaks, the bulls can open the way to the next important target level, which is on the upper line of the yellow channel, that is, to the level of 434.00.

The alternative scenario can be implemented if the market rebounds down from the green line and the level of 252.70. In this case, we could expect a market decline to the lower wall of the yellow channel and the support level of 89.41.

Thus, we will observe how the market will behave near the upper green line.

Ethereum is an intriguing cryptocurrency to trade

After a long price increase and a rebound from the upper line of the yellow channel, we saw a fairly sharp bearish trend in the direction of its lower yellow wall. 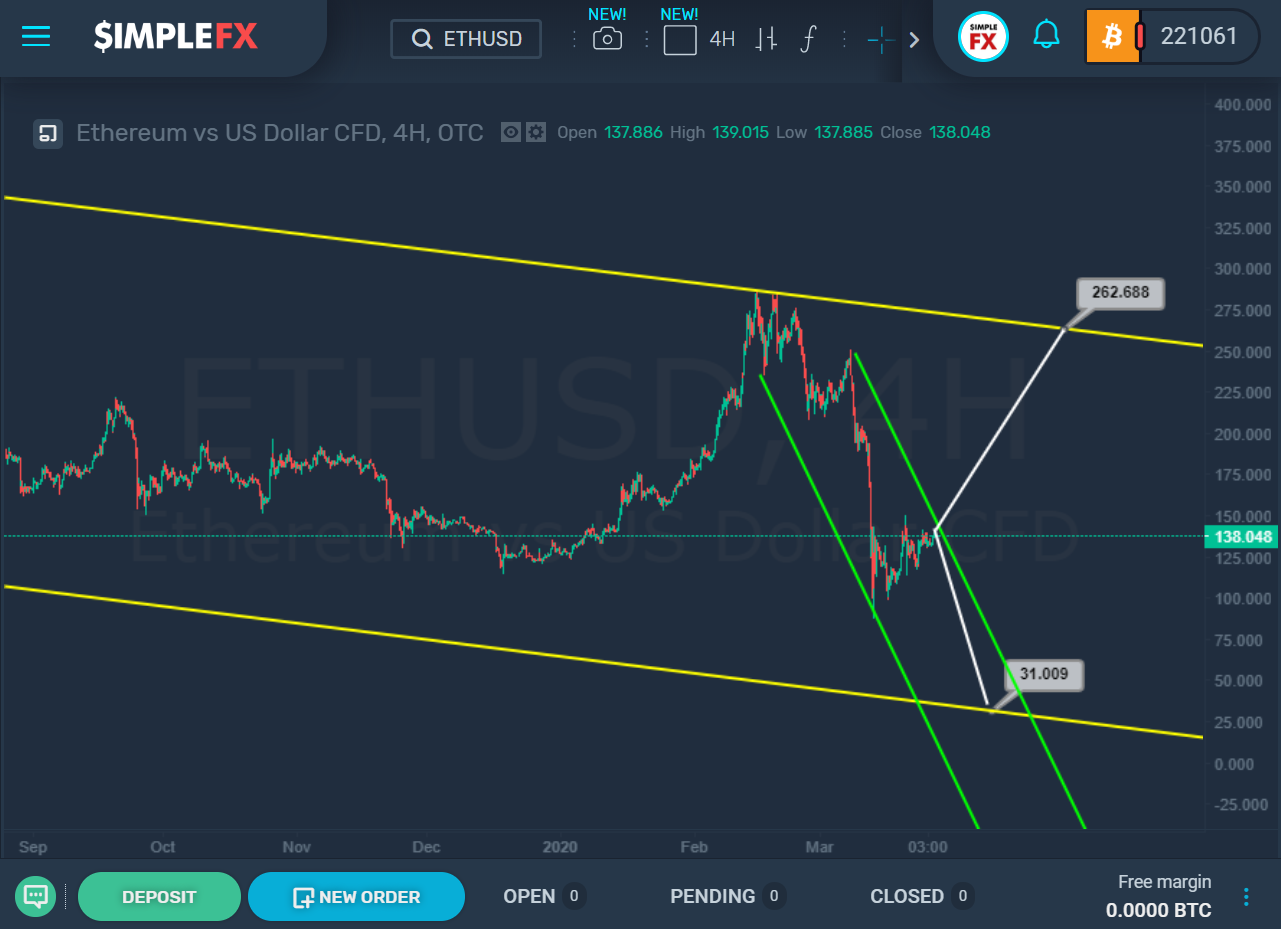 The current price movement is well described by the lines of a small green channel. The price, moving down, alternately pushes off from the upper, then from its lower line. At the moment, the market has reached the upper green wall. If in the near future we see a rebound from this line and the market goes down right now, i.e. from about the level of 138.05, then the bears will expect a decline in the area of the lower wall of the yellow channel and the support level of 31.01.

However, if we see a break above the level where the price is currently located, i.e. 138.05, then the market will begin to be dominated by bulls and a path will open for them to the upper wall of the yellow channel and the resistance level of 262.69.

Thus, in the current situation, it is recommended to observe who will take control of the price behavior in the near future, bulls or bears.

EURGBP is a forex pair to watch

The EURGBP structure indicates that the market is currently moving within a large yellow channel. The bulls managed to raise the price in the direction of its upper line, after which there were a rebound and a slight decline. 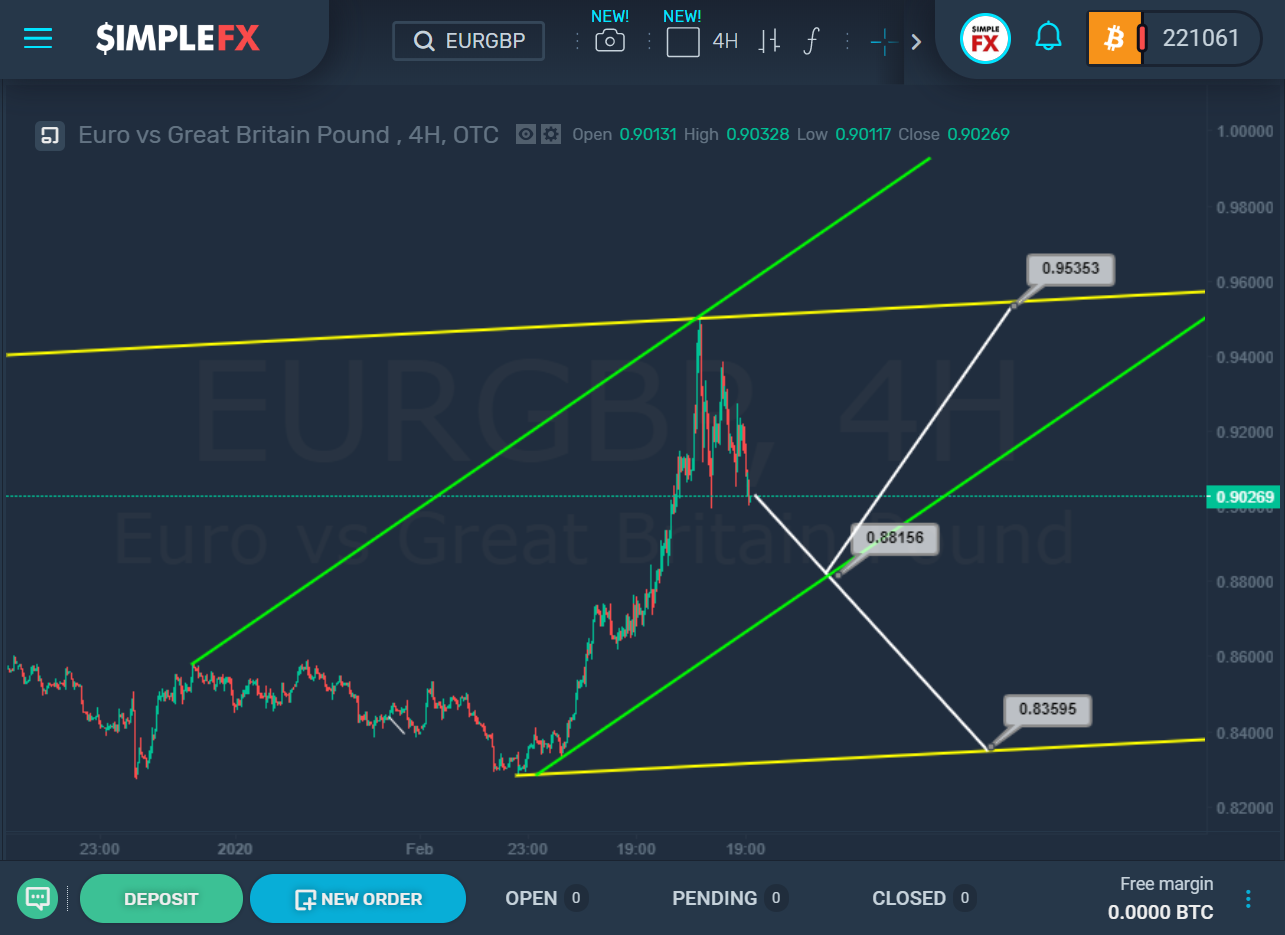 However, if we see a rebound from the green line and the level of 0.881, then we could expect growth to the upper wall of the yellow channel and the resistance level of 0.953 And, given that this rise will occur in the same direction as the green and yellow channels, we can see a fairly fast bullish trend. It is recommended to take this into account when making trading decisions.

Another fact to pay attention to is that the decline to the support of 0.881 will occur against the slope of the green channel, which is why we may see waves with a complex internal structure, and the market will move down quite slowly.