You are at:Home»News»Microsoft and Virgin Galactic are the Stocks to Watch (and Trade)

Microsoft is one of the hottest NASDAQ stocks recently. You can trade it with SimpleFX WebTrader on your laptop and mobile with an up to 50x leverage. Buy or sell (short) NASDAQ: MSFT.US stock with an account in any of the 30 currencies available on SimpleFX, including Tether, or Indian rupee.

Stock markets have shown very high volatility over the last days, which is a perfect storm for margin trading. The NYSE was rallying until recently when the bears took over on the coronavirus pandemic concerns. Recently an outbreak took place in the United States. The Washington state and Seattle areas have been particularly affected. Microsoft headquarters are located in Redmont, WA.

The sellout was unprecedented, but some traders may treat it as an opportunity to enter the stock at a discounted price. The 20% correction on Microsoft cut the price from the 52-week high $190.70. 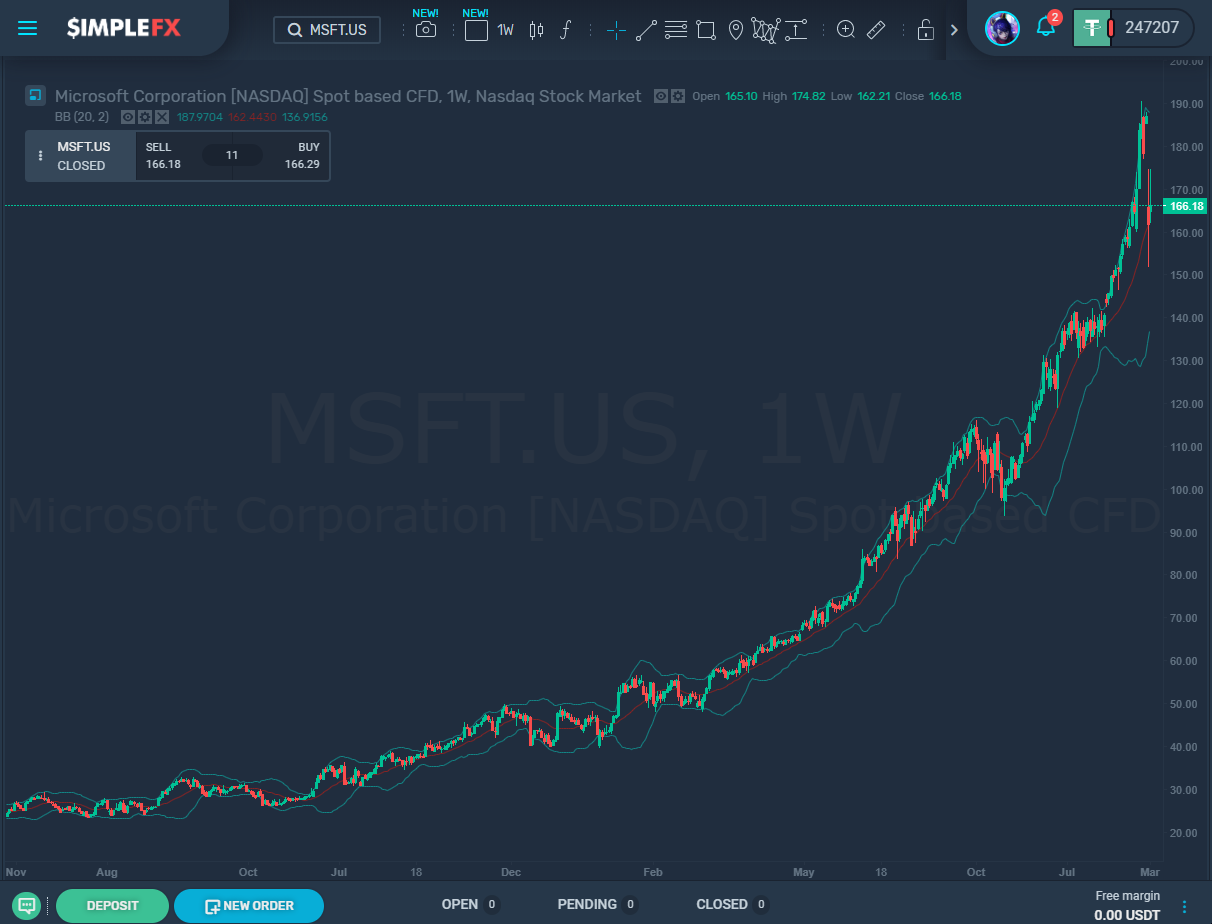 In the long run, Microsoft stock have doubled their price twice past five years. In 2015 they traded at $32, and now they are at$166. Some analysts suggest that their value could double again and hit $336 by November 2021.

Some also add the missing “M”. You can trade all FAAMG (including Microsoft) with SimpleFX WebTrader. 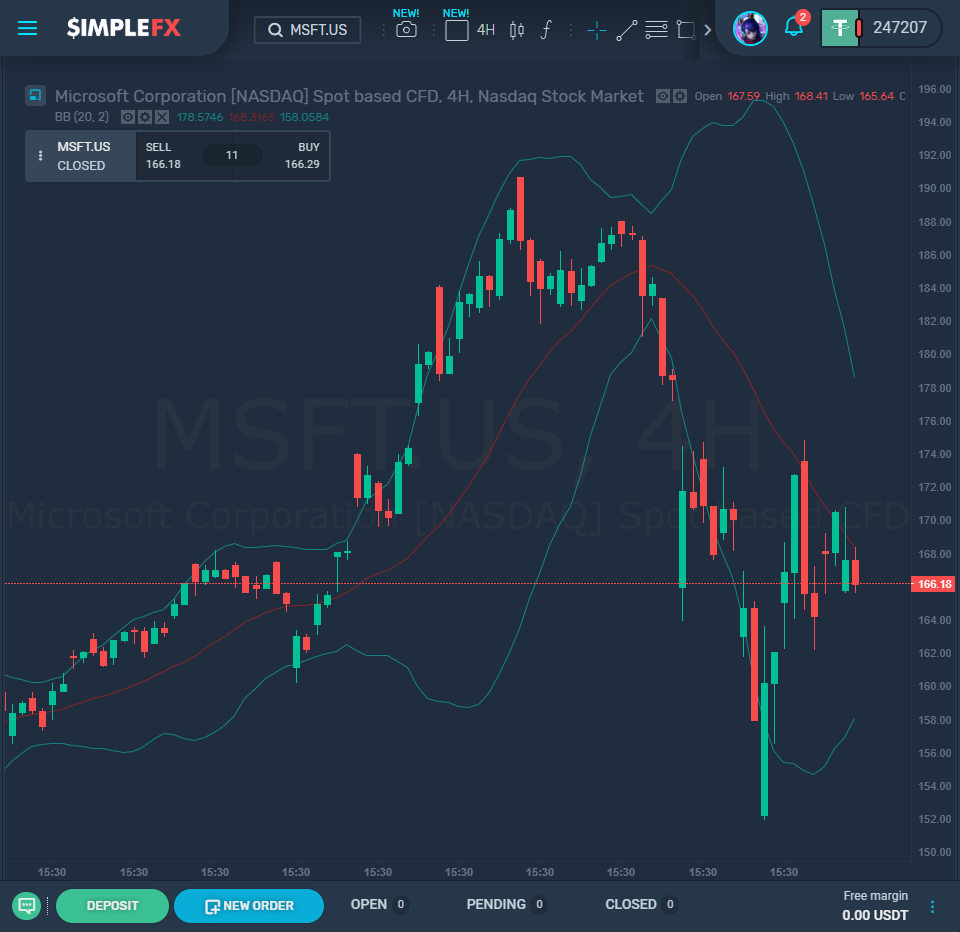 Together with its main competitor, Sony (also available on SimpleFX), Microsoft sees high growth potential in the console gaming industry, especially when the Chinese market absorbs its product. Of course here once again the coronavirus events are going to be crucial for the stock prices in the mid-term. However, many epidemiologists suggest that China is ahead of the curve in containing the epidemic, which may recover its economy sooner than many might expect.

Virgin Galactic Holdings (SPCE.US) is another stock we’ve added recently to SimpleFX. The company is developing technology allowing them to offer commercial space flights. This is going to be a very luxurious service, available to the high-end market. 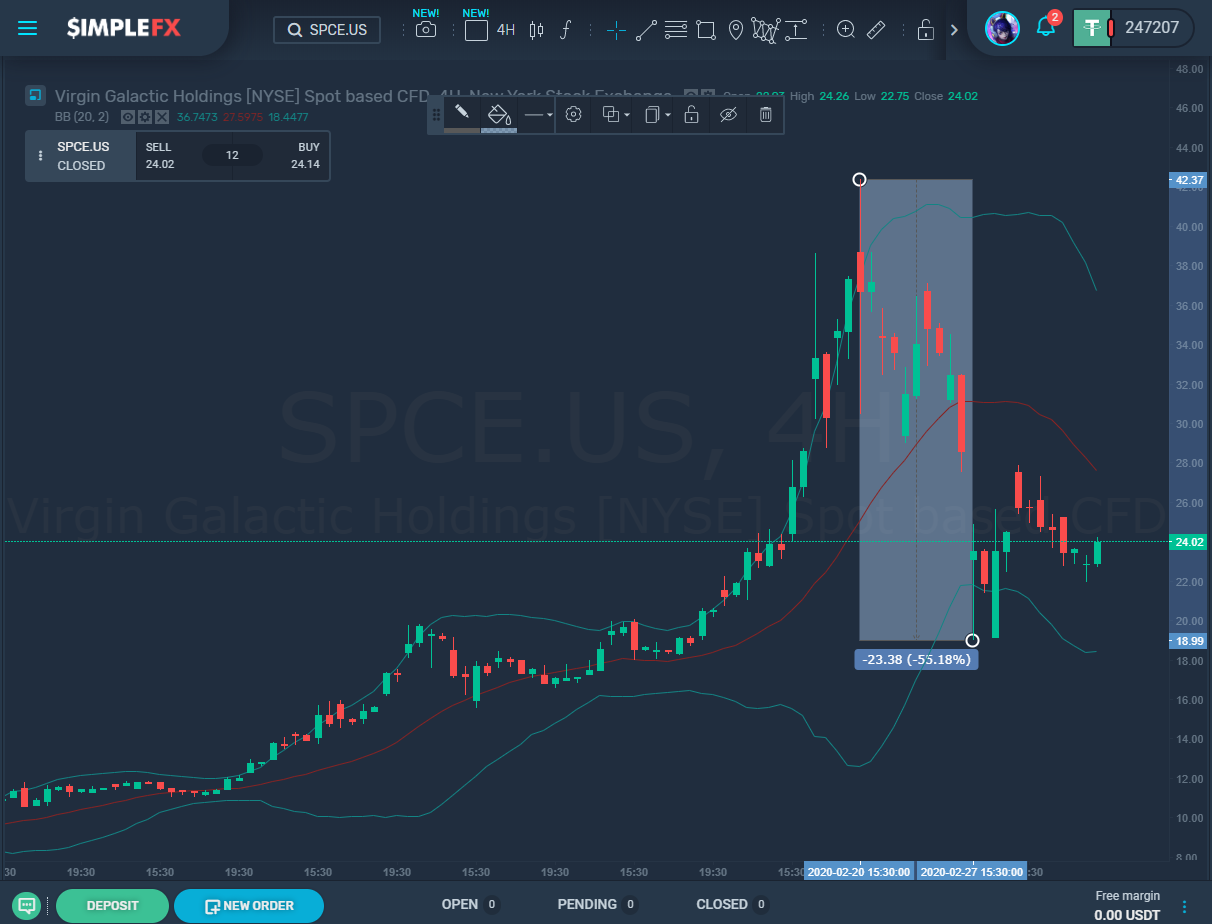 From the margin trading perspective, this is a company that’s ideal for day trading. The price of SPCE went up 43.4% in February, only to lose over 55% in a week.

SimpeFX traders that opened the short positions with 50x made a whooping 2700% profit in just a week. A trader opening the position at the right time at around $40-42 per share, made $1380 net profit. You can check it out on your own using the SimpleFX calculator. 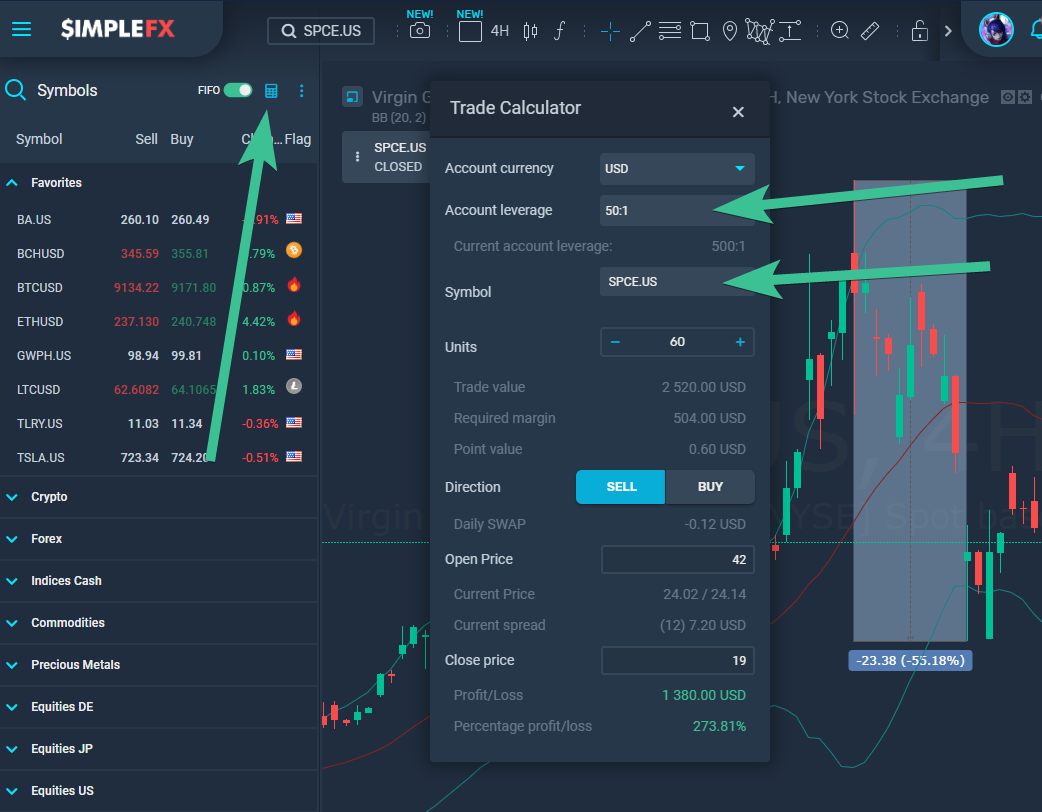 The extremely strong rally by Virgin Galactic in February was caused by an overall enthusiasm. The company wants to launch the first commercial spacecraft, and reach profitability in 2012. According to Virgin’s plans, the first paying passengers should take a ride to space this year. Watch this stock closely, and the news about the progress.

Virgin Galactic is a so-called “story stock”. It’s great for margin trading, but not so fo holding it long term, as the price may change any day depending on the public opinion believing Richard Branson, Virgin Galactic founder, or not.

Add both Microsoft and Virgin Galactic to your watchlist. We are confident there will be many trading opportunities on both of these stocks. You can find the new stocks typing in the name or symbol into the app.simplefx.com search box.