You are at:Home»News»Bitcoin Fails the Test for Safe-Haven Currency. Not the New Gold Yet

As the global stock markets continue to plummet, more and more investors are turning to bitcoin. The cryptocurrency appears sharp in the face of these shifts, but in reality, things are still changing.

U.S. stocks saw the worst drops in six months on Monday, with all three major exchanges falling by at least 3%. Today the markets continued to show losses, closing the day in the red, although not as bad as yesterday. The impending coronavirus threat hit global investors hard, as more and more cases are being reported outside of mainland China, indicating that the virus is not controlled yet.

More and more people are turning to safe havens such as cryptocurrencies and gold in the current economic climate. Gold is a substantial investment and remains stable regardless of potential recessions. 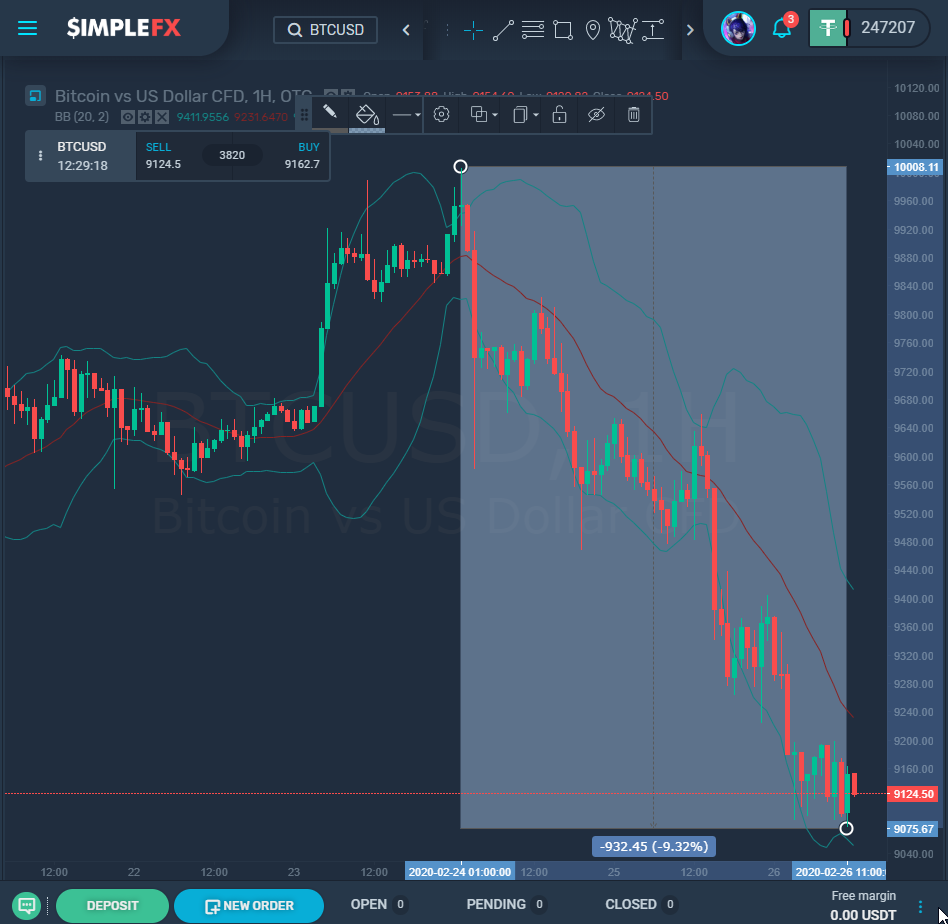 Bitcoin dropped 9.3% to $9135 since Monday as the coronavirus epidemic spreads.

Bitcoin has also seen a spike in investment, as people place their money into options that aren’t going to fall in value. Bitcoin is a finite resource, which means that it won’t experience inflation. It’s also easily transferred and divided, allowing you to move it when necessary.

Yesterday, the cryptocurrency value fell by 4.6%. However, in the broader scheme of things, this isn’t anything significant. These drops have done little to affect the fact that bitcoin has still increased in value by 32% since the start of this year alone. All of this seems to indicate that bitcoin is indeed operating as a haven and that it is somewhat beyond the control of the factors that can influence the regular economy. The fear that people have in the current state of Wall Street is not necessarily being felt by those who have investments in bitcoin. The effect of a 4% drop has significantly different implications for stocks and bitcoin.

Even though the value of bitcoin has grown steadily in its decade-long existence, there are still naysayers for all cryptocurrencies. In an interview on Monday, CEO of Berkshire Hathaway Warren Buffet stated that “Cryptocurrencies basically have no value.” Some skeptics still believe that cryptocurrencies such as bitcoin are not the future. They do not believe in the possibility that bitcoin is ever a good investment as a haven or otherwise.

However, the past few days have led investors to question whether bitcoin is a haven asset like people believe. Amid the massive drops in the stock market on Monday, other safe-haven assets such as gold and bonds saw significant gains. Overnight, gold reached a seven-year high, but then later fell to $1,634.59 per troy ounce. Yields for 10-year bonds fell to 1.3421%, slightly lower than Monday’s close. 30-year bonds dropped to 1.8135%. This was only marginally higher than the record low of 1.786% it reached earlier in the day. Bitcoin isn’t responding to market influence in quite the same way. It has been gaining steadily, but not majorly in comparison to bonds and gold, which have seen an influx in demand. It is entirely possible that bitcoin is not a haven asset but preferably operates as a wholly new form of asset.