XAUUSD, GBPUSD, and USOIL are the assets SimpleFX analysts recommend to add to your watchlist this week. Each one offers a great opportunity. Make sure you have your SimpleFX fiat or cryptocurrency account funded, and make the right order at the right time.

You can plan ahead on your laptop and execute the order with your mobile using the same SimpleFX WebTrader.

Will Gold Attack the Resistance? 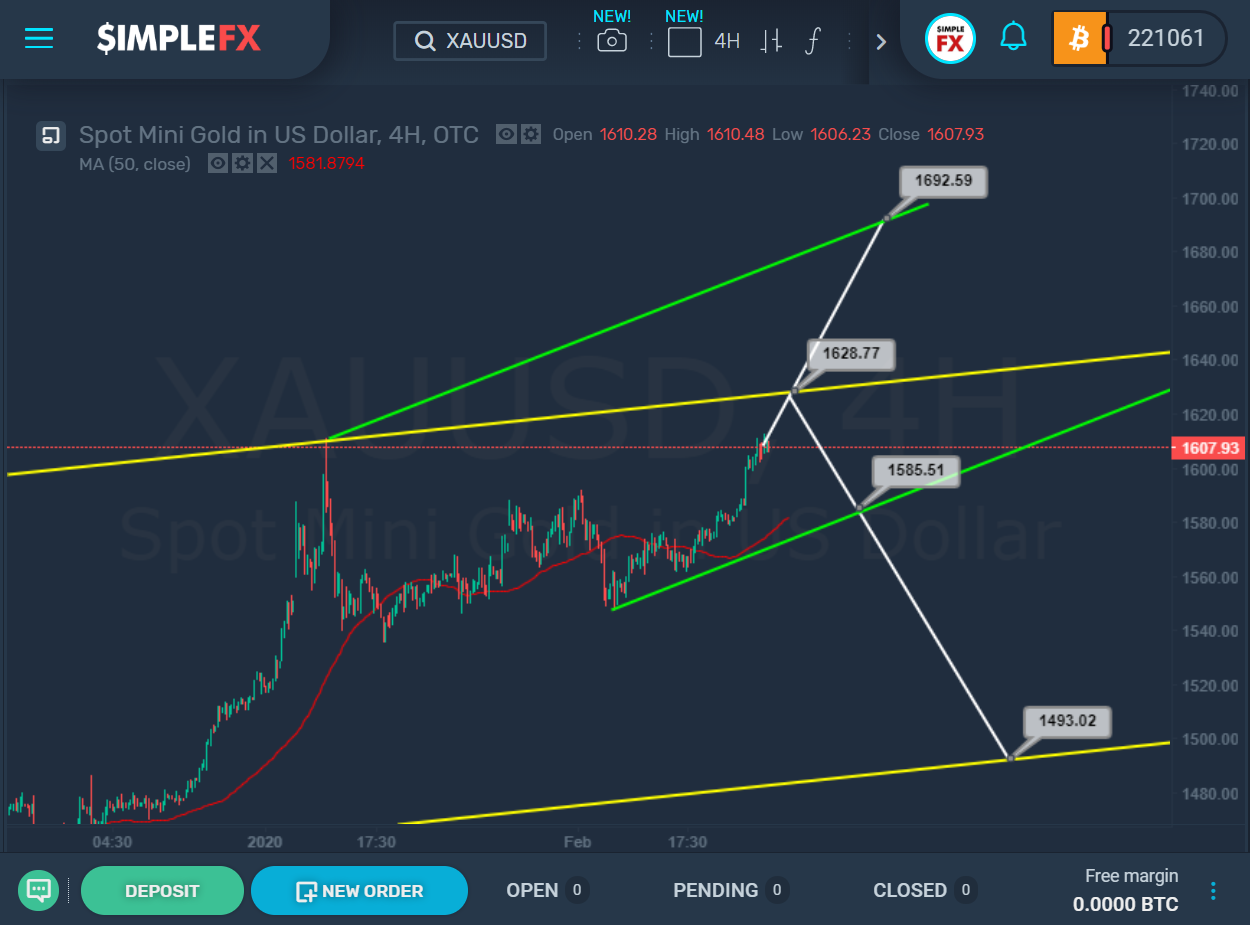 The market continues to move inside the yellow channel, gradually approaching its upper wall. It is likely that soon the bulls will reach the resistance level of 1628.77, which is on the bound of the yellow channel.

Then the market may choose different behaviors. Or we will see a break of the specified level, in this case, the price growth will continue in the direction of the upper bound of the green channel and the resistance level of 1692.59.

Either we will see a rebound from 1628.77, in this case, we could expect a decline to the lower bound of the green channel and the support level of 1585.51.

Further, in case of a break below the specified price level, the bears will open the way to the lower bound of the yellow channel and the support level of 1493.02.

An approximate scheme of a possible future movement is shown on the chart. 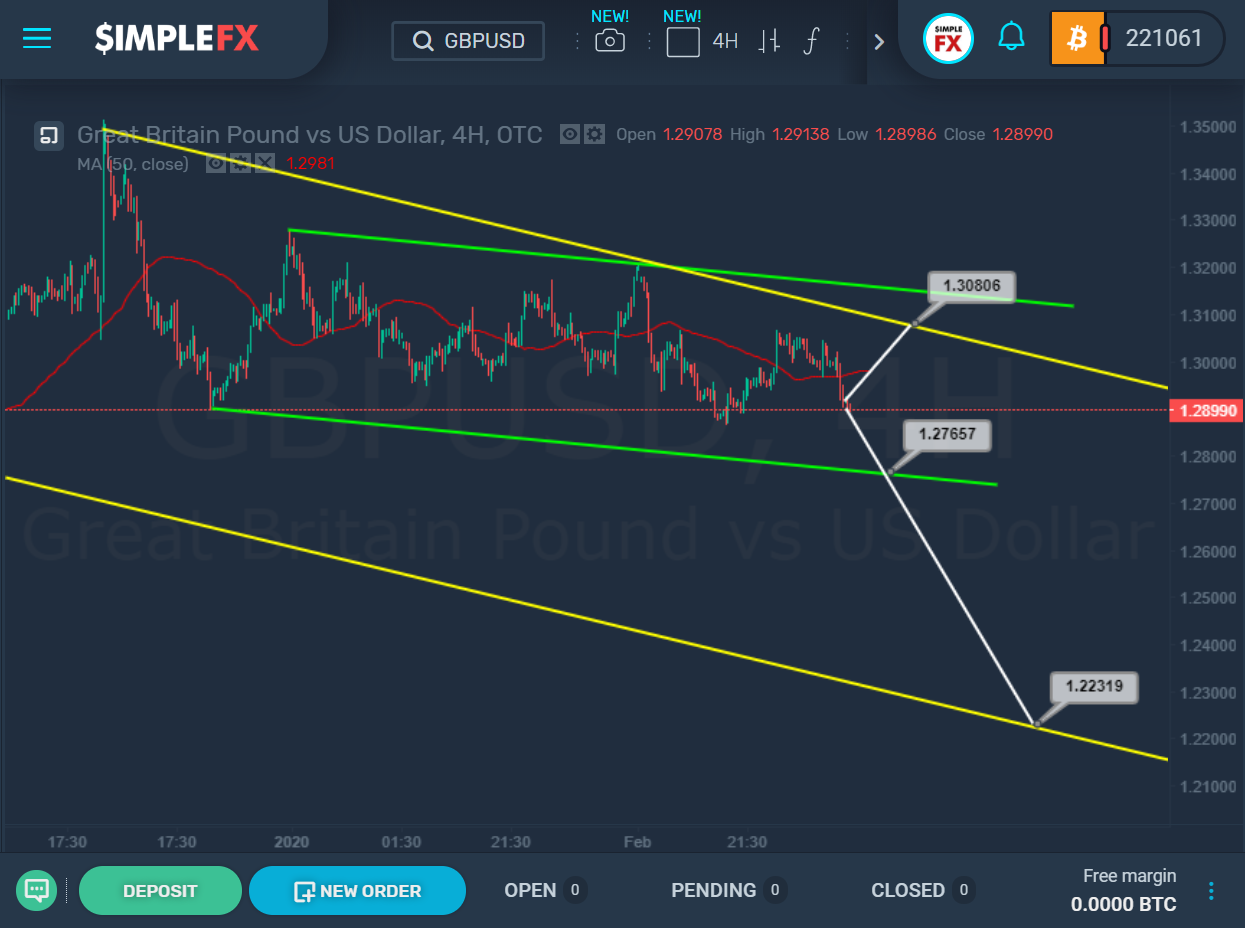 For a long time, the market moves near the upper bound of the yellow channel. Not so long ago, the price touched this wall, after which the bears began to put pressure on the market and push it down, but the bears did not manage to move far from the level of the upper yellow bound.

If the bulls take the price behavior under control, we may see some market growth in the 1.308 area, however, if this does not happen and the decline will continue, we could expect the first decline to 1.276, and then, in the case of a break below this price level, the bears may open the way to the support level of 1.223 and the lower bound of the yellow channel.

So, let’s keep an eye on the market’s behavior near the important support level of 1.276.

USOIL on a Swing 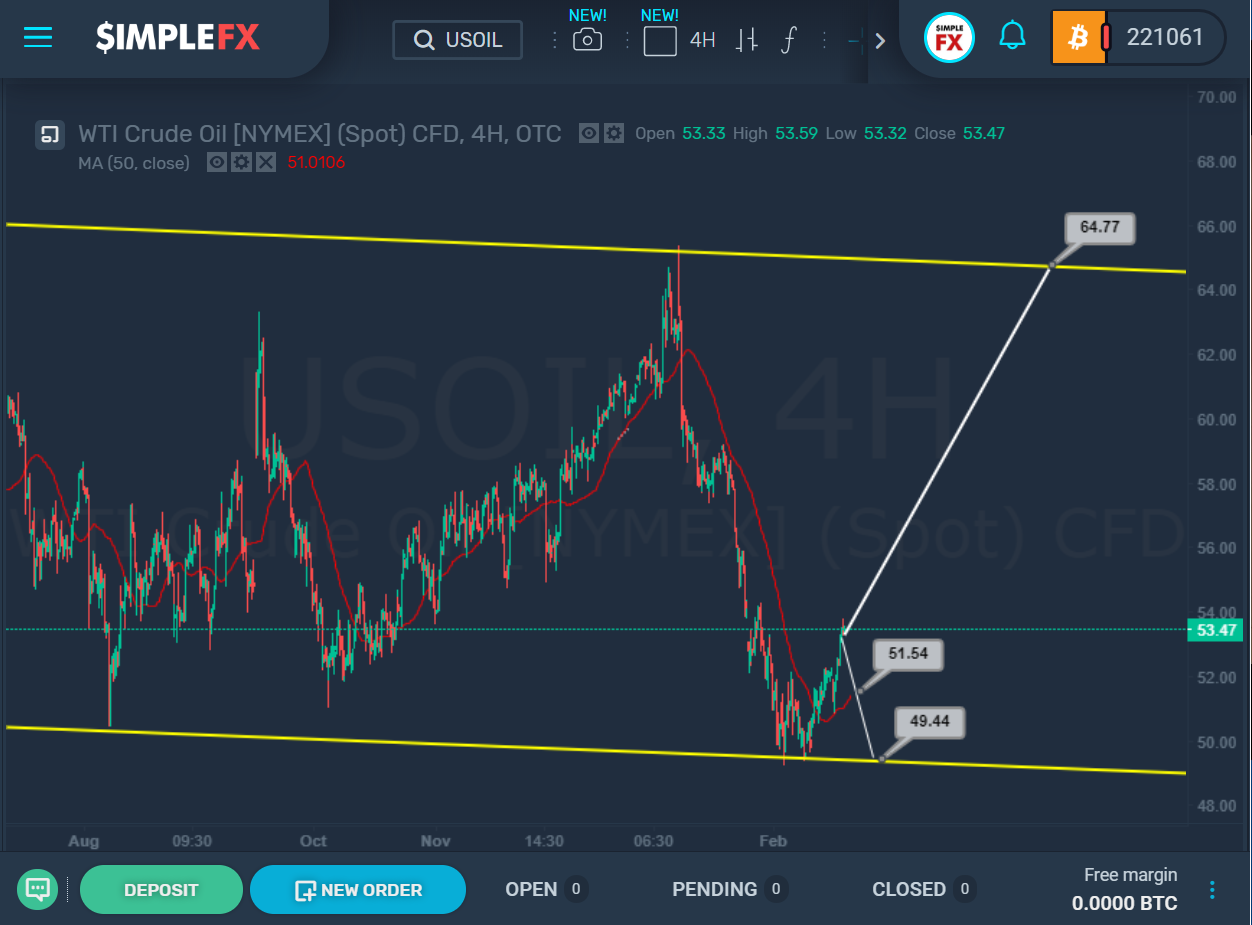 The current USOIL structure shows us that after rebounding from the upper wall of the yellow channel, we saw a rapid downward trend towards the lower bound of this channel.

The price rebounded exactly from the support level that the yellow wall forms, and began to move up.  It is likely that at the moment the bulls have taken control of the price movement, and they are pushing the price in the direction of the important resistance of 64.77, which is on the upper wall of the yellow channel. Thus, during the next trading weeks, we could expect the market to grow towards this target.

An alternative scenario can be implemented if the decline continues and the resistance level of 51.54 breaks, which is formed by the red line of the moving average. If this level is broken, we could expect a decline to 49.44, i.e. to the level that is on the lower bound of the yellow channel.

In March SimpleFX cuts spread on all transactions. Make the most of this opportunity.

commodities featured forex gold
Share. Facebook Twitter Pinterest LinkedIn Tumblr Email
Previous ArticleHow to Earn a $500 Cashback Trading in March
Next Article Bitcoin Halving – What Is It? When Will It Happen? How Will It Affect the BTCUSD Price?