Are We Seeing the Beginning of a New Trend on USDCHF? 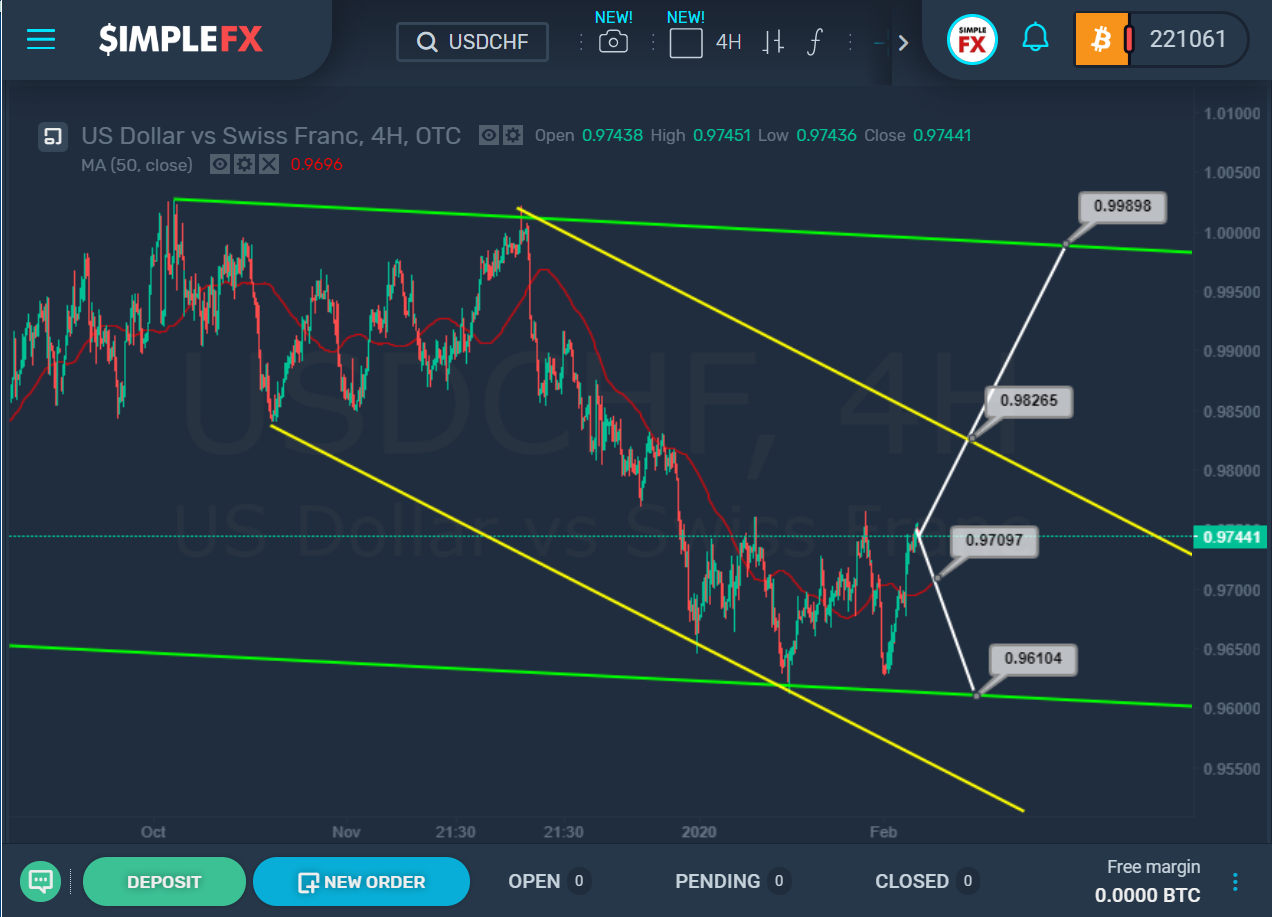 We saw a long downward movement of the market from the upper bound of the green channel in the direction of its lower wall. Then, after rebounding from this line, the bulls slightly raised the price up.

It is likely that now we see the beginning of a new bullish trend, and in a few trading days, the bulls will be able to raise the price to the upper bound of the yellow channel and the resistance level of 0.982.

In the event of a break above this level, the market is likely to open a path in the direction of the upper bound of the green channel and the important resistance level of 0.998, located at this bound.

However, in this situation, we should also consider an alternative scenario, according to which the bears can again put pressure on the price and bring it closer to the lower green wall.

This will happen if there is a break below the support of 0.970, which is formed by the red line of the moving average. In this case, we will expect a decline to 0.961, as indicated on the chart.