You are at:Home»Analysis»Gold on the Rise After a Sharp Drop

After the market rebounded from the upper bound of the green channel, we saw a slight decline and an upward correction. It’s not clear what price’s plans are.

Either the resistance level of 1583.74, which forms the upper bound of the green channel, will be broken in the near future, in this case, we will see the market grow towards the upper yellow wall and the resistance of 1623.83.

Either we expect a break below the moving average near 1569.55, in which case we will see a decline near 1488.96. This level is located at the intersection of the lower bounds of the yellow and green channels. 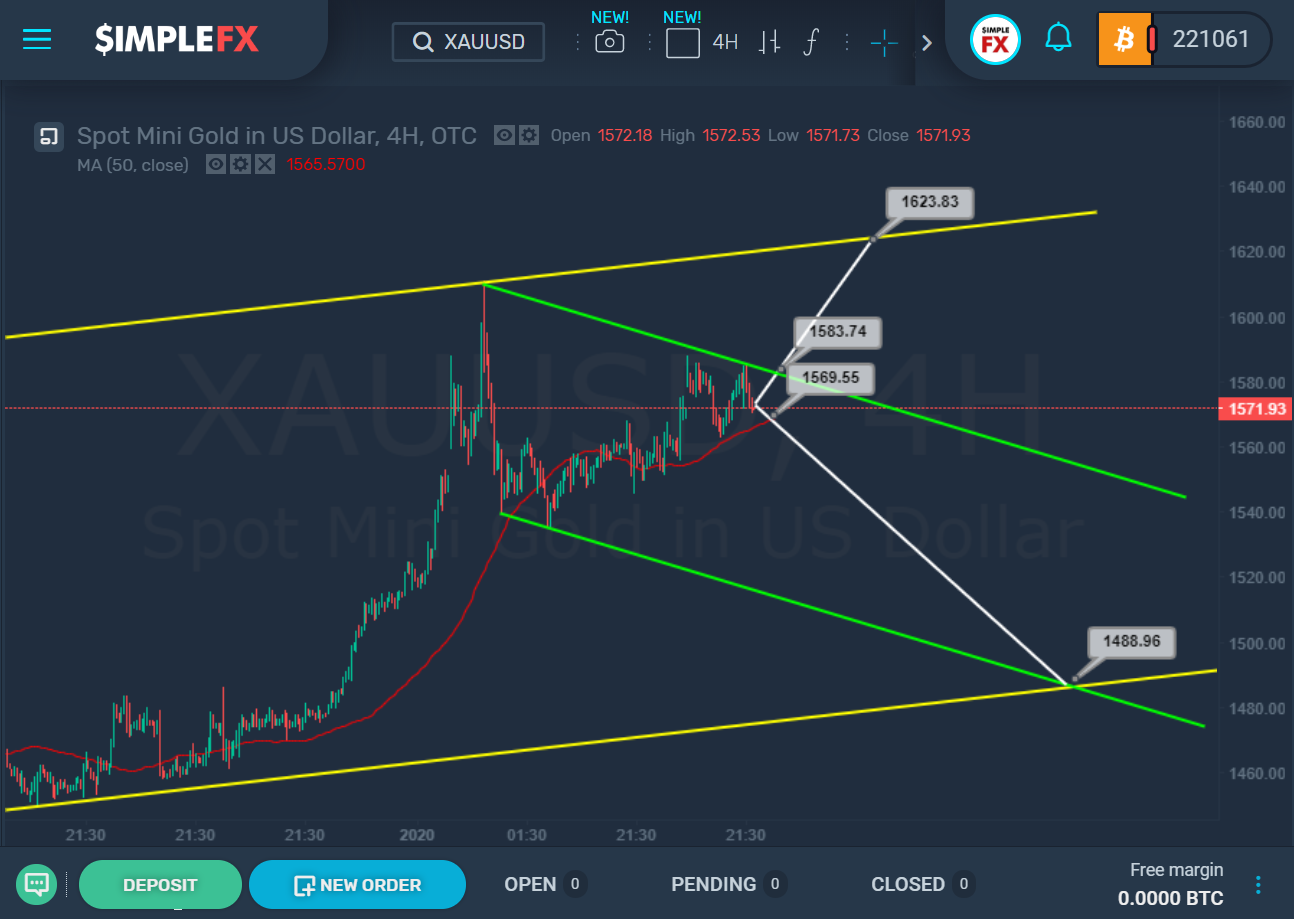 The approximate scheme of possible options for the future movement is shown on the chart.