Trading Pound Sterling Against Euro? Here’s a Chart for You 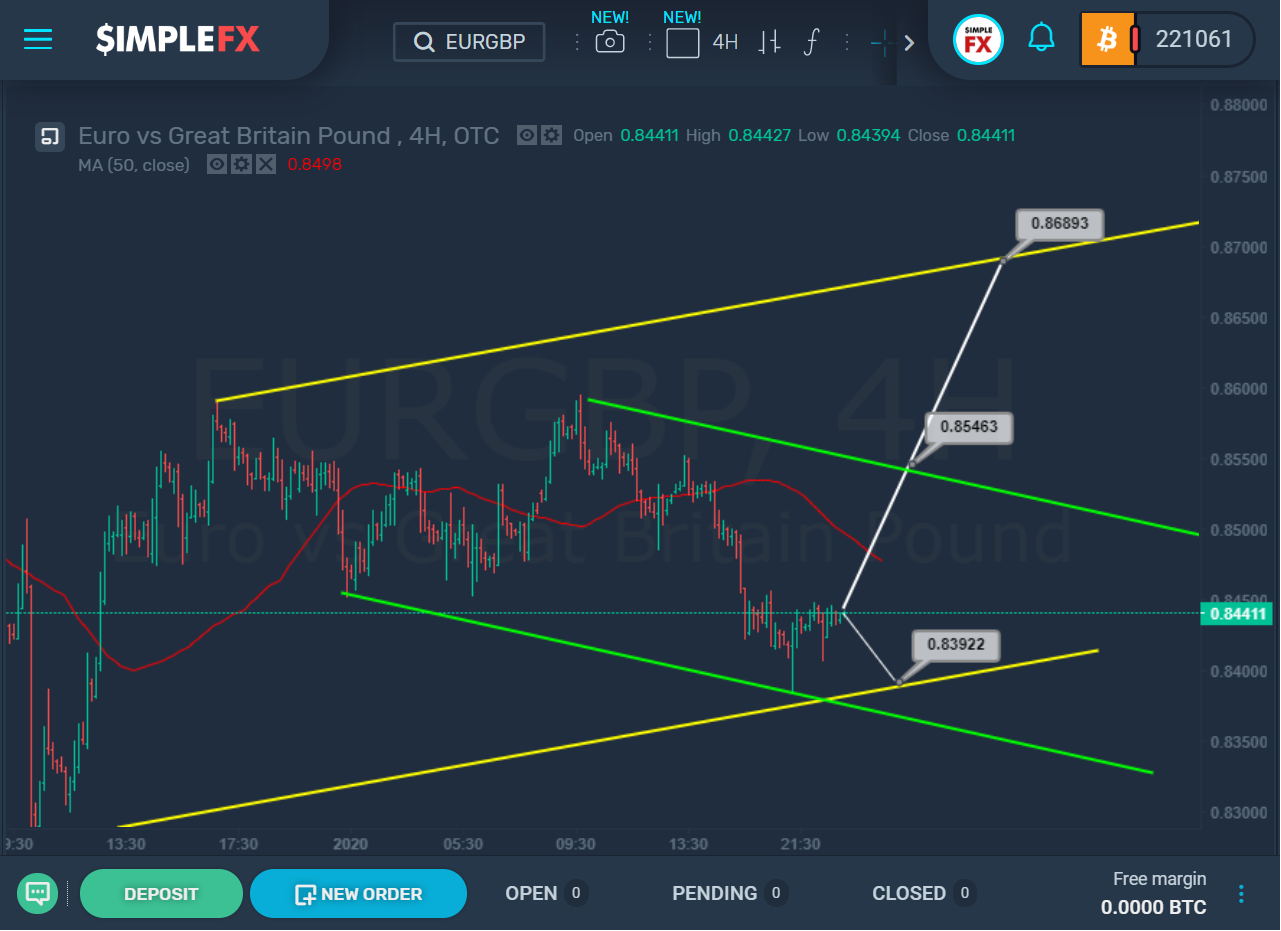 During the previous trading weeks, we saw a smooth decline in the price from the upper bound of the yellow channel to its lower wall. The price almost touched the yellow bound, after which the market formed a small upward movement.

If the market growth continues in the near future, we will see the bulls rise to the resistance level of 0.854, which is on the upper wall of the green channel.

If the specified level is broken, a path will be opened for the bulls in the direction of the upper bound of the yellow channel and the resistance of 0.868.

An alternative scenario can be implemented if the support level of 0.839, which is on the lower wall of the yellow channel, is slightly reduced. A decline is possible because the price has not touched the specified bound before.