You are at:Home»Analysis»GBPJPY Once Again Showing Tempting Opportunities 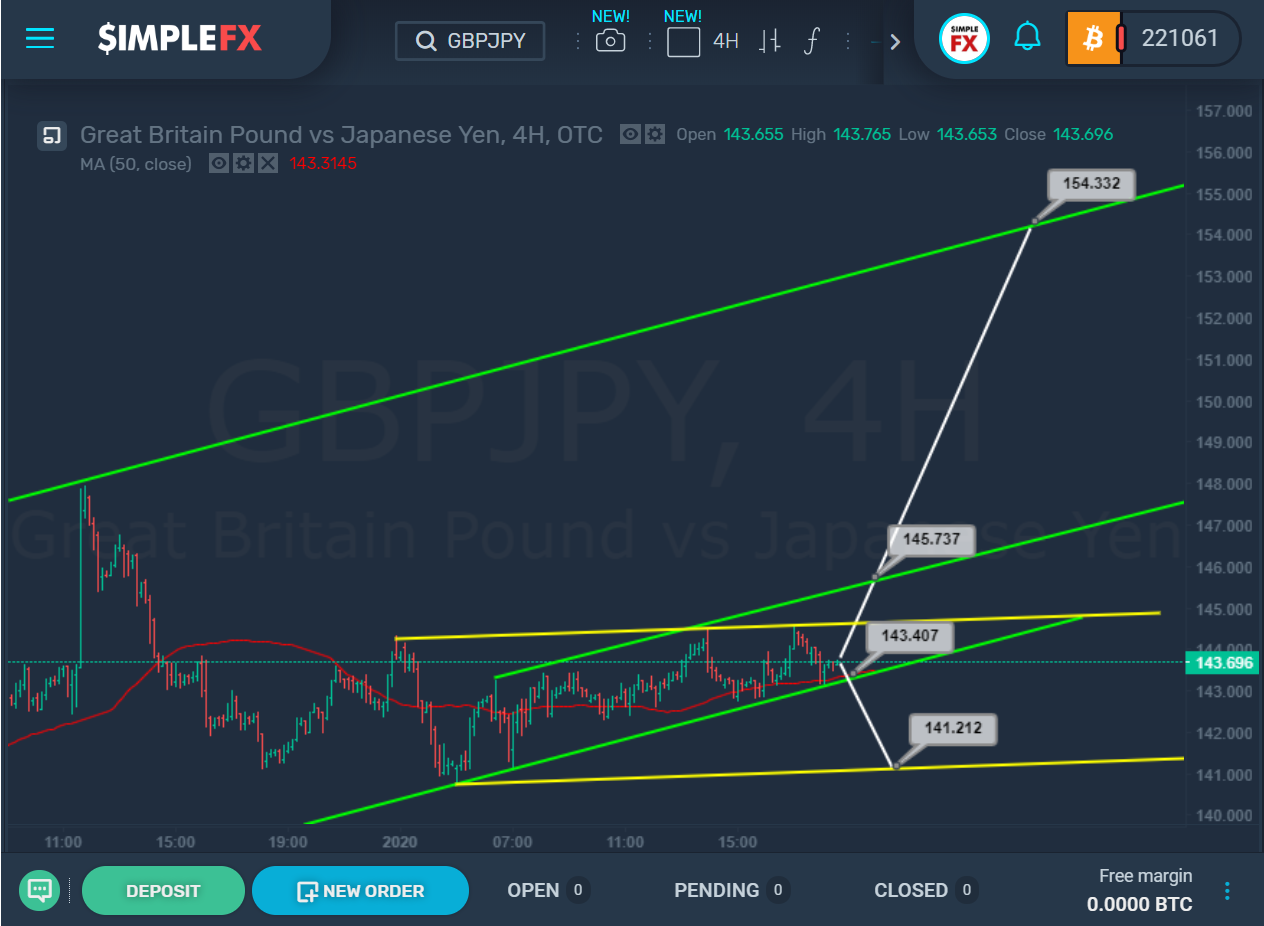 The main influence on the price behavior is provided by a large ascending green channel. After rebounding from its upper wall, the price fell to the lower bound, but it failed to break below it.

After that, we saw the market creep along with this bound, being inside the green channel.

In this situation, two scenarios should be considered. According to the first scenario, we can see the growth of the market from the lower green bound in the direction of its upper wall. Confirmation that the price is moving in this scenario will be the break of the resistance level of 145.73, in this case, the bulls will open the way to the next important resistance of 154.33.

If the market goes below the support level of 143.40, then the decline may continue to the lower bound of the yellow channel and the support of 141.21.