You are at:Home»Analysis»Some Useful Tips for Trading Apple Stock 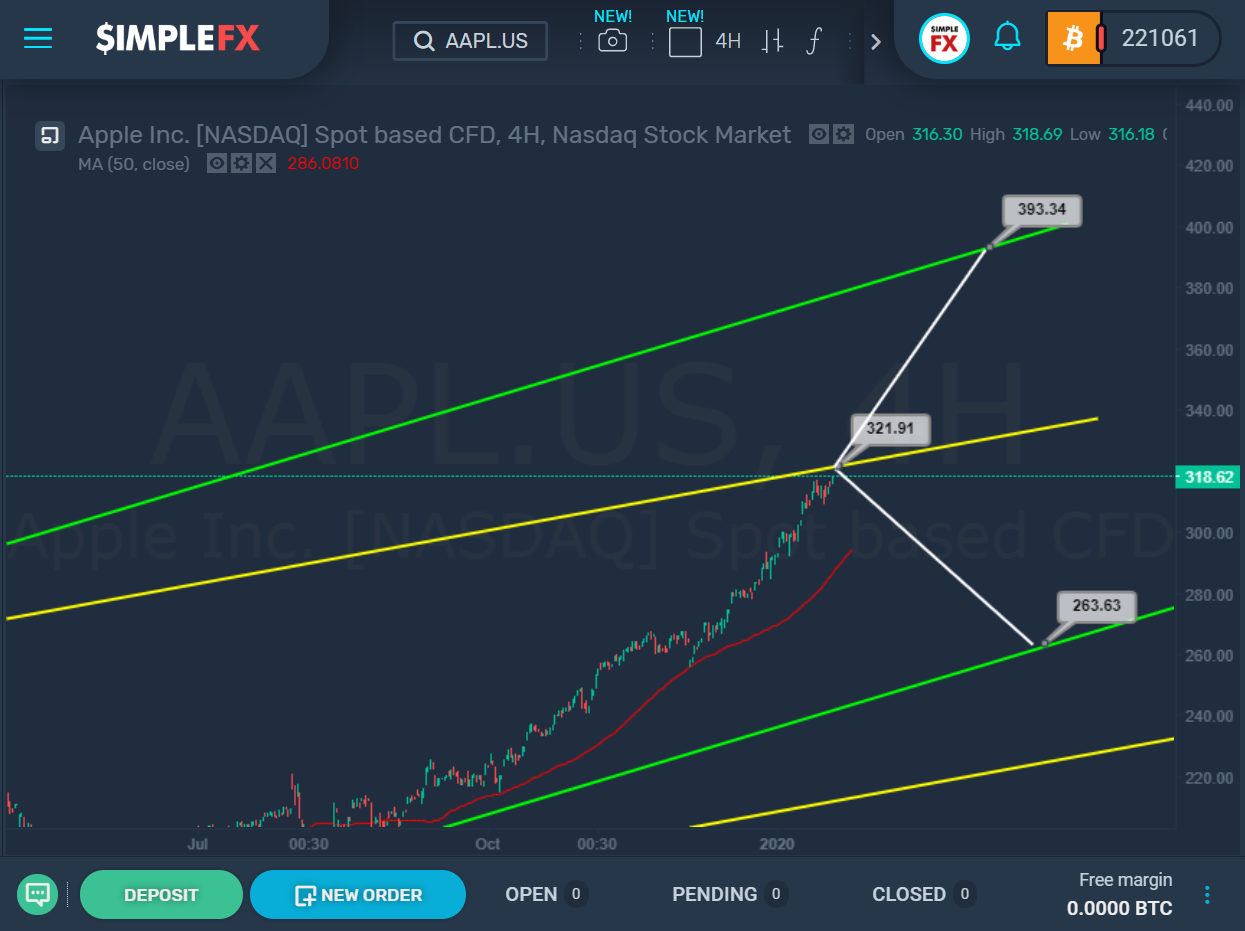 The rapid trend that has continued over the past months has almost reached the upper bound of the yellow channel and the resistance level of 321.91.

There is no clear certainty as to what will happen next. Given the strength of the trend and the fact that the price has been above the red line of the moving average for a long time, we could expect a break of 321.91 in the near future and continued growth of the market in the direction of the next resistance level of 393.34, which is on the upper bound of the green channel.

However, if we see a rebound from 321.91, this may mean the end of the previous bullish trend. In this case, the market may start moving down to the area of the support level of 263.63, which is on the lower wall of the green channel.