You are at:Home»News»War with Iran? The U.S. Stocks are Attacking New Historic Heights

The United States stock exchanges closed on Thursday with record highs, after the threat of attack from Iran de-escalated.

The stock markets ended Wednesday with losses, but overnight as the threat of retaliation from Iran lifted, shares bounced back. The Dow Jones gained 211.18 points, bringing them to 28,956.90. S&P 500 and Nasdaq both increased 0.7% and 0.8% respectively. 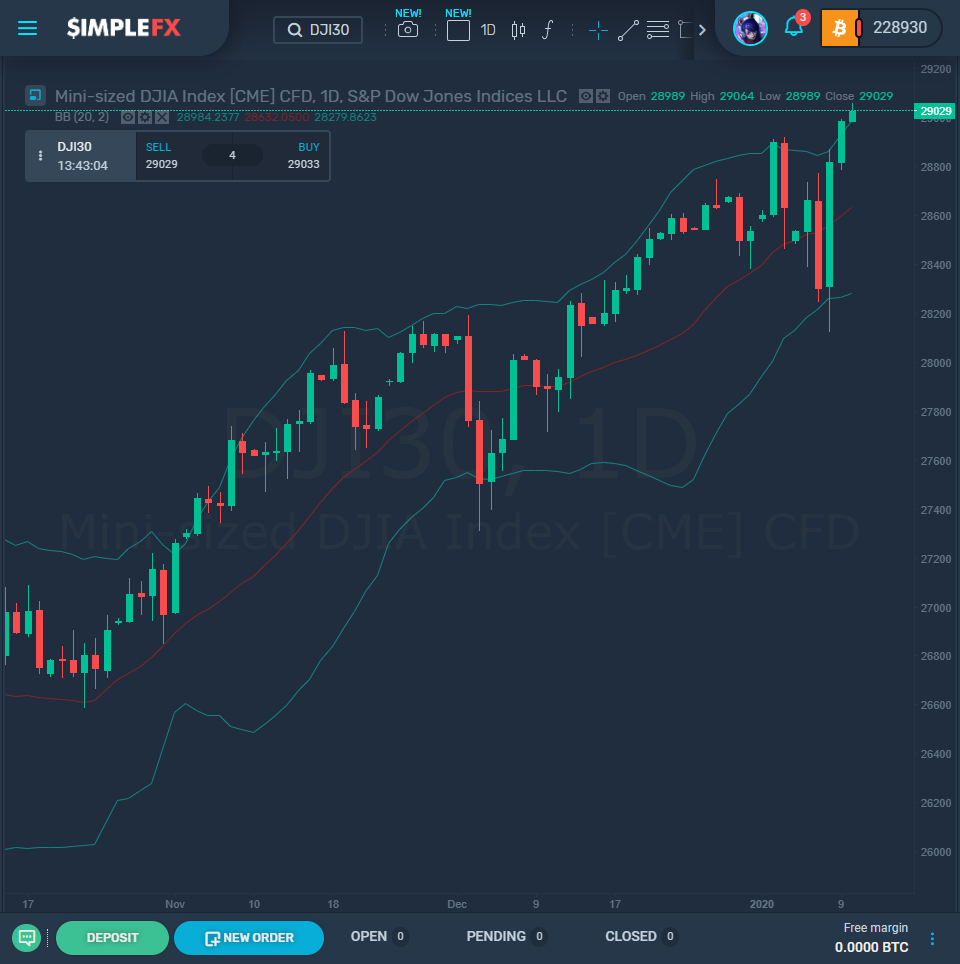 Dow Jones has been gaining for the last three days

The stock exchanges have been experiencing turmoil ever since the United States gave the order for the airstrike that killed Iranian Major General Qaseem Soleimani, on January 3. This was only exacerbated when Iran retaliated by firing at U.S. military bases in Iraq and escalating the situation, although no Americans were hurt. Investors became wary about the effects that this could have on a global scale, and there has been a significant drop seen in all three of the main U.S. stock markets.

However, as of Thursday night, tensions in the Middle East seem to be de-escalating, and both Iran and the United States are backing down from what appeared to be imminent war. Oil was one of the significant stocks to be affected by the threat of war with Iran, and prices were quickly driven up. The price per barrel of West Texas Intermediate crude oil has fallen back down to $60, a significant drop from its’ intraday peak of $65 a barrel. 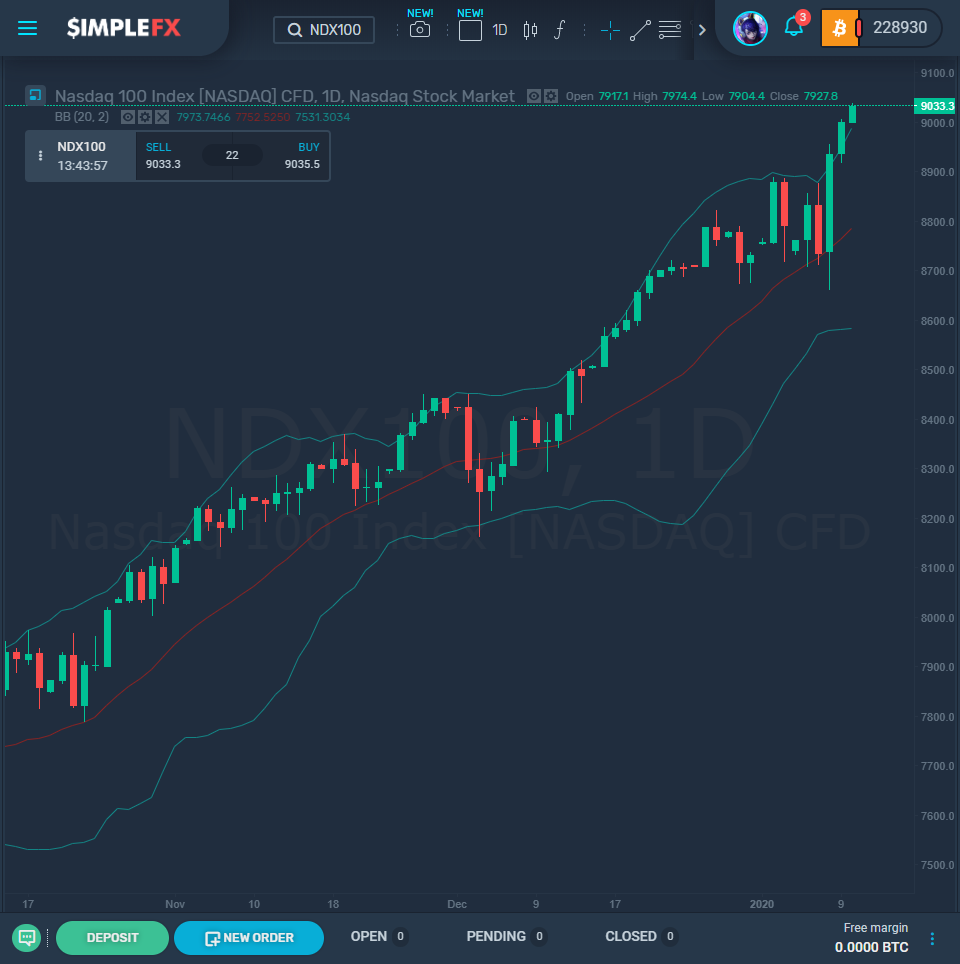 Nasdaq is on the rise, too

Boeing Co has experienced highs and lows this week, due in part to the events unfolding in Iran. Shares rose on Tuesday after it was announced that pilots of their 737 aircraft would undergo more extensive training, but then dropped again on Wednesday after news of a 737 crash near Tehran. This crash was initially attributed to engine failure, and all 176 passengers on board lost their lives. Shares rose by almost 3% today, as evidence grows to suggest that the crash was caused by missiles, possibly shot by Iranian militia.

Throughout the week, tech companies appear to have avoided almost all adverse effects that the rest of the stock market was facing, and today was no different. Apple was one of the biggest winners of the day, with shares rising 2.8% after the sale of iPhones rose by 18% in China over December. Shares in Advanced Micro Devices rose by 2.4% after they were upgraded from “neutral” to “buy” from an analyst at Mizuho Securities.

The stock markets will likely revert to healthy trends reasonably quickly, as market strategists have noted that geopolitical tensions such as this very rarely have a long-term effect. Ryan Detrick, the financial senior market strategist for LPL, notes that based on previous trends. However, stocks may currently seem volatile with extreme highs and lows; things will inevitably balance out relatively soon. Past crises such as 9/11, the London subway bombing, even Pearl Harbor saw the S&P 500 index loses, on average, 5%, but these losses are always wholly recovered in less than 50 days.