You are at:Home»Analysis»Have Bears Taken Over Australian Dollar? 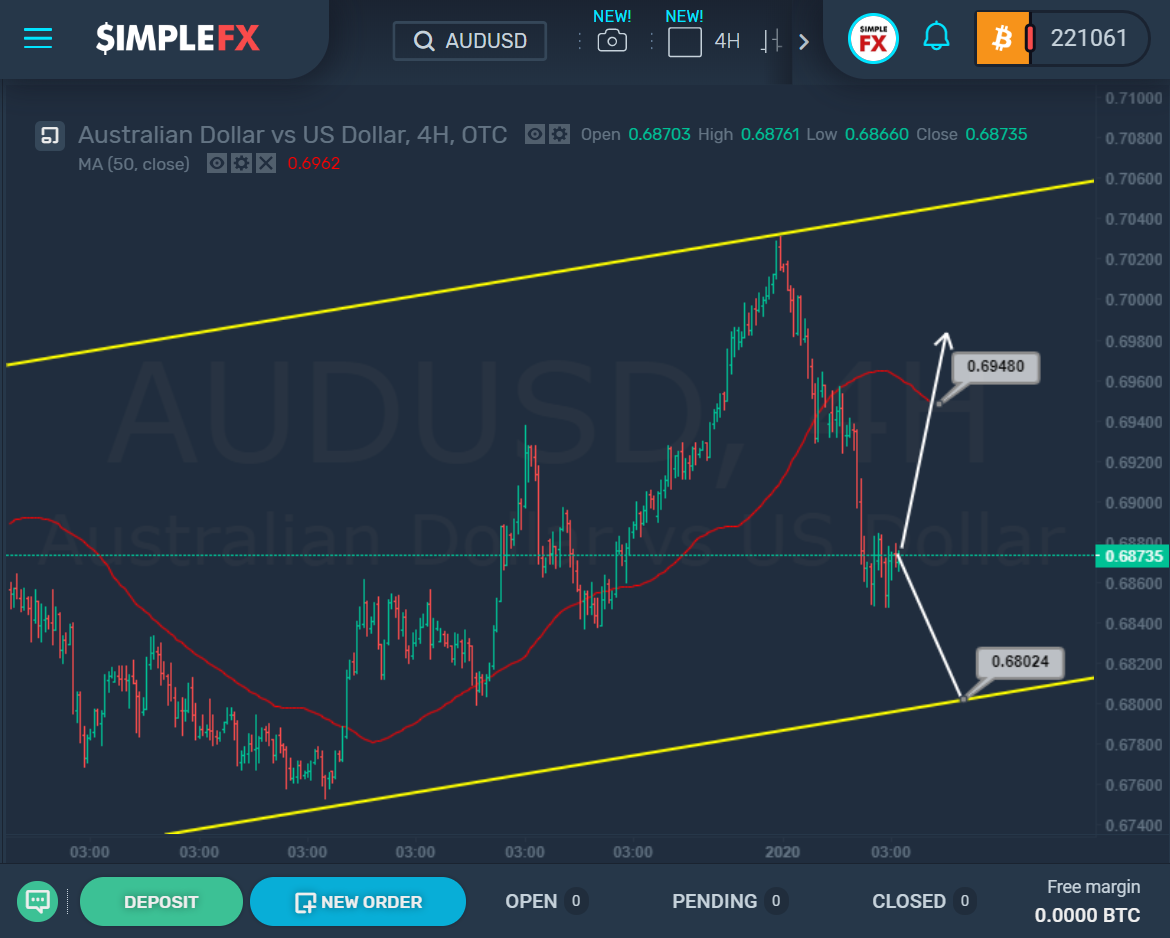 After the rebound from the upper bound of the yellow channel, we saw a fairly strong bearish trend. The market broke through the red line of the moving average, after which the rapid fall continued.

Every day, the bears are getting closer to the support level of 0.680, which is on the lower bound of the yellow channel. Thus, in the near future, a decline to this target level is possible.

The fact that the price is well below the red line of the moving average also shows that the bears are strong.

The trend may change if the market begins to form an upward or sideways movement, gradually approaching the red line. Then, if this line breaks near 0.694, the way to the upper bound of the yellow channel may open for the bulls.

Keep in mind that as new bars form on the chart, the resistance level that is on the red moving average will approach the current price value.