You are at:Home»News»Trade the Most Shorted NASDAQ Shares

Peloton is a US company listed on NASDAQ. It went public in September and as of today you can trade it with SimpleFX. Peloton sells training equipment and video training programs. The company was started with the help of a Kickstarter funding campaign.

Over the last days Peloton stock lost over 18%, and traders all over the world are shorting its shares. SimpleFX traders have made impressive profits opening “SELL” orders with high leverage. Some of them using 1:50 leverage – the highest leverage for this instrument available. 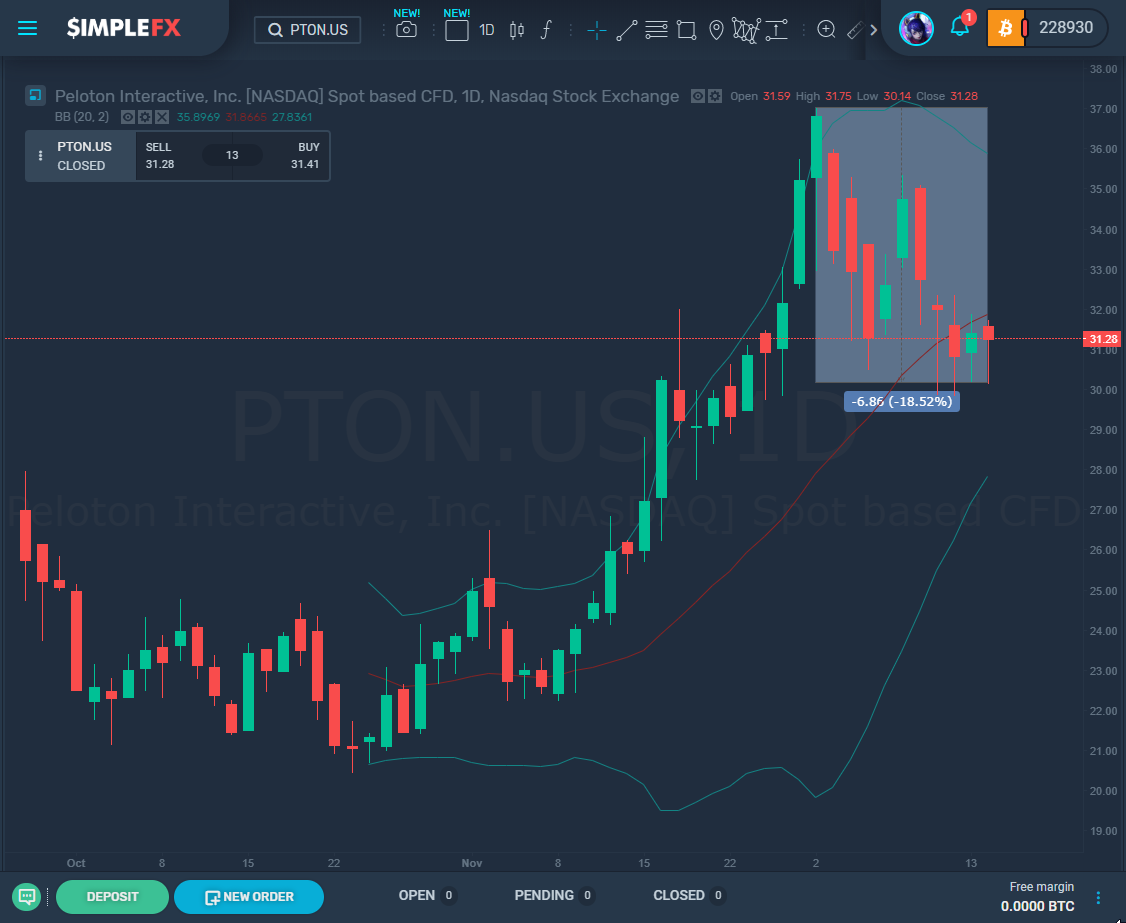 The sellout accelerated after a controversial Christmas commercial was aired last week. The ad told a story of a husband buying a Peloton stationary bike for his already fit wife as a gift. American public found it disrespectful that the company only depicts fit people using its equipment, and shows no stories of overweight persons changing their lives thanks to the training plan.

Many found the commercial offensive and the stock dropped heavily as the add was widely criticized.

The controversial commercial that went viral:

Over the six days after the incident, the stock fell 11%. Peloton stock has become the most popular short position. The market cap of the company lost over $1 billion

That’s not all. Some analyst predicts that the stock that closed at $31.28 yesterday, may fall even further in 2020 to $5, according to an activist short-seller Andrew Left. This would mean an 84% downfall.

The Peloton stock may as well recover. Which scenario do you choose? One thing is rather certain there should be high volume and high volatility on the controversial stock as so many investors shorted it already. Make sure you don’t miss this opportunity and trade the hottest NASDAQ shares of December.