You are at:Home»Analysis»How Will Weather Forecasts for Winter Affect NATURALGAS? 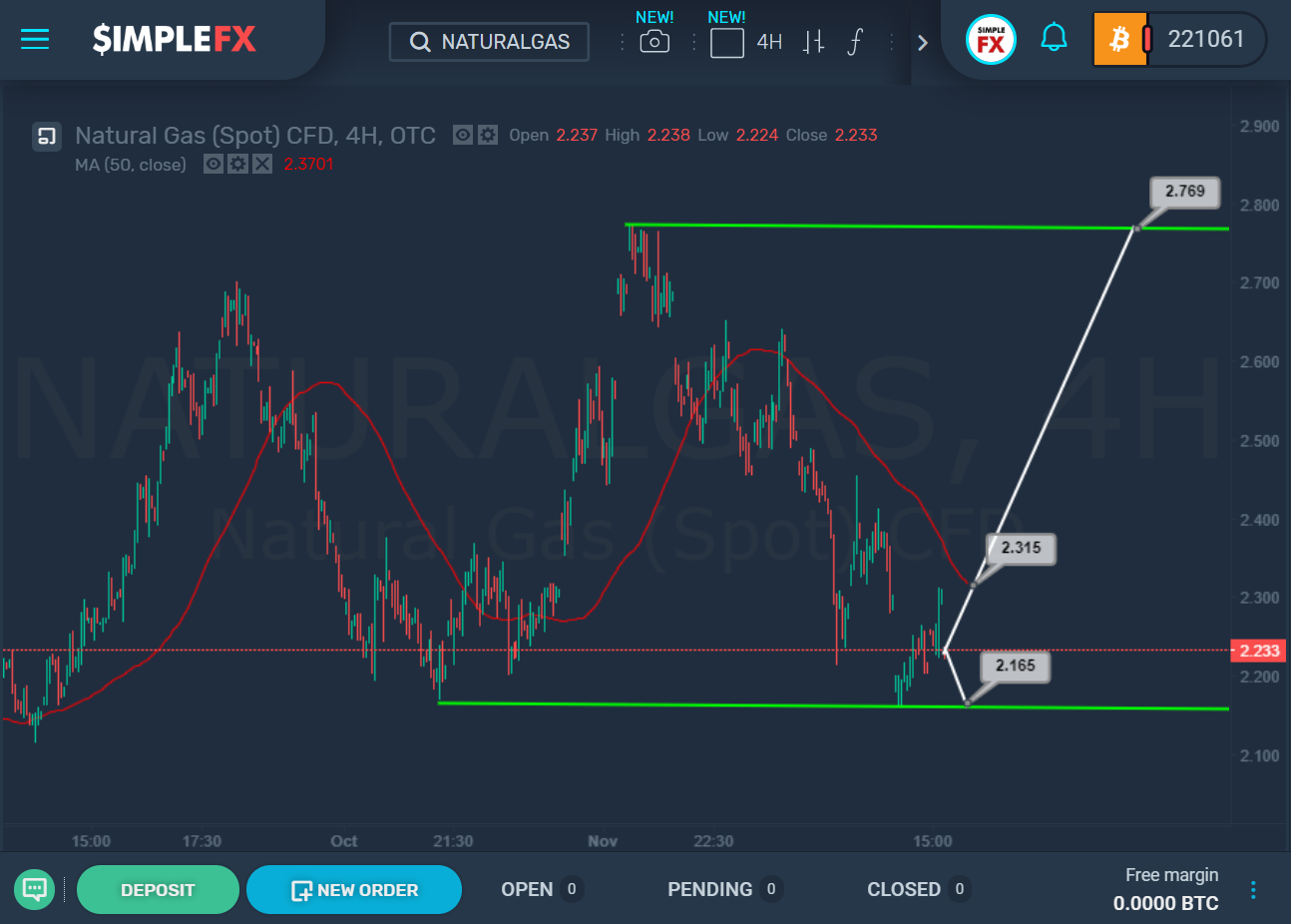 The current NATURALGAS structure hints that at the moment the price movement can only be described by the bounds of the green channel. However, in case of a break of the support level of 2.165, near which the price is, the green channel will be rebuilt and its slope will be increased.

The break of the previously indicated support level may mean that the upward movement to the upper green bound is postponed to a later date.

However, if in the near future we see a small upward movement to the red line of the moving average, and then the resistance level of 2.315, which it forms, will be broken, the bulls will have a chance to start trending to the upper bound of the green channel and resistance of 2.769.