Hey, Forex Traders! Time to Give EURAUD a Try! 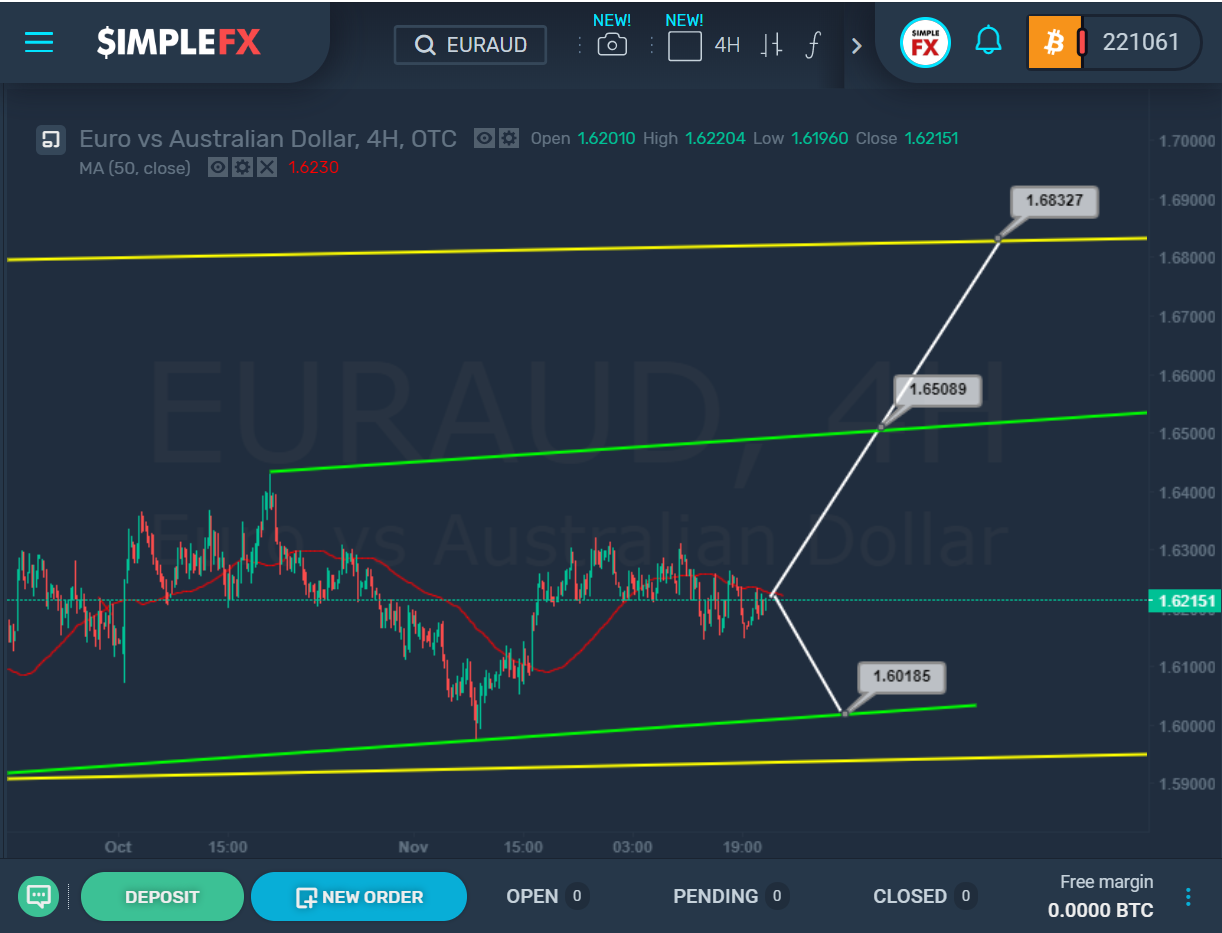 We see the movement of the currency pair at the bottom of the green and yellow channels at the time of writing.

The green channel was built on the latest market movements. The price pushed away from its lower bound and rose into the central zone, after which a sideways movement began. It is likely that in the near future the growth will continue, and we will see a gradual rise of the currency pair to the resistance level of 1.650.

In the event of a break of this level, the rise may be continued to the upper bound of the yellow channel and the resistance of 1.683.

According to the alternative scenario, in the near future, we may see a decline to the support level of 1.601.