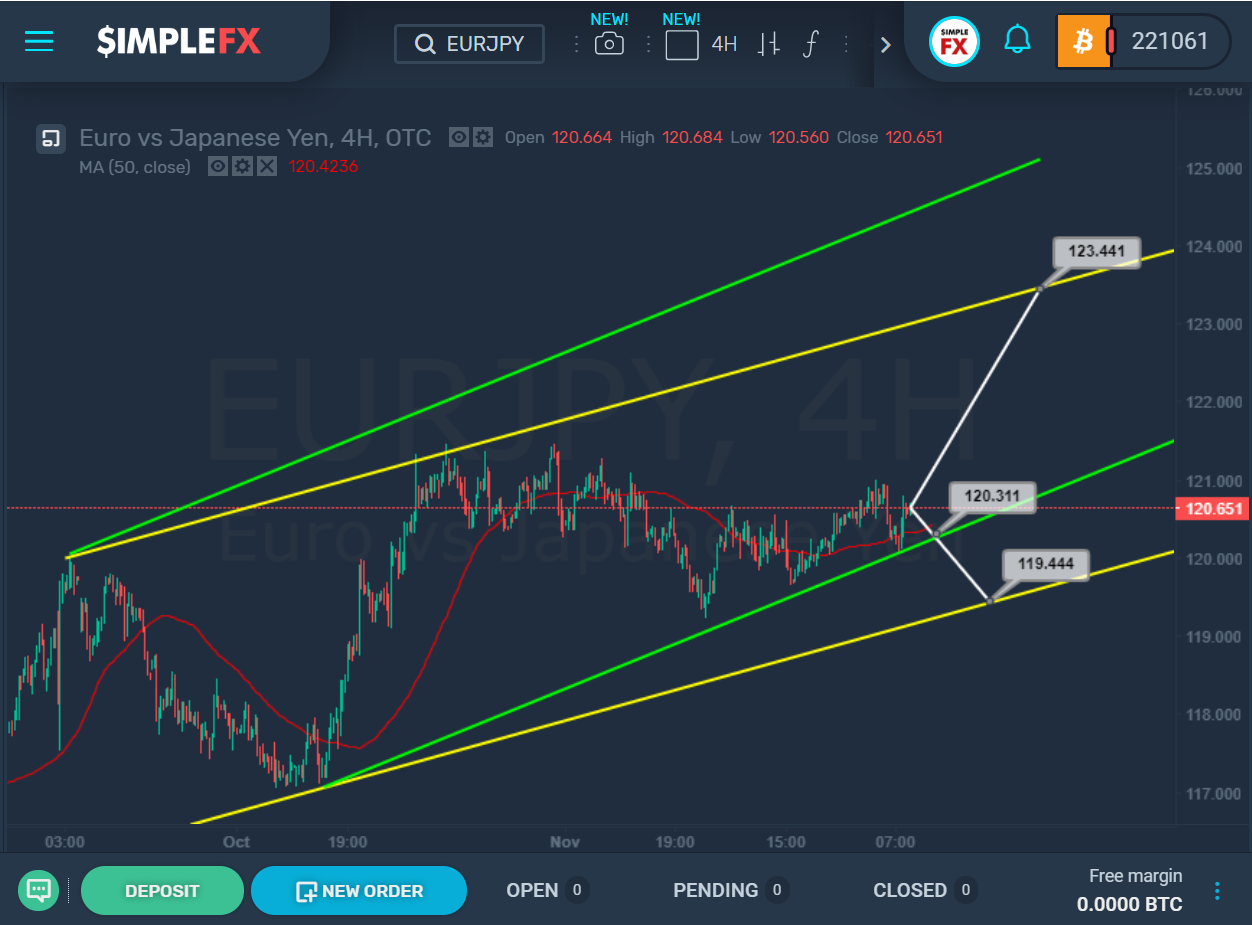 We see that during the previous trading days the price touched the lower green wall several times, but the bears failed to break below this bound. Based on this, it can be assumed that the green wall can resist. In this case, there is a probability of an upward movement in the direction of the upper bound of the yellow channel and the resistance level of 123.44.

However, if we see a break of the support level of 120.31, the bears will open the way to the next support of 119.44, which is at the level of the lower wall of the yellow channel.

The approximate scheme of possible options for the future movement is indicated on the chart.