You are at:Home»Analysis»Oil Prices Split from Stock Markets. Where Will it Go Next? 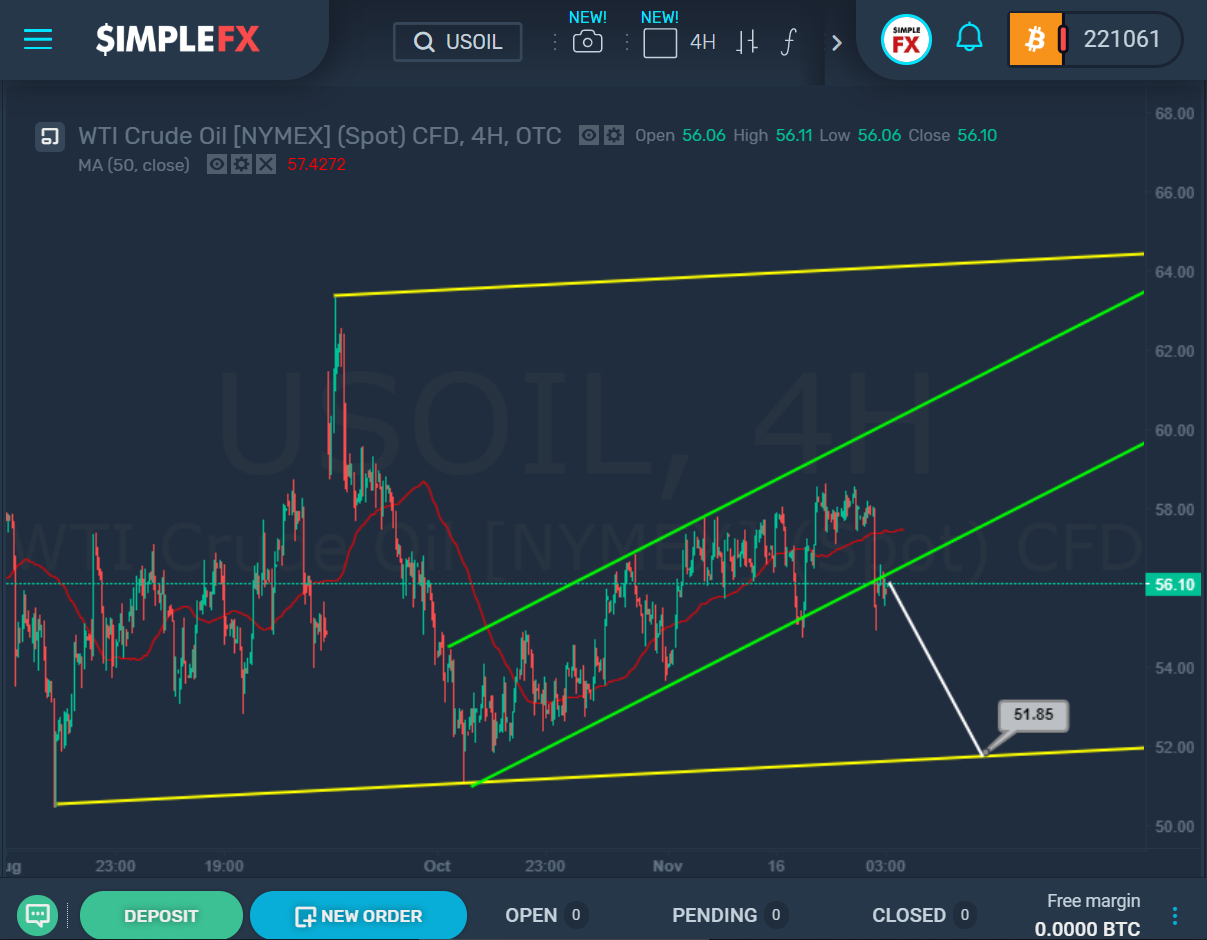 Quite an interesting situation is observed in USOIL. After a sharp decline and rebound from the lower bound of the yellow channel, we saw a smooth and gradual upward movement, which was formed within the bounds of the green channel.

Then the market first pierced the lower wall of the green channel, after which the bears from the second time broke it down. It is possible that the market is now opening the way towards the lower bound of the yellow channel and the support level of 51.85, thus, in the near future, a downtrend is possible.

An alternative option, in this case, is the continuation of a complex sideways movement in the central zone of the yellow channel. Thus, if we do not see a decline in the near future, it is better to stay out of the market, because subsequent price movements may be very difficult.

Make a prediction of the next Non-Farm Payroll value in the SimpleFX WebTrader ShoutBox and win $200 paid in Bitcoin. The next NFP numbers are released this Friday, on December 6, 2019, at 1:30 p.m. UTC.