EURAUD is the Forex Pair to Consider Today 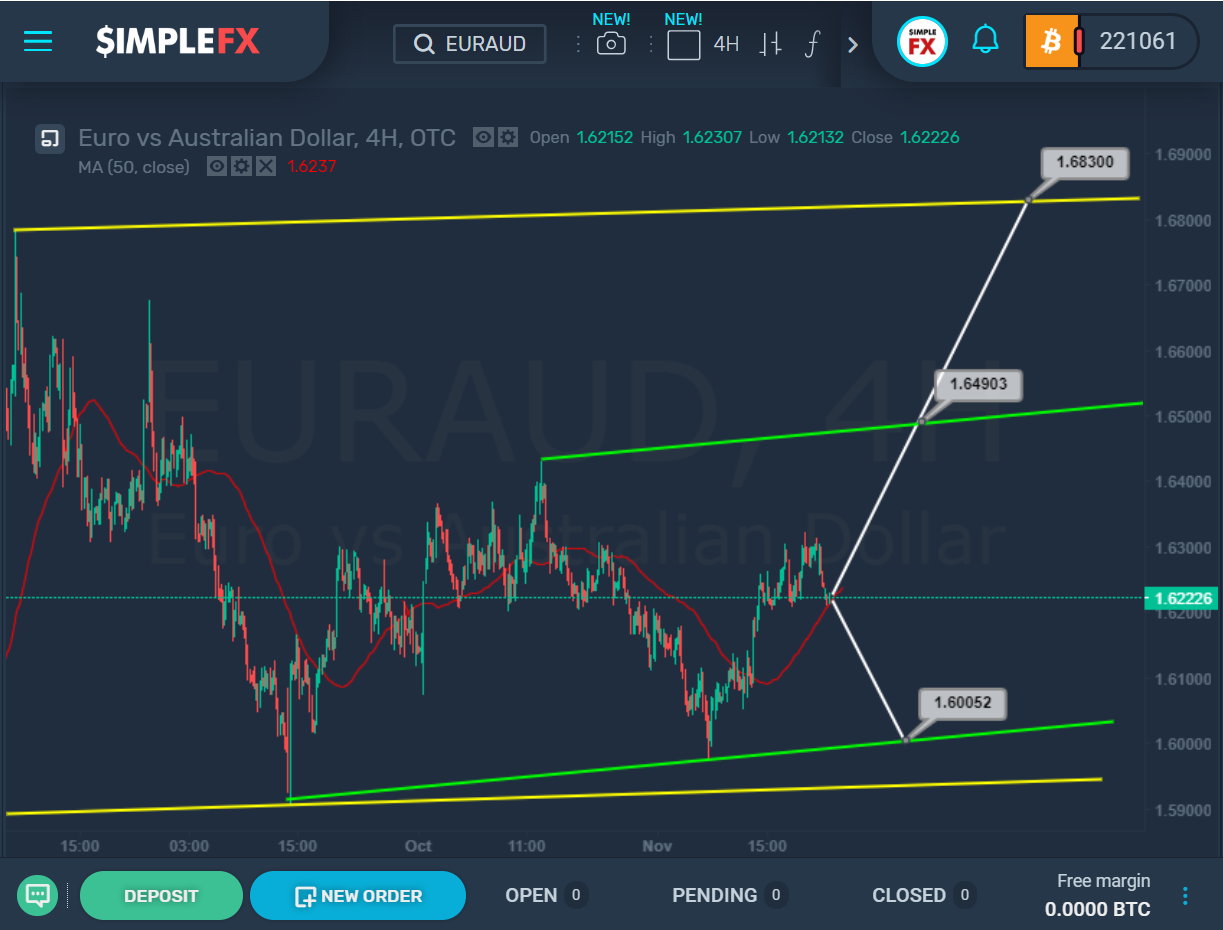 During the previous trading period, EURAUD decreased from the upper bound of the yellow channel to its lower wall. Then the bulls managed to raise the price in the central zone of the yellow channel, after which the bears seized the initiative and pushed the market down again.

It should be noted that now the price is right on the moving average shown in red. If we see a slight decline in the near future, it will mean that the bears have broken through the support that this line forms, in this case, the market may open the way to the lower bound of the green channel and the support of 1.600.

The Best Trading Ideas in July