You are at:Home»News»Not Only Forex and Crypto – Trade with Leverage Stocks and Indices as They Go to the Record Hights

European stocks went up across the board on Monday. The investors were very enthusiastic about the good news concerning the US-China trade war. The Commerce Secretary Wilbur Ross announced over the weekend that US companies could shortly apply for licenses to trade with Chinese telecom Huawei, a highly controversial company that leads the 5G tech revolution, and at the same time, is closely connected to the Bejing government. 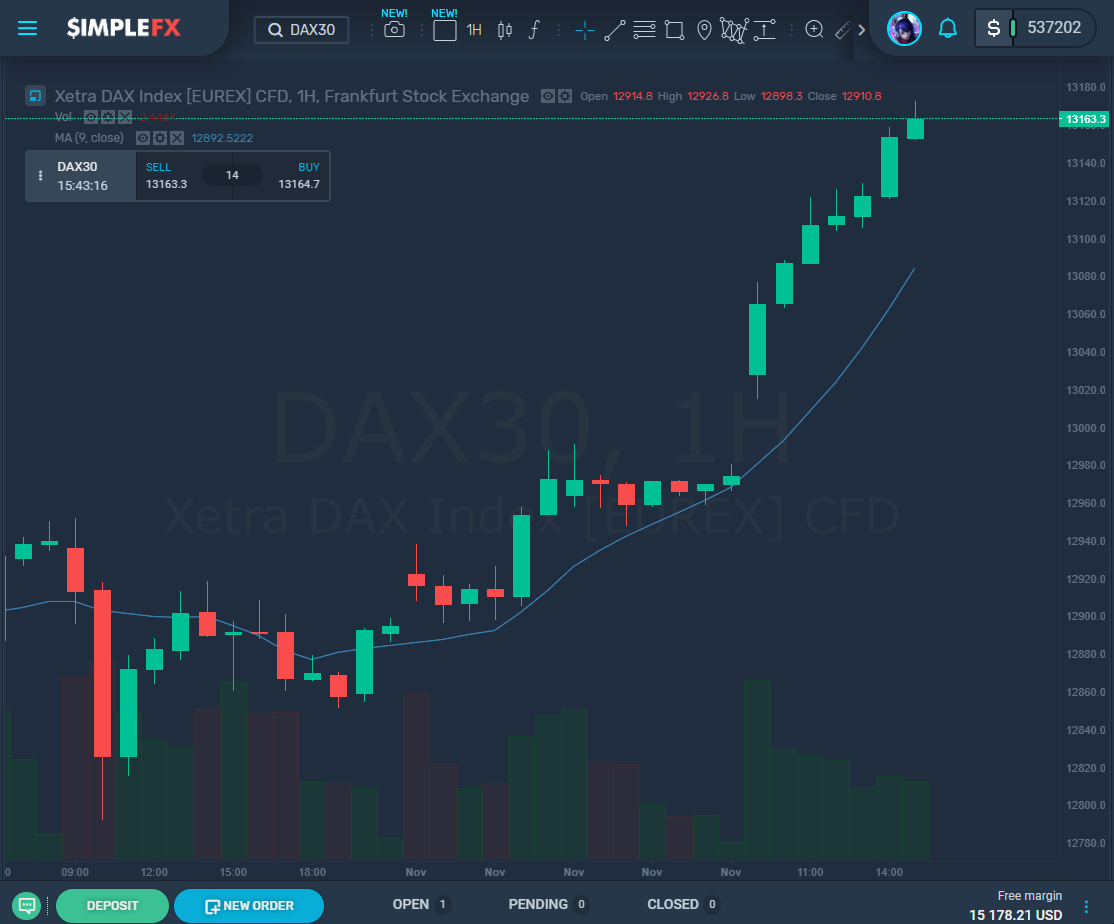 Opening BUY orders on the European and Asian indices and companies proved to be the right strategy for many SimpleFX investors. SimpleFX WebTrader is a go-to app for every kind of traders, especially the ones that like to trade on mobile and react to the news with the right order.

Stock and Indices are an exciting alternative to Forex and Cryptocurrencies that are often completely unpredictable. The biggest European stock markets went up on the news. Taking a long position with high leverage could result in a nice profit. DAX30 going up 1.22% in just a few hours, could payout as much as 50% profit. 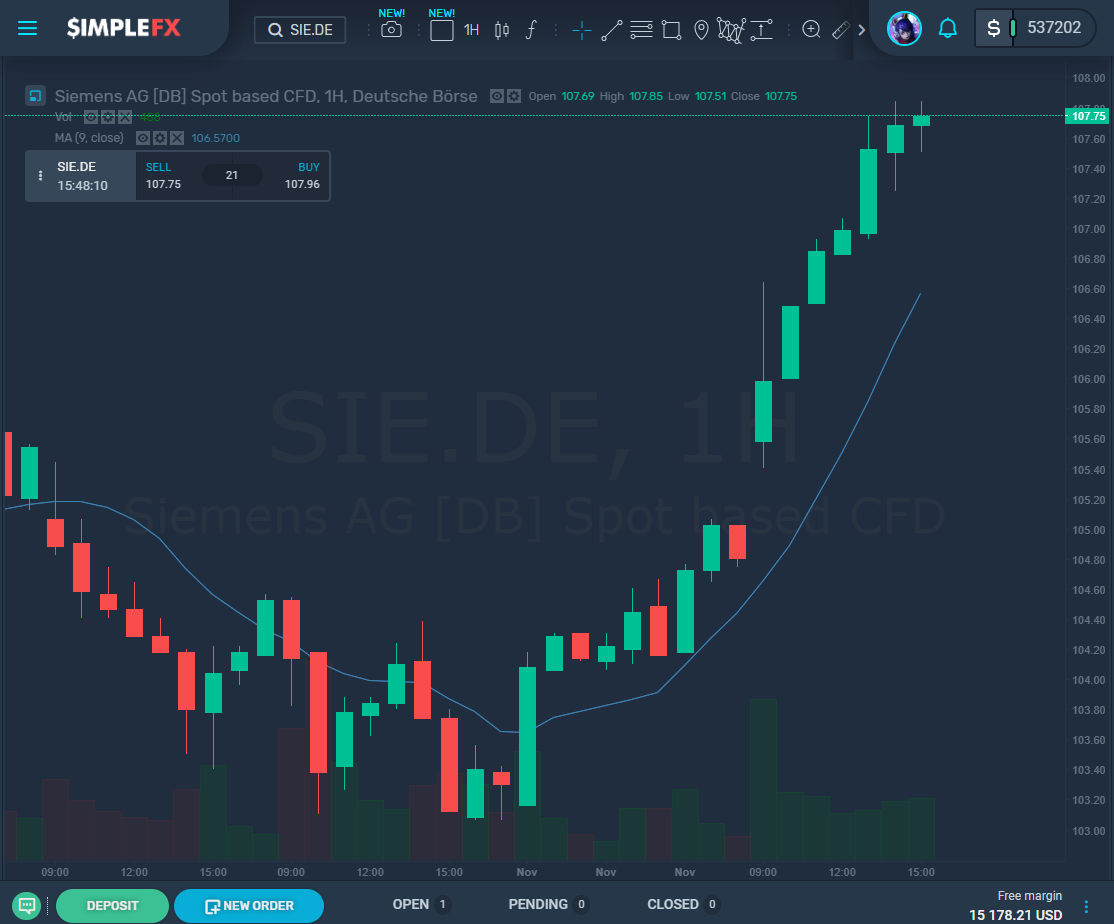 Huawei was the most prominent Chinese company blacklisted by the Commerce Department. The reason was a suspicion of national security threats.

The stock market was down recently because of fears of the trade war. A tariff race between the US and China would drag the global economy down. Fortunately, it looks that both Washington and Bejing have too much to lose and could continue the cooperation.

This was enough for the stock to climb to near 2.5-year highs. The US stocks followed. London’s FTSE100 and Frankfurt’s Dax30 gained over 1 percent. Siemens Helthineers and Ryanair were the most wanted companies. 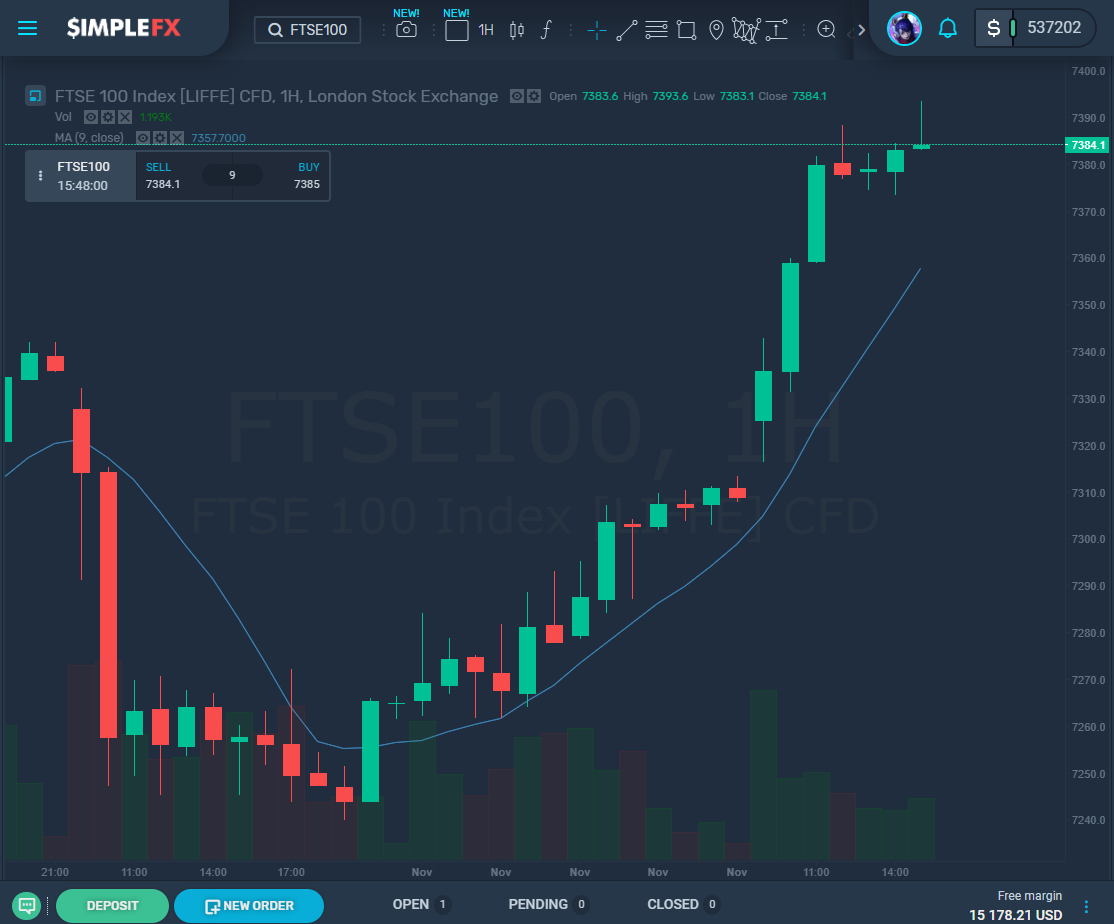 The positive signals from the US administration sparked optimism in the market. Goldman Sachs analysts stated that the "no longer believe tariffs will increase further."

This coincided with good news from the American economy, where the jobs added in October turned out to be higher than expected. This made it possible to believe that the US manufacturing won’t slow down as it had been expected earlier.

Wilbur Ross told Bloomberg TV the US might not need to impose its planned 5-15% tariffs on European and Asian cars thanks to some positive discussions. The automotive sector surged, giving another profit opportunities to the insightful SimpleFX traders.

SimpleFX WebTrader is designed to work on every screen. From the smallest iPhone 5 smartphones, through big mobile monitors, tablets, laptops, and desktops. The trading app adjusts to every device giving the best experience.

Great UX and UI are essential as every second is worth tens or even hundreds of dollars. You want to enter the market precisely at the right point.

Trading with SimpleFX WebTrader is a low risk, high reward venture. Make sure if you don't miss the next opportunity. You don't need to install any app, log in to app.simplefx.com, open a live account in any currency you want, and have some real money ready for your next move.