You are at:Home»News»Turkish Lira Falls of the Cliff under US Sanction Threats

The Turkish lira has always been one of the favorite currencies for SimpleFX forex traders. If you have any access to inside information on the lira, Turkish politics, and economics, you have a great opportunity for profitable trades. Especially recently, when the currency entered yet another period of high volatility.

Monday saw the Turkish Lira slide 0.8% as threats of embargoes and sanctions continue for the US and Europe. However, it could weaken even further according to skeptical traders, if allies in the West act on Turkey's Syrian incursion.

Tayyip Erdogan, the Turkish President, underlined some doubts over the threats and dismissed them as "quips." Turkey's UN ambassador, based in Geneva, referred to the possible arms embargo in the EU as "a joke." 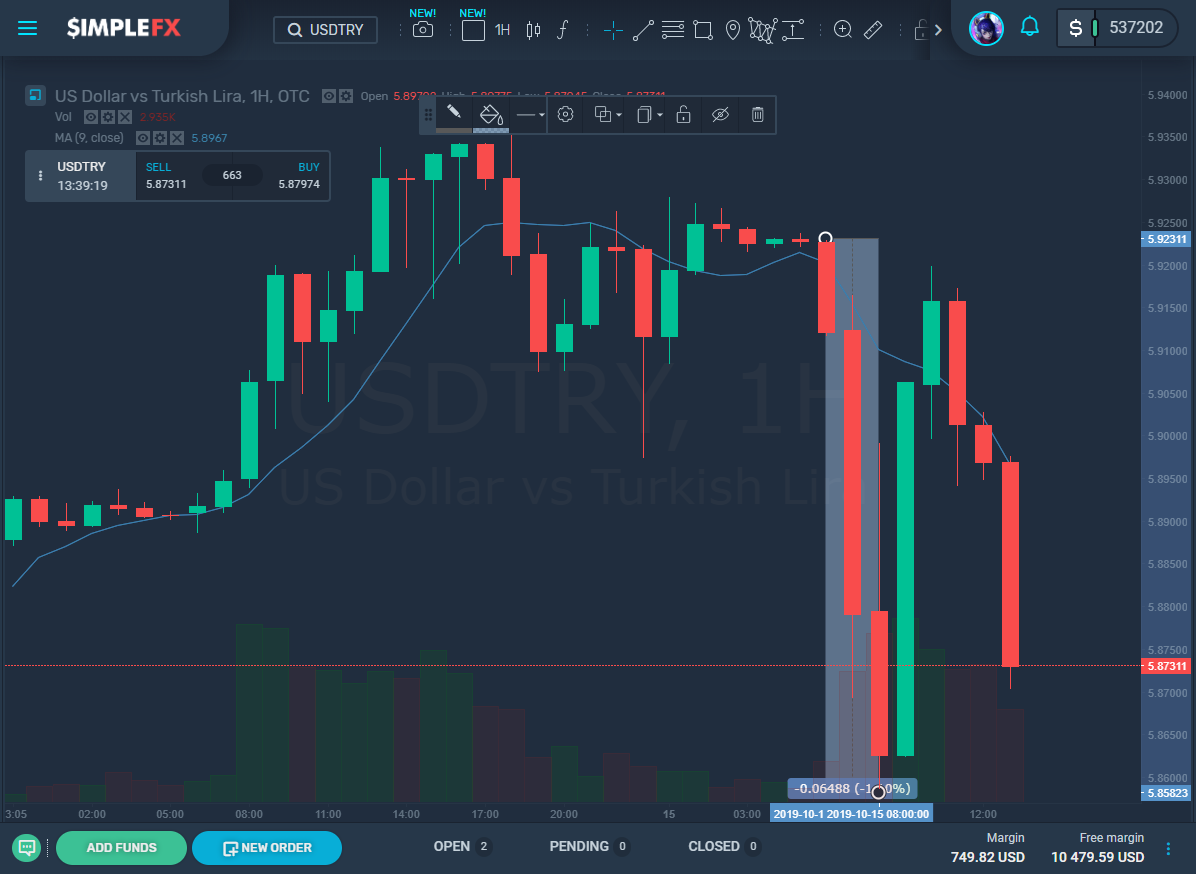 The Turkish lira slipped against the US dollar to around 5.85, which is the weakest it has been since the end of May.

Stock and bonds in the country also moved, and the main share index was at its lowest since June. What's more, the cost of government bonds insurance against default was at a six-week high.

The lira suffered a crisis in 2018, and Turkey succumbed to a recession. So far this year, it has fallen more than 12%, 5% of this being in this month alone since allies from Ankara and Syria attacked forces led by the Kurds in the northeast of Syria.

We're now facing the sixth day of the intervention, which has been condemned internationally. Trump has even threatened to "obliterate" the economy in Turkey with "powerful" sanctions.

Lots of investors and traders, however, said that they would only believe it if they saw it, especially since earlier US threats to Turkey and their purchase of 400 missile defenses from Russia, did not materialize.

Economists have commented that any sanctions could put a halt to the economic recovery in Turkey, mainly if there is a long battle regarding European and Turkish trade.

Imports and Exports in Turkey came to €155 billion ($171 billion) in 2017 within the EU in comparison to the $20 million with the US-Turkey, and the US are aiming to boost their annual trade figures to $100 billion. 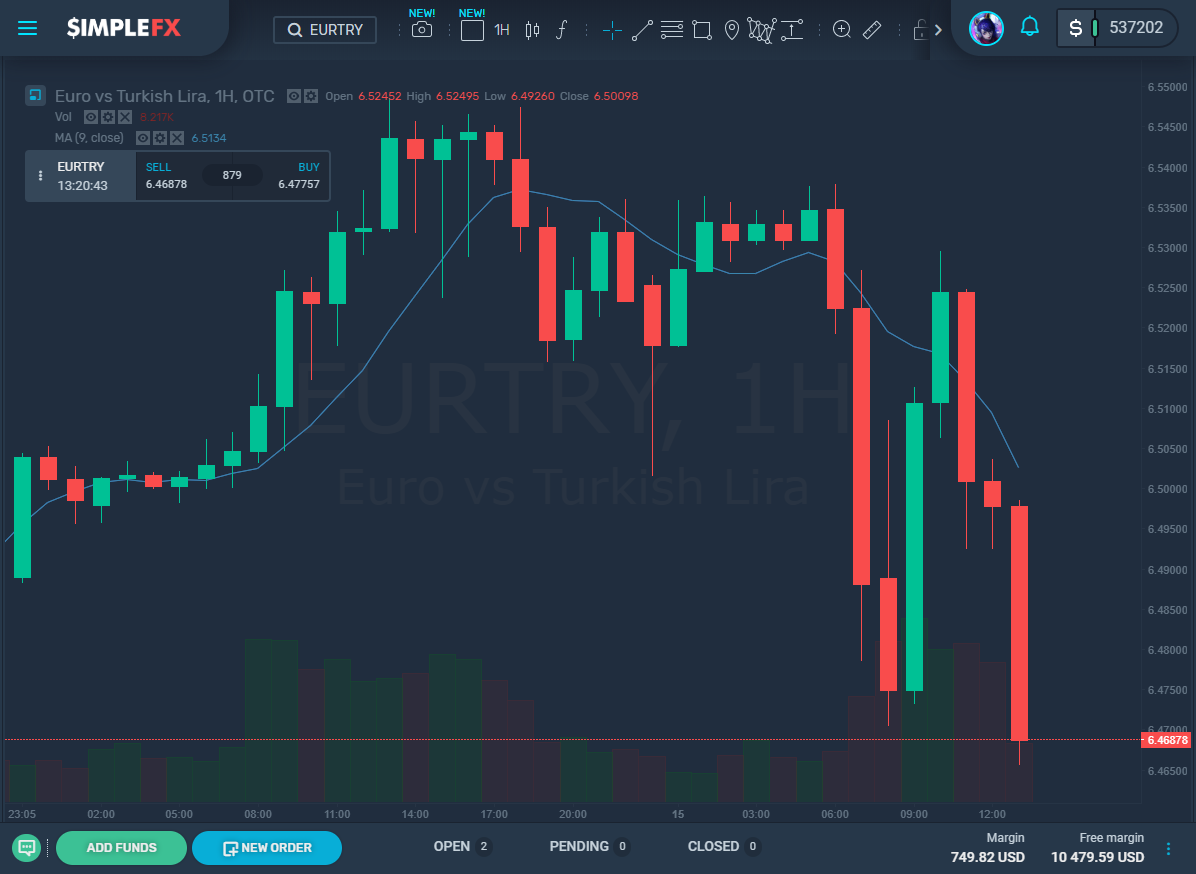 Chief economist at Turkey Macroview Consulting, Inanc Sozer, said he would consider it a “success” if there was zero growth in the economy this year, given the threat of sanctions.

Yet, if there are sanctions implemented next year by the US, there will be a contraction again of around 5%.

Sozer said, "The economy is very fragile, and its financial markets have been weak since last year. Sanctions may create a feedback loop that would put manufacturers under severe pressure.

Friday saw Steven Munchin, US Treasury Secretary, said that Trump was authorizing sanctions that were "very powerful" to target Turkey. Turkey commented that it would retaliate.

The incursion on Turkey came after a phone between Trump and Erdogan as Trump decided to withdraw some of the troops in the region. Washington said on Sunday that it would be withdrawing 1,000 US troops remaining.

The sanctions themselves were unclear, but House and Senate lawmakers have proposed to target individuals and banks in Tukey as well as the defense sector.