You are at:Home»News»Bitcoin, Ethereum, Litecoin Have Broken Some Crucial Support Levels

Bitcoin fell $1000 in just half an hour. The major cryptocurrency fell below $8000 for a second. It was the first time since June.

It bounced back immediately, but several potential support levels were broken in a very short time. 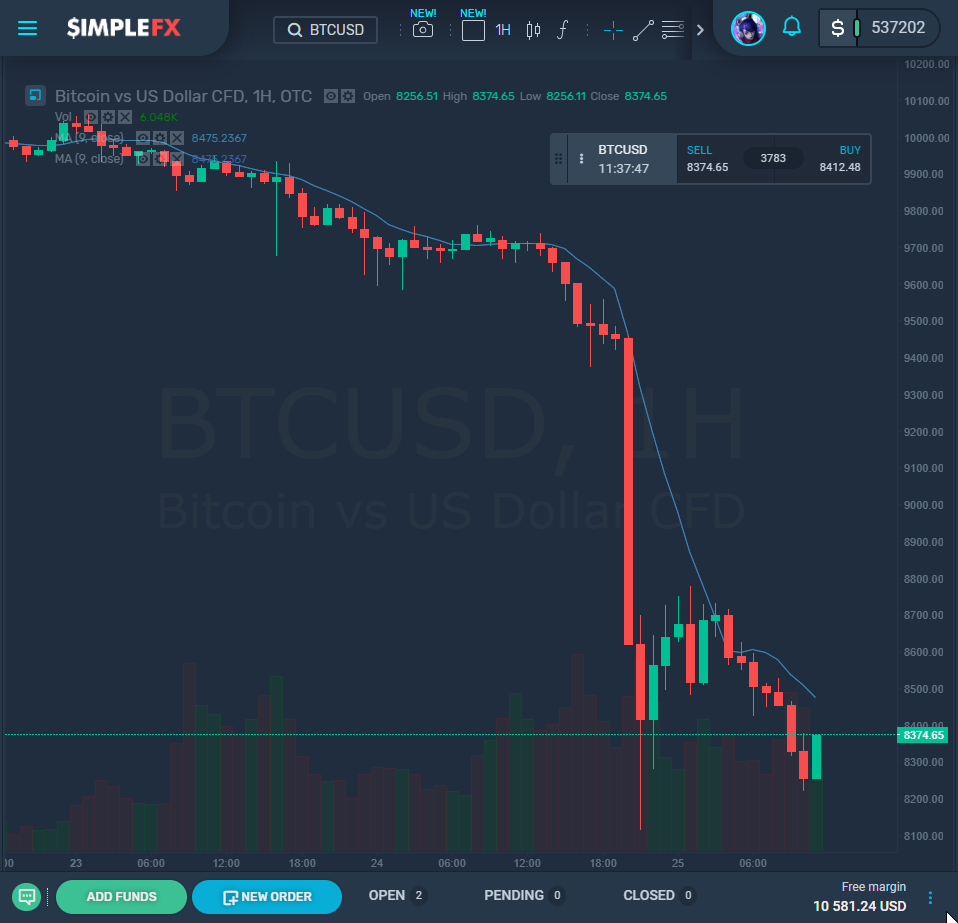 Bitcoin investors may have reasons to worry. However, the SimpleFX traders that hedged their cryptocurrency assets with some short positions made some substantial profit over that time. 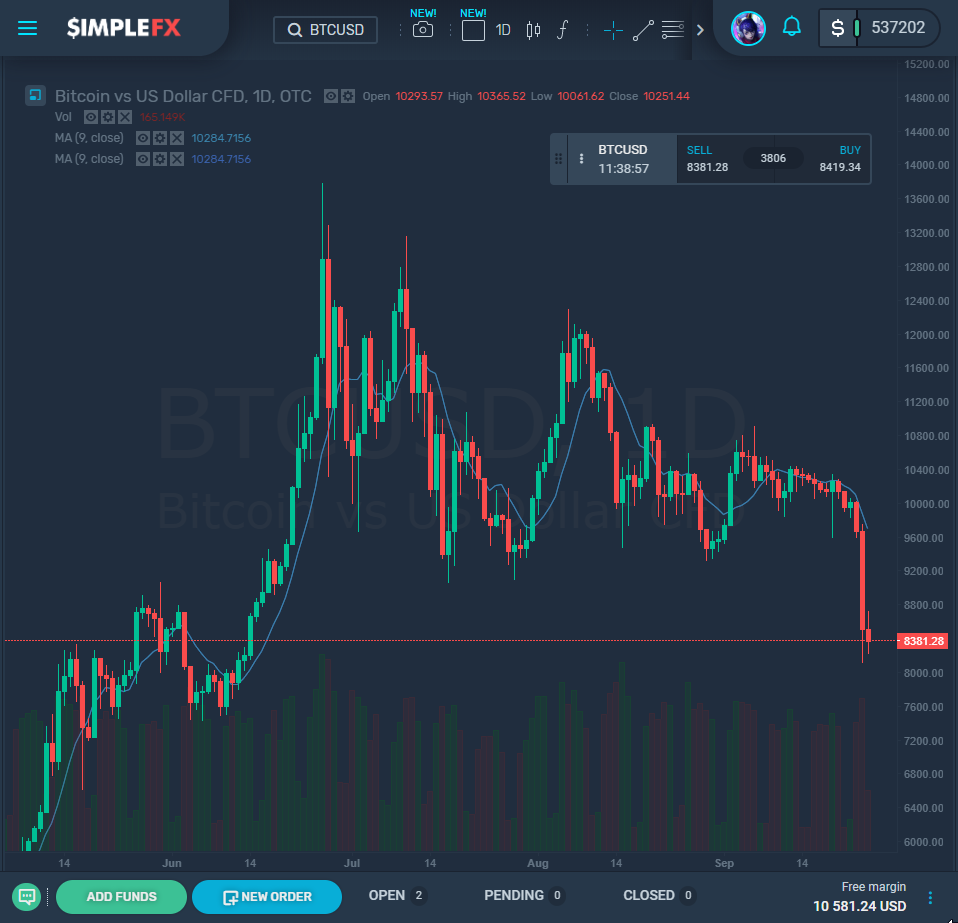 There are speculations on the reasons of the sell-off, but nobody could have come with a better explanation than suggesting that some big margin calls and liquidations on world’s biggest Bitcoin exchanges might have triggered it.

Altcoins went off the cliff with Litecoin touching $52 in a nice cascade, which gave SimpleFX traders an opportunity to enter the downfall after hours of market stagnation. 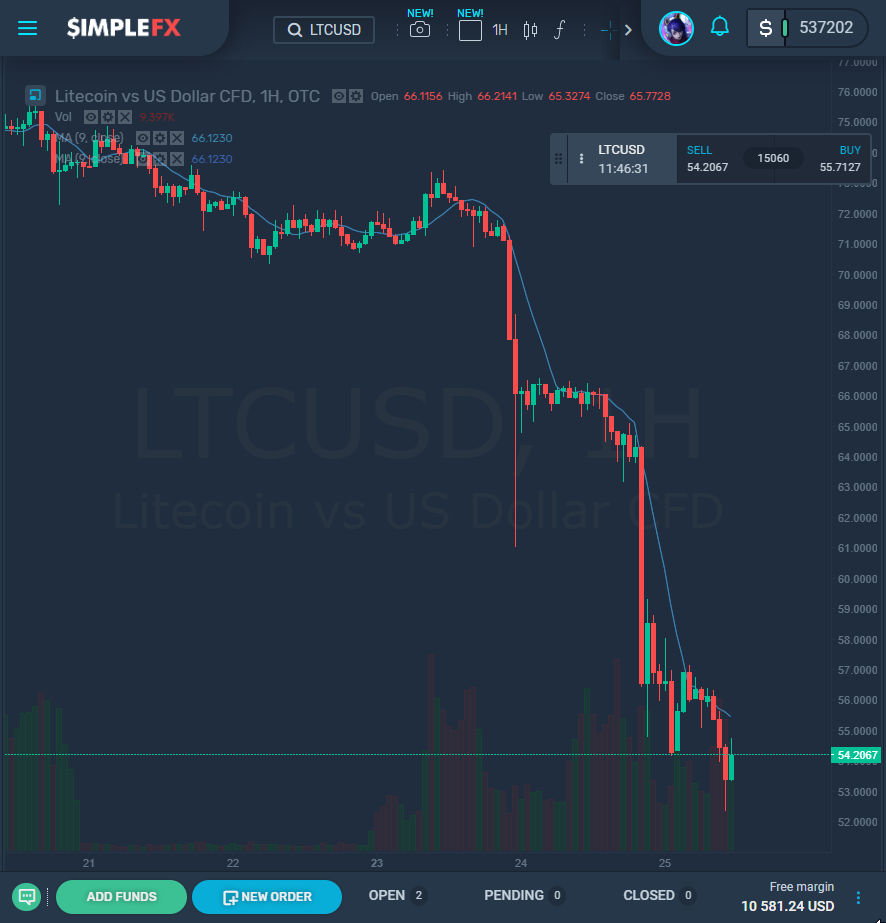 Ethereum plunged impressively loosing 17% in less than an hour.