You are at:Home»News»Euro Drops Against Dollar as ECB Launches a Stimulus. Bitcoin and Gold on the Rise

The European Central Bank has approved a stimulus package. Although it was expected, the market reacted sharply with a significant drop on EURUSD.

The SimpleFX traders that read our earlier blog post today benefited from shorting the currency pair. Opening long positions on gold (especially XAUEUR) and Bitcoin also proved to be profitable. 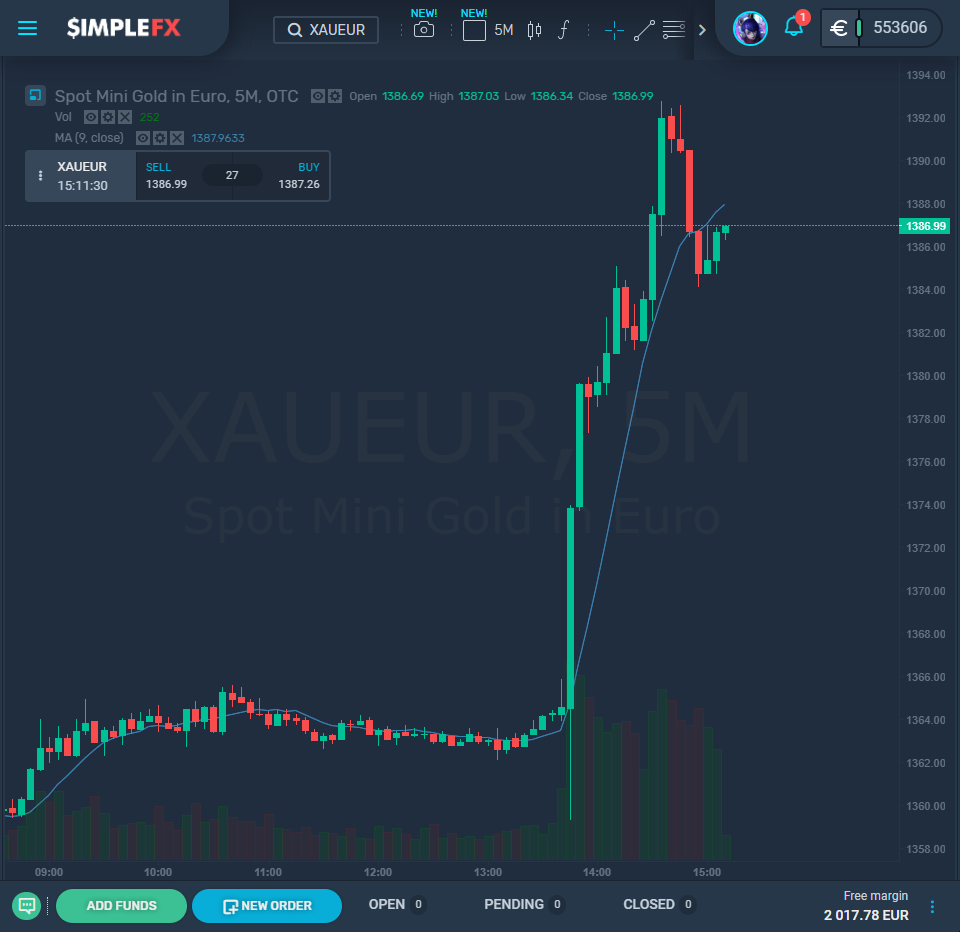 The ECB cut deposit rate from -0.4% to a record low -0.5%. The central bank will also restart a 20 billion euros worth bond purchases.

This quantitative easing, called by others “money printing” resulted in a spike of Bitcoin price. 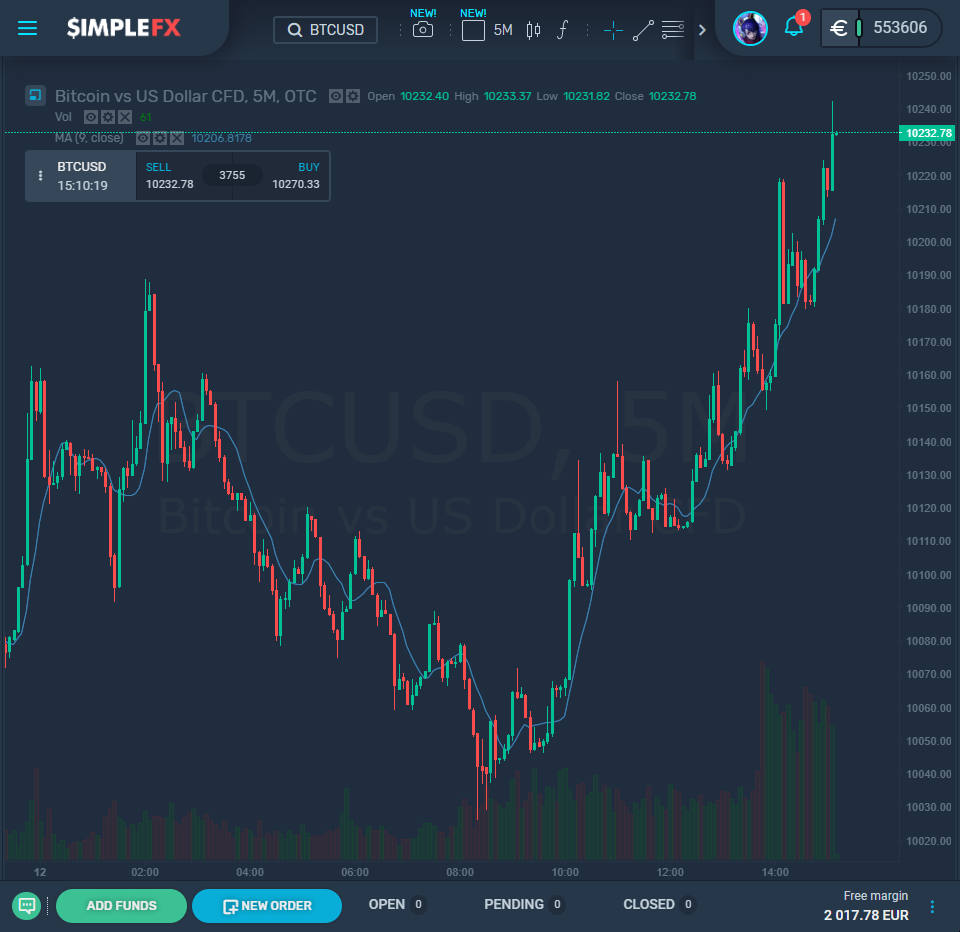 Donald Trump reacted with an also much-expected critique of the Fed.

European Central Bank, acting quickly, Cuts Rates 10 Basis Points. They are trying, and succeeding, in depreciating the Euro against the VERY strong Dollar, hurting U.S. exports…. And the Fed sits, and sits, and sits. They get paid to borrow money, while we are paying interest!

Here’s how the ECB explained its decision in an official statement:

“The Governing Council expects (bond purchases) to run for as long as necessary to reinforce the accommodative impact of its policy rates, and to end shortly before it starts raising the key ECB interest rates.”

“The Governing Council now expects the key ECB interest rates to remain at their present or lower levels until it has seen the inflation outlook robustly converge to a level sufficiently close to, but below, 2% within its projection horizon, and such convergence has been consistently reflected in underlying inflation dynamics.”