You are at:Home»Analysis»Jack Ma Steps Down. Should You Buy or Short Alibaba Stock?

After two decades, the Richest Man in China and most showy tech founder, Jack Ma, is stepping down from Alibaba, his $460 billion empires. How will the change affect Alibaba stock trading on NYSE?

Alibaba stock has been one of SimpleFX traders’ favorite. You can easily why. For a company this big, it shows some strong trends and many savvy traders have been able to profit from taking long or short positions on the asset. 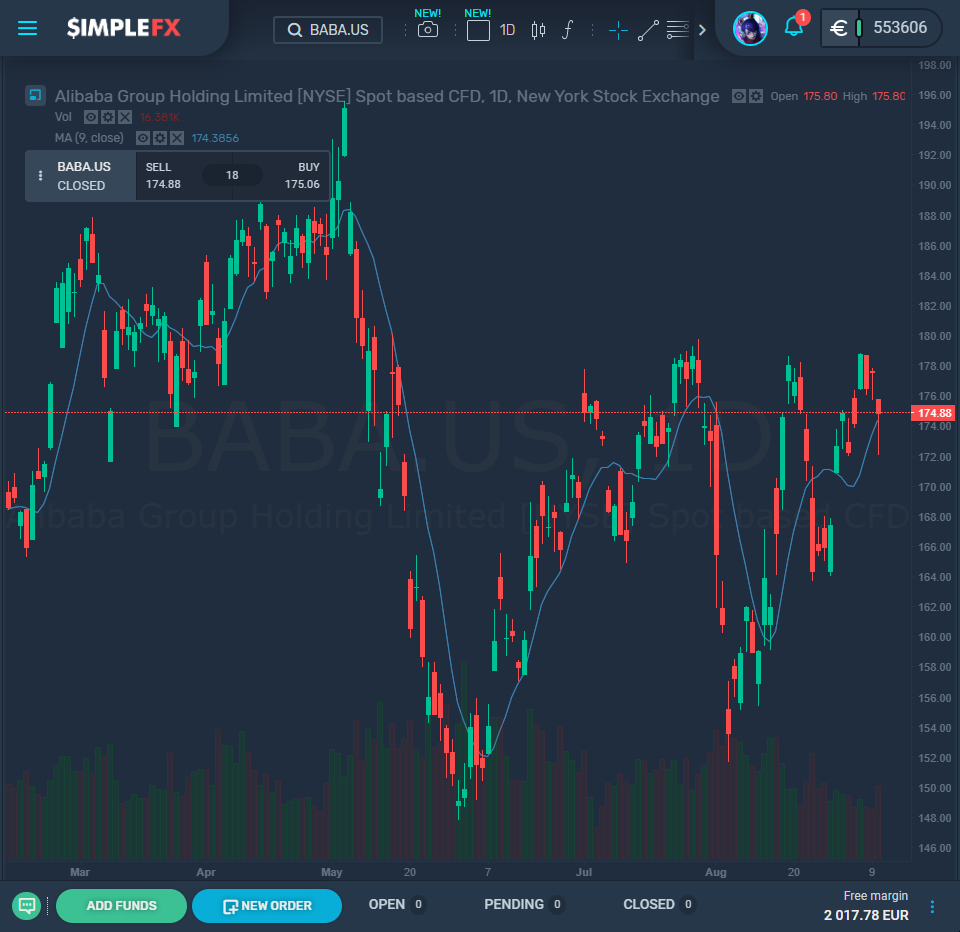 The richest man in China, Jack Ma, is stepping down from his position as chairman of the Alibaba Group, worth $460 billion that he launched 20 years ago.

Founded by 17 others alongside Ma in 1999 in a little apartment, the company is one of the largest e-commerce groups in the world. Ma is almost worth $40 billion has a love for extravagant celebrations such as music performances and mass weddings for his employees.

His leaving party will take place in a stadium with a capacity of 80,000 people. The company successor will be Daniel Zhang, the current CEO, who may face challenges in a USA-China trade war alongside an e-commerce industry in China that is slowing.

Twenty years since he founded it, Jack Ma, a tech personality with a rather flamboyant style and also the richest man in the whole of China, is leaving Alibaba, a company worth $460 billion.

He steps down as chairman of the group on his 55th birthday, Tuesday, September 10th, as the first step in a lengthy planned-out succession scheme. The group is the biggest e-commerce group in the world, with over three times as many sales as Amazon’s reported total in 2018.

Ma was once an English teacher but founded his company alongside 17 other people in a little apartment back in 1999. It started as a company selling Chinese products all over the world but eventually shifted to trading on the Chinese market thanks to a boom in China’s economy. Later, it expanded to include artificial intelligence, entertainment, and online banking.

The initial offering from the company in 2014 is still the largest in history, being at a staggering $25 billion. Ma, himself, is worth around $40 billion, so says Bloomberg’s Index of Billionaires. This means he has a net worth that is higher than all others in China and puts him in 21st place globally. 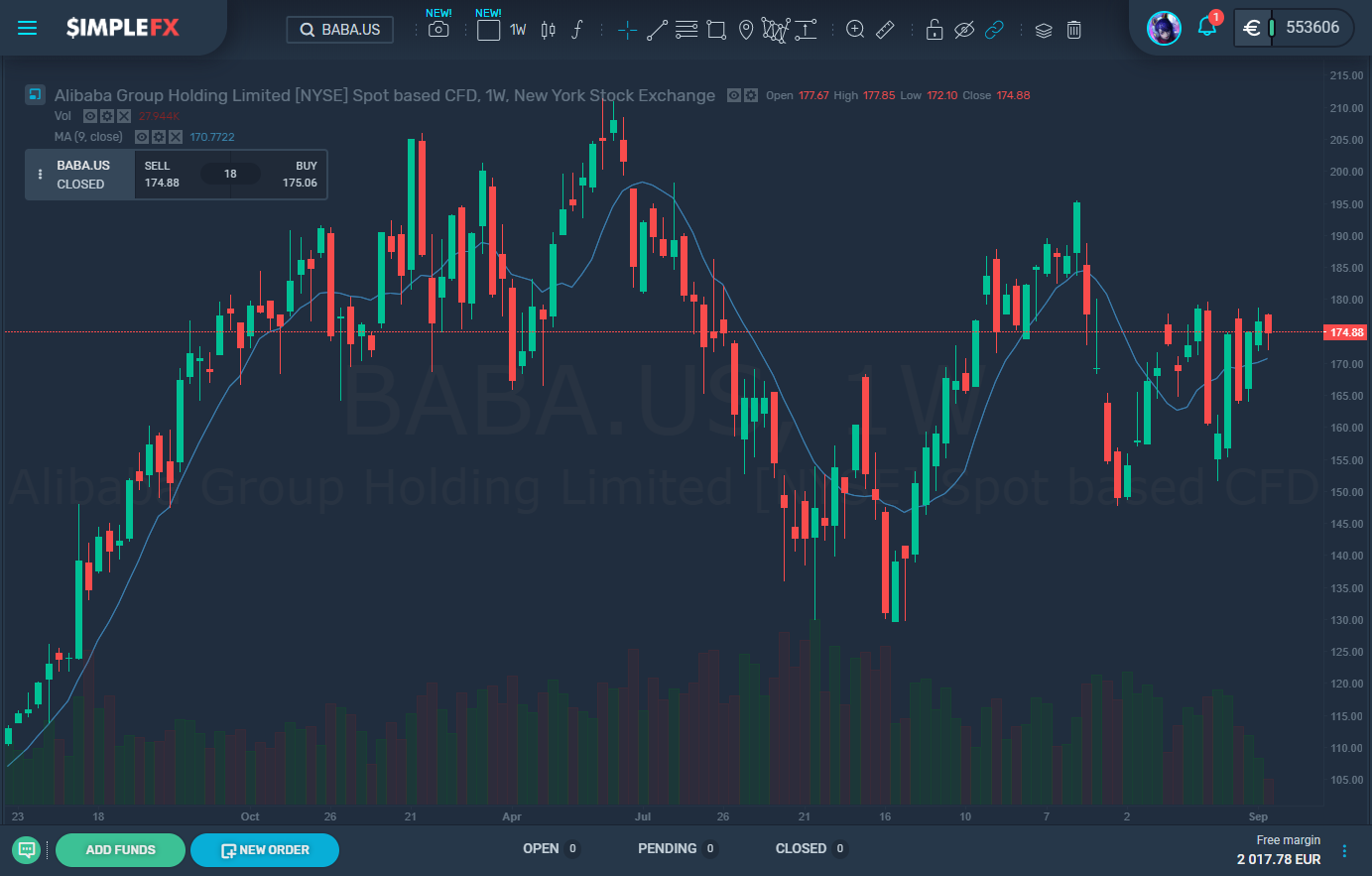 Reuters claims that the company has more than 100,000 employees today.

Despite his stepping down, he may take a role in the group’s governance, the Alibaba Partnership, which currently has 38 people within its body.

Daniel Zhang, Alibaba’s CEO since 2015, is stepping up to Ma’s position, but Zhang is not expected to live up the famous flamboyance of his predecessor. Over the years, Ma has had a role in a kung fu movie and has sung at a music festival. He also performed at one of the company’s parties as Michael Jackson.

This was not the end of his extravagance. He holds events for his employees on yearly shopping event on Singles Day. The sales zoomed past Amazon’s equivalent Prime Day. It even featured guests like Cirque du Soleil and Mariah Carey.

Another day of celebration is Ali Day, where employees celebrate along with their families. In the past, there have even been a mass wedding for employees with Ma officiating. His retirement plans haven’t meant that his flamboyancy has been subdued. His leaving party will be in a stadium with 80,000 capacity in Hangzhou, the place where the company was founded twenty years ago.

“And we will probably achieve something. Or probably we’ll have to go out looking for jobs together.”

Together, their goal was to be in the top ten of popular websites and empower other small businesses. However, Daniel Zhang will have a big challenge thanks to the trade war between China and the US as well as the e-commerce industry slowing down in China.