You are at:Home»Uncategorized»A surprise vote to block no-deal Brexit opens a crazy Wednesday for traders

Tuesday night was a political frenzy in the UK. A vote by opposition joined by rebel Tories stopped in his tracks Boris Johnson’s pursue fora no-deal Brexit.

Over three years have passed since the UK voted to leave the EU and yet the deal Brexit deal in the air. Who knows what will happen next.

Prime Minister Boris Johnson warned that there would be early elections if the parliament ties his hands over Brexit negotiations.

21 Conservative Party lawmakers rebelled against the Prime Minister and voted to stop the no-deal departure from happening. 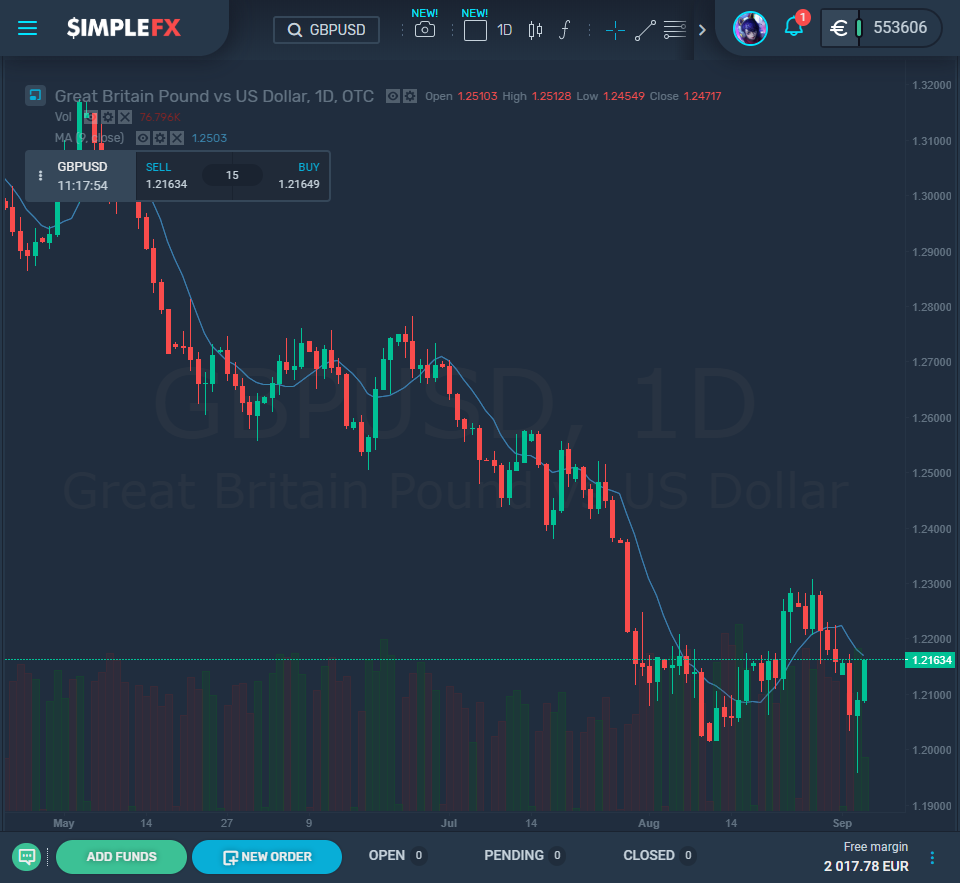 Due to the unsettled situation in the UK, the pound sterling has seen some of the lowest levels since the mid-80s.

Oliver Letwin, the rebel leader, told parliament that this is the “last chance to block a no-deal exit on the 31st of October.”

Leader of the Opposition, Jeremy Corbyn, commented that it was an attempt to stop the PM from “playing Russian Roulette with [the]country’s future.”

As many schools restarted after the summer break, so did parliament and today they tried to grab control with a debate and subsequent vote between 2000 and 2100 GMT on Tuesday.

If the MPs are given control of the business in parliament, they will look at passing a law on Wednesday that will force Boris Johnson to request a further Brexit delay until 31st January 2020 unless there is an approved deal – or parliament agrees to leave without a deal.

Watch the upcoming events carefully with your favorite GBP forex pair chart open in the SimpleFX WebTrader. You can use

Johnson is willing to surrender to the European Union. He said, “It means raising the white flag. […] It is a bill that, if passed, would force me to go to Brussels and beg an extension. It would force me to accept the terms offered. It would destroy any chance of negotiation of a new deal.”

However, as the Prime Minister’s speech began, Phillip Lee, a Conservative lawmaker, crossed the House of Commons to join the Liberal Democrats, a pro-EU party, thus meaning that the Conservative working majority was lost.

Labour leader Jeremy Corbyn described the Tory government as one with “no mandate, no morals and, as of today, no majority.”

It remains unclear if oppositional parties support the call of a general election. This requires the support of two-thirds of the House of Commons.

The effects on the GBP

Since the referendum in 2016, there has been a lot of ups and downs for the pound. With the prospect of a no-deal Brexit, the pound went as low as $1.1959. This is a figure not since the mid-80s, apart from a ‘flash crash’ that lasted a few minutes in October of 2016.

Fears are rising in other areas too with regards to the prospect of an abrupt Brexit with no deal.

Jean-Yves Le Drian, the French Foreign Minister, said a no-deal Brexit was the most likely scenario and the European Commission commented that this was a “very distinct possibility.”

The EU referendum and the possibility of a no-deal Brexit have caused an almost-civil war within Britain’s political parties with many lawmakers not being loyal to their own parties.

Many of Johnson’s opponents have said that his actions have been undemocratic. In particular, concerning the suspension of parliament that begins next week.

We’ll have to wait and see whether there will be a vote to approve an early election, which could mean a departure without a deal is even more likely.