You are at:Home»News»British pound slides to a two-and-a-half years lown. New elections may be triggered today!

The British pound is doing it again. The big currency is very volatile and susceptible to political news. The pound dropped under $1.20 a level not seen since October 2016, as you can see it on a 1-week SimpleFX WebTrader chart below.

What was the reason? 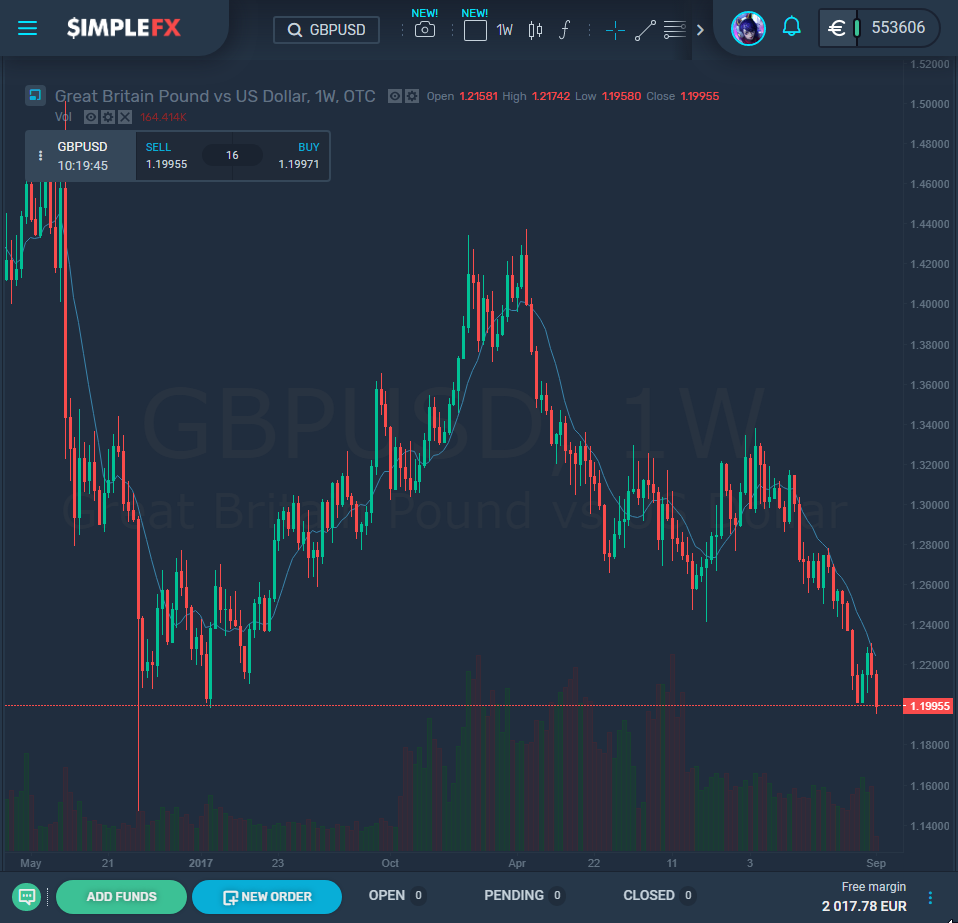 Of course, political. Prime Minister Boris Johnson vowed that if his party loses a decisive vote in parliament today. If the government loses the vote and is forced to delay Brexit again in case of no-deal, Johnson promised to trigger a general election on October 14.

Here’s how the GBPUSD situation looks like on a one-hour chart.

The members of Parliament want to delay the Brexit until January 31, if the government is unable to strike a deal by mid-October.

Margin trading British pound cross-pairs is a must for every reactive trader who likes to capitalize on political news for an indefinite future.