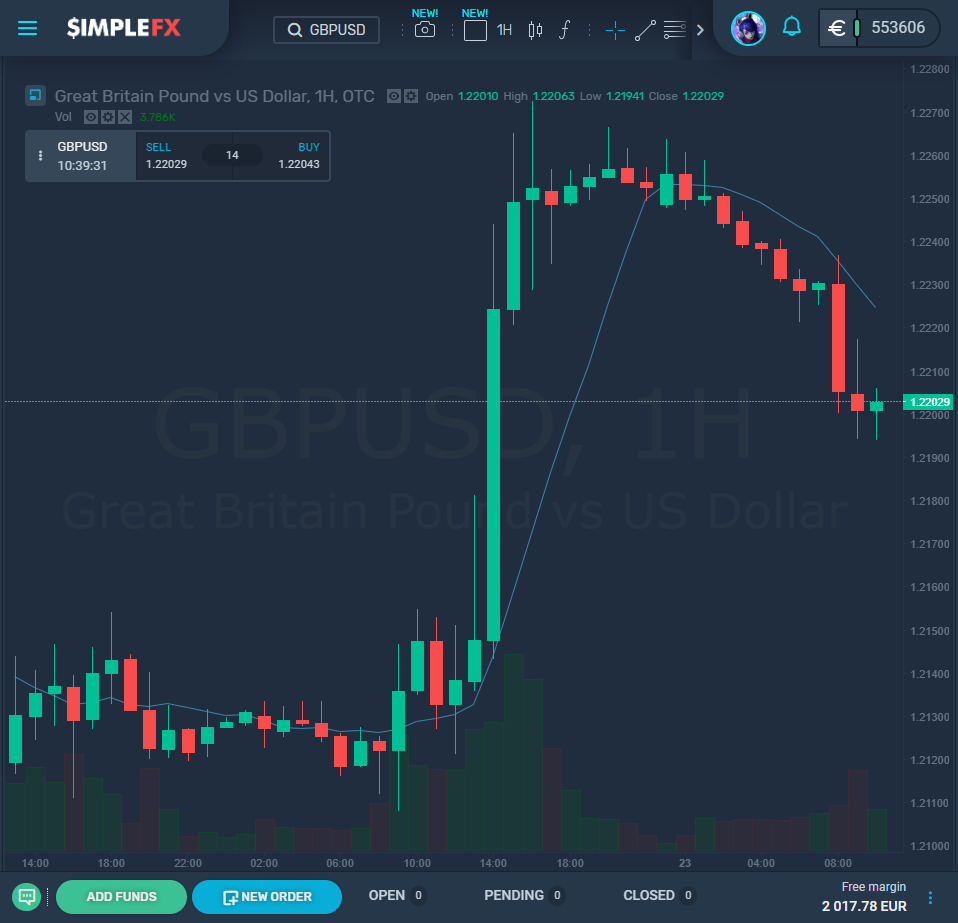 Thursday saw the Pound Sterling rally against the U.S. Dollar, the Euro, and other major currencies following a statement by Emmanuel Macron. The President of France said that the U.K.’s Withdrawal Agreement could be amended. This would mean the U.K. could leave the E.U. with a deal.

Trading Pound Sterling in reaction to the political news about the terms of the U.K. leaving the E.U. may be a strong strategy. On the other hand, political uncertainties could blow up a sound chart analysis trading strategy.

The London afternoon session saw gains accelerate after Angela Merkel, the German Chancellor, made comments in The Hague suggesting solutions to the issue of the Irish border could well be found before the Brexit deadline at the end of October.

“We can find a solution to the backstop by October 31…we can work on finding a regime that keeps the Good Friday Agreement and also ensures the integrity of the single market.”

Macron’s declaration was the first time that any E.U. leader has said that the Withdrawal Agreement could be reopened.

Macron has suggested that Bernier could find a solution “without totally reshuffling the Withdrawal Agreement” and he continued “we should altogether be able to find something smart within 30 days on both sides if there is goodwill on both sides and I believe there is.”

The previous day, Angel Merkel also suggested that a solution to the Irish border problem needed to be found within 30 days.

Following these comments, the exchange rate between the GBP and the Euro rose to a three-week high at 1.1038. The GBP to the USD exchange rate is 1.2240.

The Director and Head of F.X. Strategy at Exchange Bank of Canada, Erik Bregar said:

“Sterling continued to find buyers on the dip. Traders appeared to be comforted by the positive tone in today’s joint press conference from both UK PM Johnson and French President Macron regarding Brexit.”

Macron’s comments add to the newly perceived willingness of the E.U. to talk about the Brexit deal again with the U.K. and could perhaps prevent the ‘no deal’ happening at the end of October.

“these Johnson/Merkel and Johnson/Macron meetings are only tiny steps towards breaking the deadlock, but they at least show a willingness from both sides to avoid the U.K. crashing out.”

Bregar also said, “With these headlines, GBPUSD is now exploding higher past chart resistance in the 1.2170s. If this breakout higher holds into the N.Y. close today, we think we could see some further short covering from the fund community which could take the market all the way up to the mid-1.23s,”

Boris Johnson seems confident that a deal can still be made and has found encouragement following his discussions with Merkel. He reiterated that the U.K. would not carry out checks or controls at the Irish border under any circumstances. He believes that a solution is possible and remains adamant that the single market’s integrity will be kept intact without the need for a ‘hard’ border in Ireland.

Even though Sterling sees some relief, it is not believed that the Pound will stay elevated.

XTB UK’s Chief Market Analyst David Cheetham believes that although the “GBP is primed to rip”, he doesn’t think it is “anywhere near concrete enough to be the catalyst for a sustained move just yet.”