You are at:Home»News»Gold Prices Dancing Around $1,500 – Which Way Will It Go?

Gold futures climbed on Tuesday thanks to the U.S. Treasury’s slide. Bond yields dropped and gave the precious metal a helping hand to recoup over a third of the previous day’s loss when the U.S. stock market rally prompted a settling in gold and other haven metals. 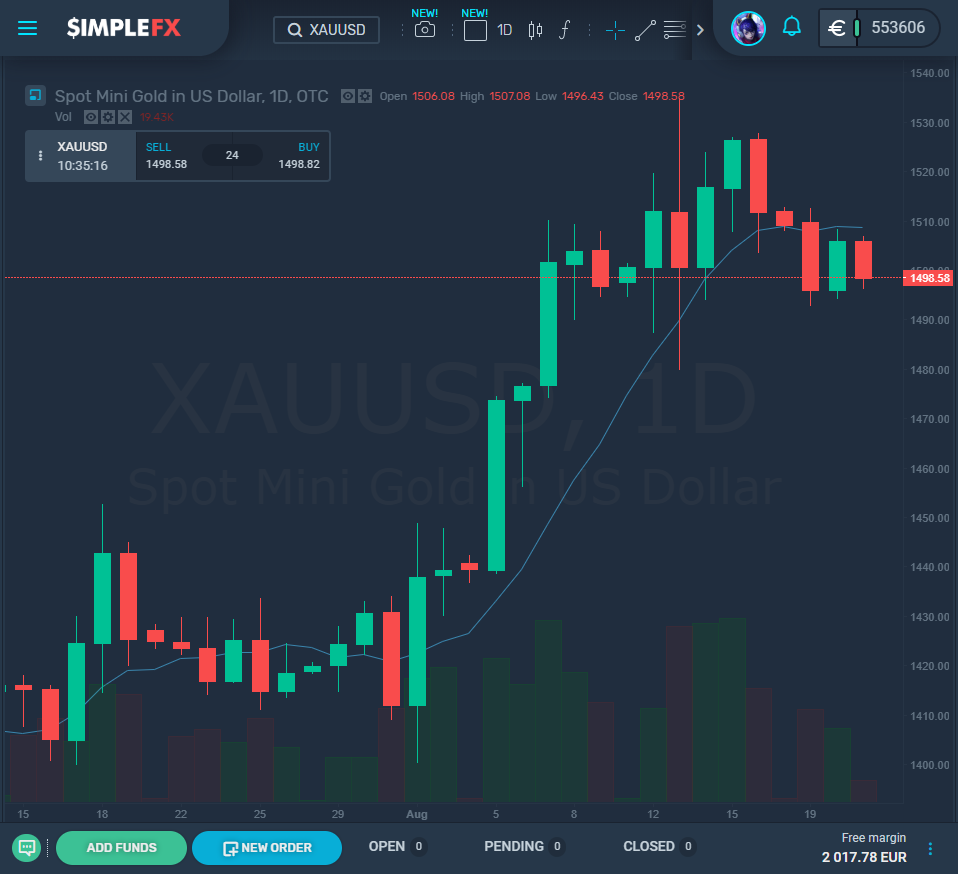 The precious metals surged higher at the same time as bond yields crept lower, giving a little impetus for those seeking to buy metals. As the gold futures settled on Tuesday, the 10-year Treasury note yield sank by 4.5 points reaching 1.5529”. In the meantime, U.S. traded lower by and large.

Gold and precious assets can be more attractive when compared with lower debt yields as metals do not hold a coupon.

Gold has held steadfast to the $1,500 per ounce level that many analysts see as a bullish price.

Assets that are regarded as to havens, such as bonds and gold, have benefitted from a higher run price as investors are worried about economic signs pointing to an approaching recession for the U.S., a depression that would coerce the Federal Reserve to lower the interest rates further after a rate reduction seen on July 31.

The Fed meeting minutes from that date at the rate-setting committee will be regarded when published this Wednesday, looking for signals that the central banks will be just as dovish as markets are hoping. There’s pricing in of almost 100% chance by Wall Street that there will be another cut in interest rates when the Fed finishes its two-day meeting on policy on September 18.

INTL FCStone’s head of market analysis for EMEA and the Asia Region, Rhona O’Connell, said at the meeting in July that “the vote for the rate cut was 10:2 and it will be interesting to see how much devil is in the detail.” She outlined that Jerome Powell’s (Fed Chairman) open questioning session after the meeting alluded to “paving the way for a 25 point cut in September”.

Gold should see “ample support from a dovish set of Fed minutes and if Powell signals a September interest rate cut during his speech at Jackson Hole” stated Otunuga, referring to the central bankers’ gathering in Wyoming, which starts on Friday.