You are at:Home»Analysis»Look out for the message from Fed this week as markets may be ready for a swing

The U.S. consumption strength is a bright spot on a blighted economy. However, there could be a spanner in the works by the Fed’s message this week given that central bankers are gearing up for the yearly policy conference held in Wyoming at Jackson Hole. The messages sent from Wyoming will have the potential to swing markets. 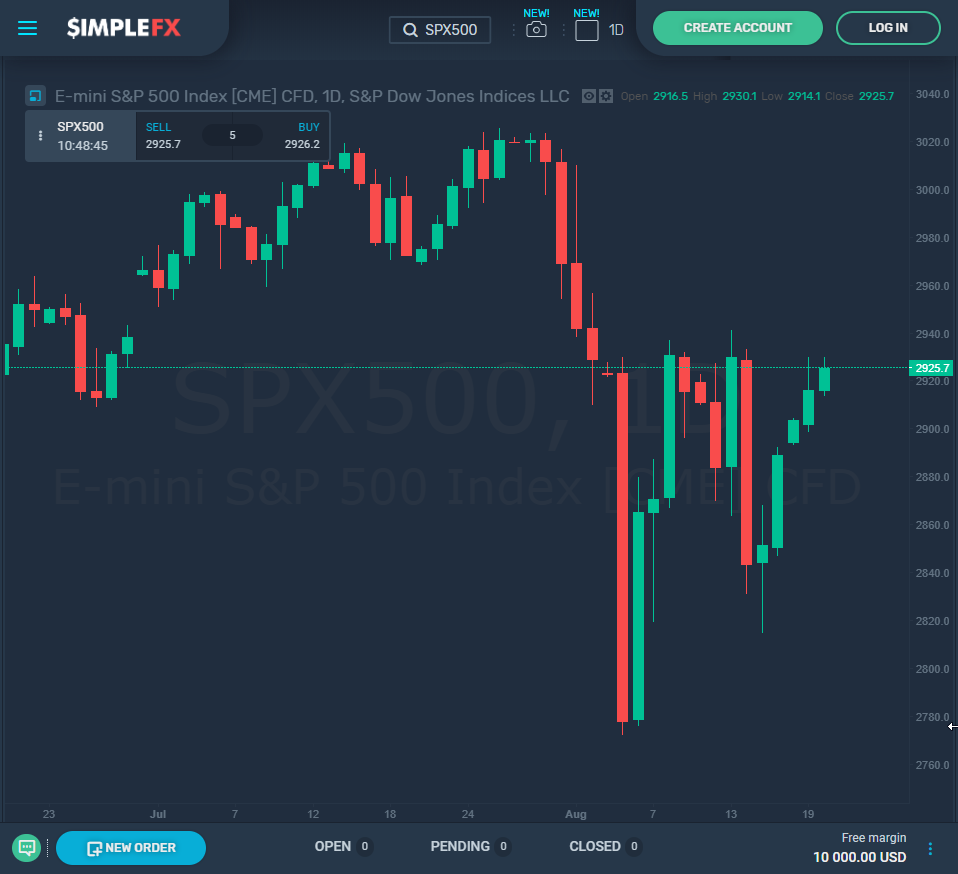 S&P 500 has been shaky recently

One of the reasons is the Fed’s Chair Jerome Powell, and colleagues may disappoint the investors in the coming days. That is suggested by Paul Ashworth, the chief economist at the Capital Economics company, in a note to his clients. He believes by not giving enough warning that further rate cuts are arriving from the middle of September there could be carnage in the markets.

The retail sales for July were released last Thursday, which is a crucial point for consumer health data. The sales in the retail sector increased by 0.7% month-over-month, which topped the estimates from Wall Street by 0.3%.

The strong consumer sentiment may end up fuelling the Fed and bring about a delay in the rate cuts in the future.

“While the incoming global data have been weak, the latest round of U.S. data would not seem to warrant another rate cut so soon; not with core inflation rebounding and the U.S. consumer seemingly hell-bent on single-handedly saving the world economy.”

On Friday, at Jackson Hole, Powell is all set to talk, nearly a month since his last unrestrained press conference. Although Powell cut the interest rates, which was expected by market participants, he gave off mixed messages which left investors wondering whether the cut was the start of an easing cycle or if it was a “one-off.”

Ever since the tensions between China and the U.S. have allegedly got worse with the yield curve inverting, historically, this has come before a recession. Investors hope the Fed will cut interest rates in a bit to help the “un-inversion” of the curve.

At the same time, the talks in Jackson Hole are not the only checkpoint for the Fed this week: the Fed’s July meeting minutes are to be released on Wednesday. Ashworth added:  “[The minutes] could also be a big market mover if they show officials were resistant to multiple rate cuts.”

Ashworth may highlight the risk in the market of a more hawkish tilt than was expected in the messaging from the Fed this week, and he also acknowledges that there is some uncertainty forecasting because “Fed communication has become woefully bad.”

“The collective inexperience on the FOMC has begun to show – with the Fed pushing ahead with a rate hike last December amid a full-blown equity market collapse and then reversing it with the stock market close to a record high. It’s also possible that Powell will drop all talk of a mid-cycle adjustment next week and bow to the market’s wishes.”