You are at:Home»Updates»Germany may spend 50 billion euros to pump up the economy and markets

The recent macroeconomic data suggest that there’s a turning point at the horizon for the global economy. The possibility of US-China trade war doesn’t help the forecasts. The German government may be to take a proactive approach and release a substantial stimulus of 50 billion euro ($55 bn). We recommend watching the story closely as it may affect the euro, DAX30 as well as many German and European stocks.

The world’s biggest economies face a downturn. The US bond yields dropped to under 2% and German companies have recently published some gloomy results. The concerns about Brexit are just another uncertainty.

While Donald Trump does his best at promoting his economy, but we shouldn’t take his words for an objective forecast as he’s got his own agenda before the upcoming elections.

Our economy is the best in the world, by far. Lowest unemployment ever within almost all categories. Poised for big growth after trade deals are completed. Import prices down, China eating Tariffs. Helping targeted Farmers from big Tariff money coming in. Great future for USA!

At the same time, the Federal Minister of Finance Olaf Scholz suggested Germany can spend 50 billion to activate the economy. The sole declaration may have positively affected the markets already as Frankfurt stock exchange opened higher today. 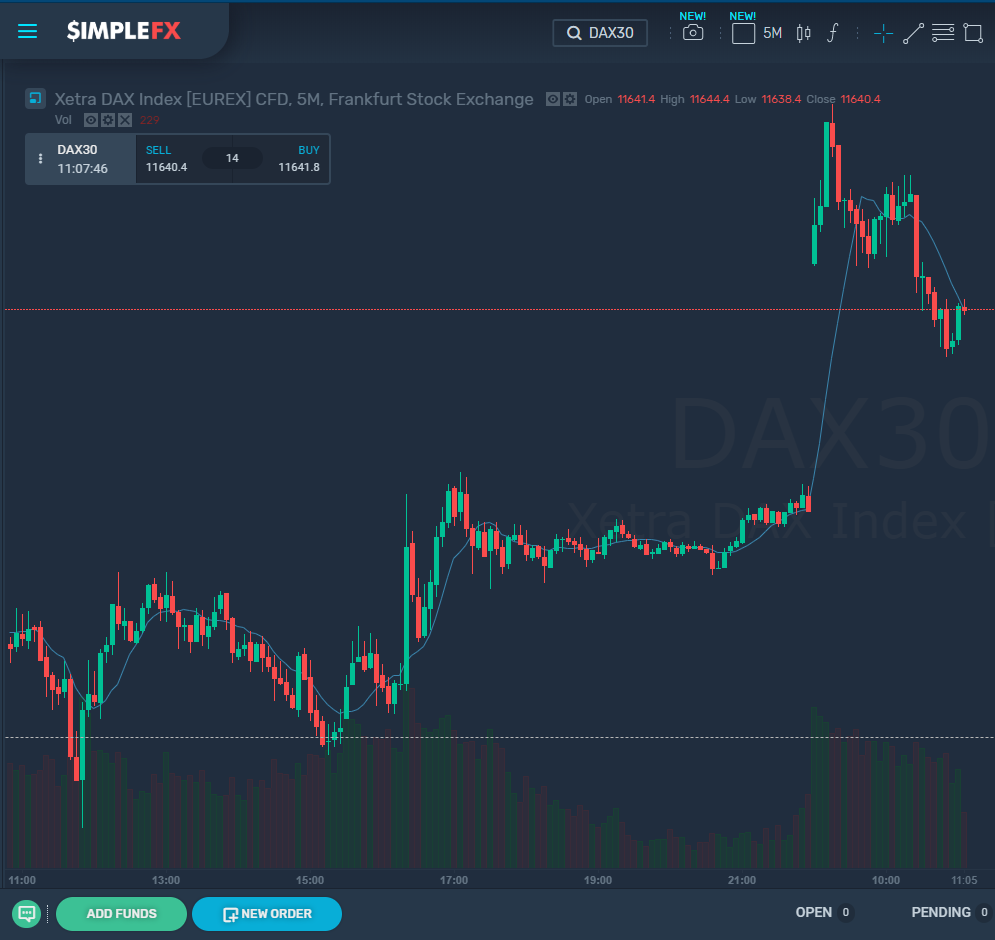 The problem with the plan could be finding the money for the stimulus. Germans are not keen to print or borrow and Angela Merkel has always tried to run a balanced budget.

The declaration was hinted by Scholz during a meeting in Berlin when talking about the previous financial crisis a decade ago.

“..the last crisis cost us 50 billion euros, according to my estimates.”

“We have to be able to muster that and we can muster that. […] The biggest problem is uncertainty, including that caused by the Chinese-U.S. trade war.”

Watch the news about the possible German stimulus closely. It’s going to be interesting to see how politics will affect. Germany is ruled by a wide CDU-SDP coalition. The socialists, who are a smaller partner in the coalition, are pushing for more spending to stimulate the economy and abandon the zero-deficit policy.

However, Annegret Kramp-Karrenbauer, who took over the Christian Democrats leadership from the chancellor Angela Merkel, has declared sticking to the balanced budget as she stated: “We invented and will continue to defend it” on Tweeter.

On the other hand, as Scholz noted, Germany could spend more since the government managed to reduce the national debt and squeeze it to less than 60% of the GDP.