You are at:Home»Analysis»XAUUSD: All the Possible Reasons for Gold to Go Up

The barrage of geopolitical and fiscal catalysts have finally caused the gold bears to cave. It’s looking likely that gold prices will rise beyond $1,700. The bears can’t, of course, ignore almost a $50 per ounce gold gain – which makes trading to be above the 5-year high.

With the conflict between Iran and the U.S. reaching boiling point and the European Central Bank issuing a dovish tone with the threat of rate cuts, gold is rising. The cherry is the U.S. Fed’s indication that it may slash rates in 2019.

However, there is another vital trend occurring: governments around the world are wary of currencies, in particular, the U.S. Dollar, and are accumulating gold. Nations with a strong anti-U.S. stance like Russia, Iran, China, and Venezuela are already doing this. 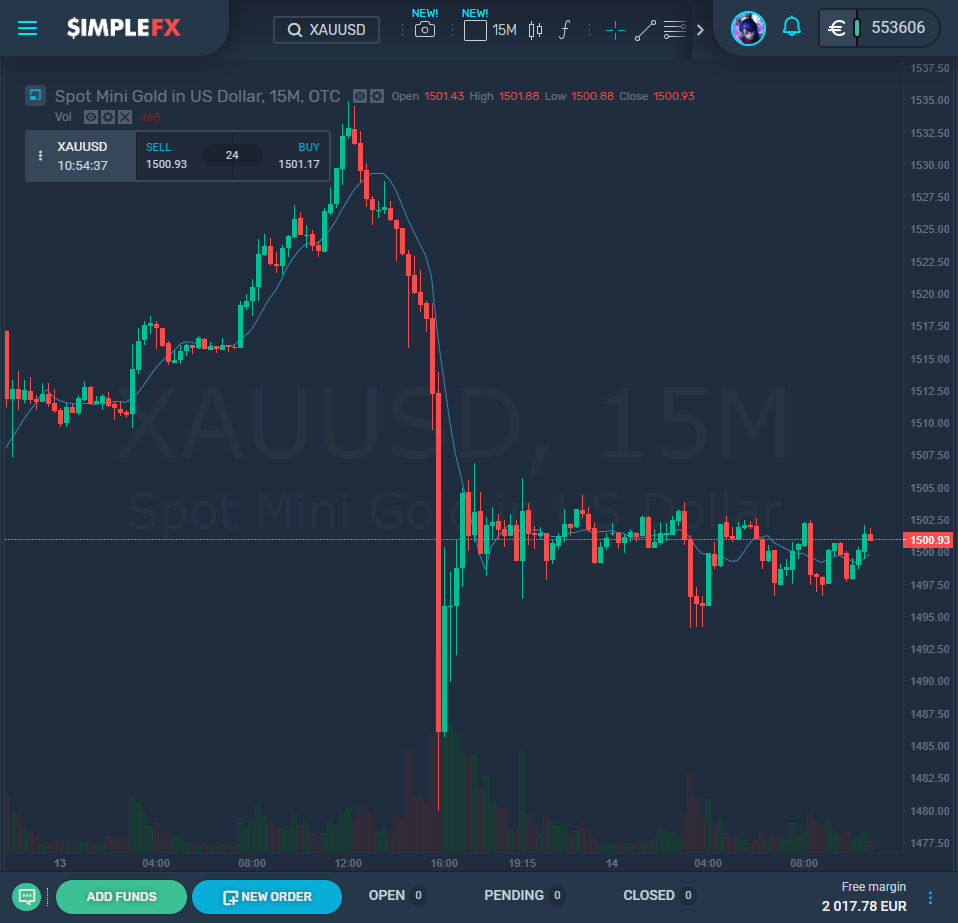 Gold is trending up, but still there are many opportunities to buy-in during a retracement or short-sell gold at the right time. Above a sudden drop on August 13. SimpleFX WebTrader 15-minutes chart

Central banks purchased 70% more gold during quarter one of 2019 in comparison to 2018.

The largest gold mine in Europe, the EuroSun’s Rovina Valley project in Romania, this drive against the dollar will certainly be helpful.

Owing to U.S. President Donald Trump’s push on sanctions, China and Russia have already pledged to increase the speed on their de-dollarization strategies.

The latest to get on board are the Philippines and Serbia. Serbia intends to boost its reserves from 20 to 30 tons by January next year.

The problems with Iran are only going to push the de-dollarization trend even further. Gold will grow to become a haven once again. 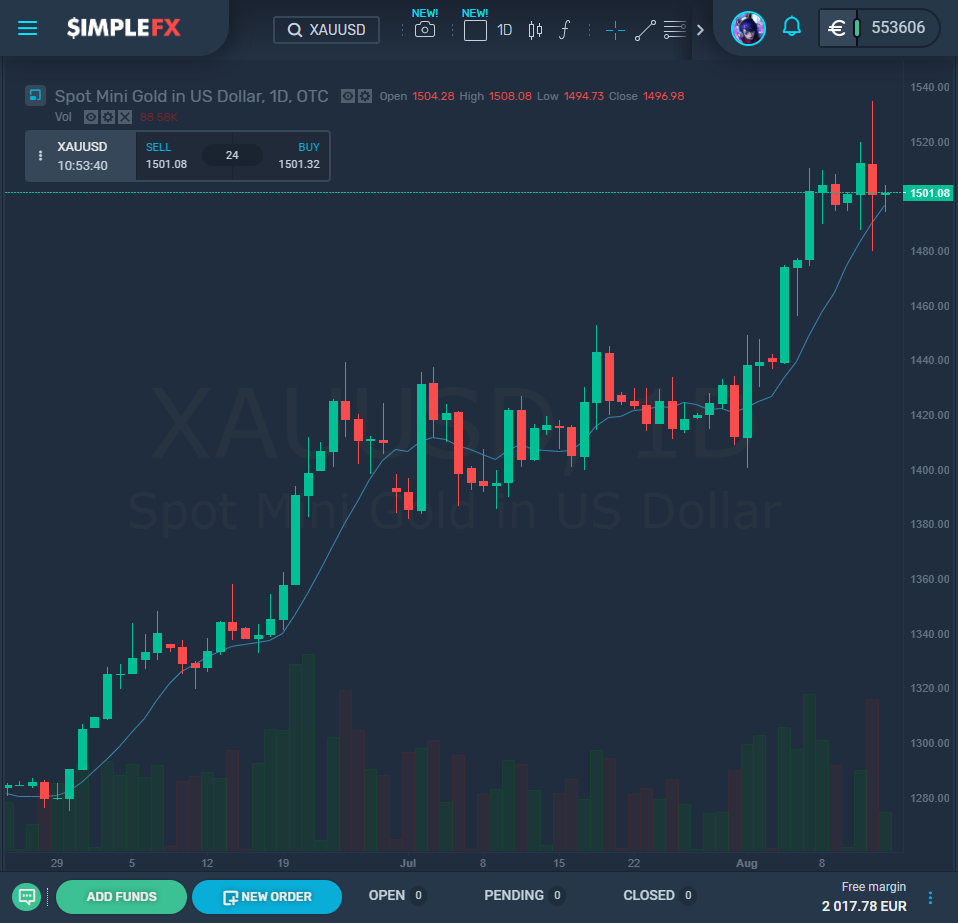 Gold companies to keep an eye on

Yamana Gold plans to increase its production of gold by 20 percent this year. In terms of silver production, it intends to increase output by a massive 200%. If the price of precious metals remains stable, investors will undoubtedly be happy.

This Canadian company has assets in Brazil and Europe. It has succeeded in cutting the cost per ounce a lot over recent years. This company is well-positioned to do well in the short-term.

There is a billion-dollar partnership forming in the gold belt of Chile.

Newmont Mini Corp., which is over 100 years old, is one of the most notable gold suppliers in the world, holding assets in Australia, Peru, Indonesia, Ghana, and Mexico as well as the U.S. The company is responsible for approximately 7% of global production. During the first quarter in 2017, this company extracted 1.2 million ounces of gold, which is particularly noteworthy for anyone investing.

This is a company that has its fingers in all the pies. In other words, in many operations across the globe. It is one of the biggest’ streaming’ enterprises in the world and has agreements with nine projects that are still developing and 19 operating mines.

This Canadian-based company has flagship assets: the Kumtor Mine and the Mount Milligan Mine. Centerra Gold also owns the Turkish Öksüt Gold Mine and has been in Asia for 22 years.

The most significant selling points for this company are its balance sheets. Last year, Centerra reported having earned $100 million net. This exceeded expectations.