You are at:Home»Analysis»Gold and Bitcoin Face a Unique Opportunity Amidst the China-U.S. Trade War 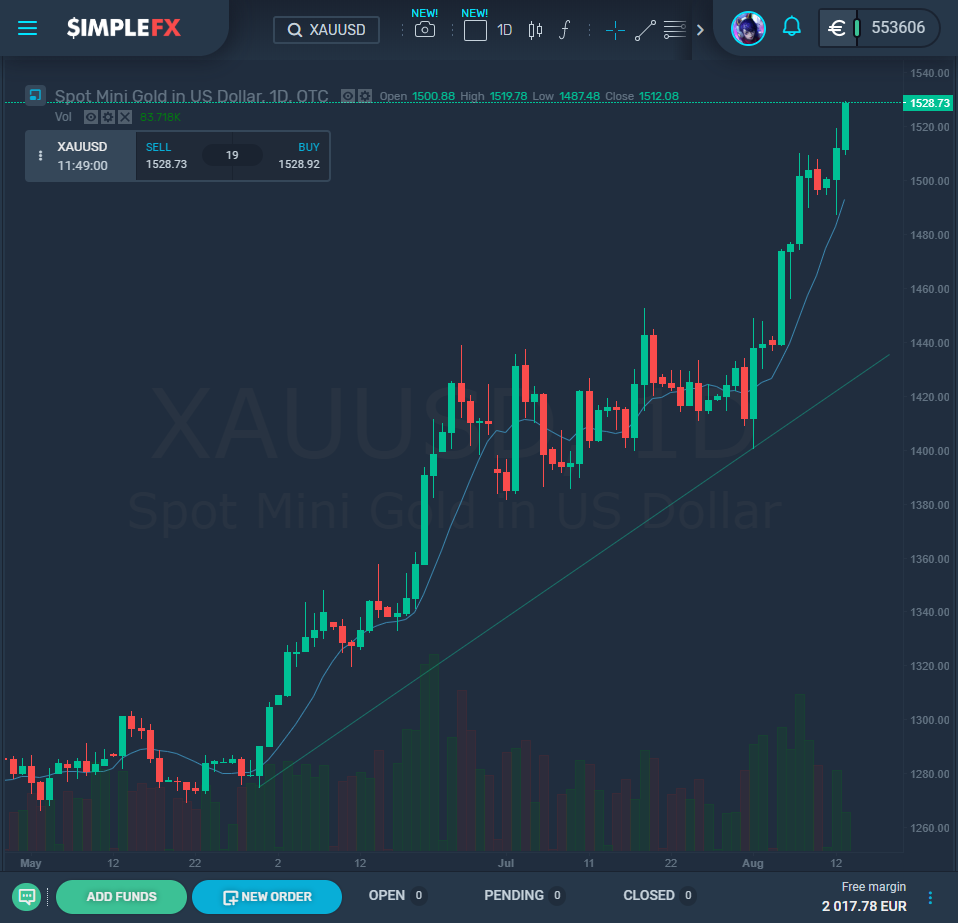 Gold is trending up, but still has a way to go to its all-time heights form 2011