The Possible Consequences of Bitcoin Dropping Below $9,000 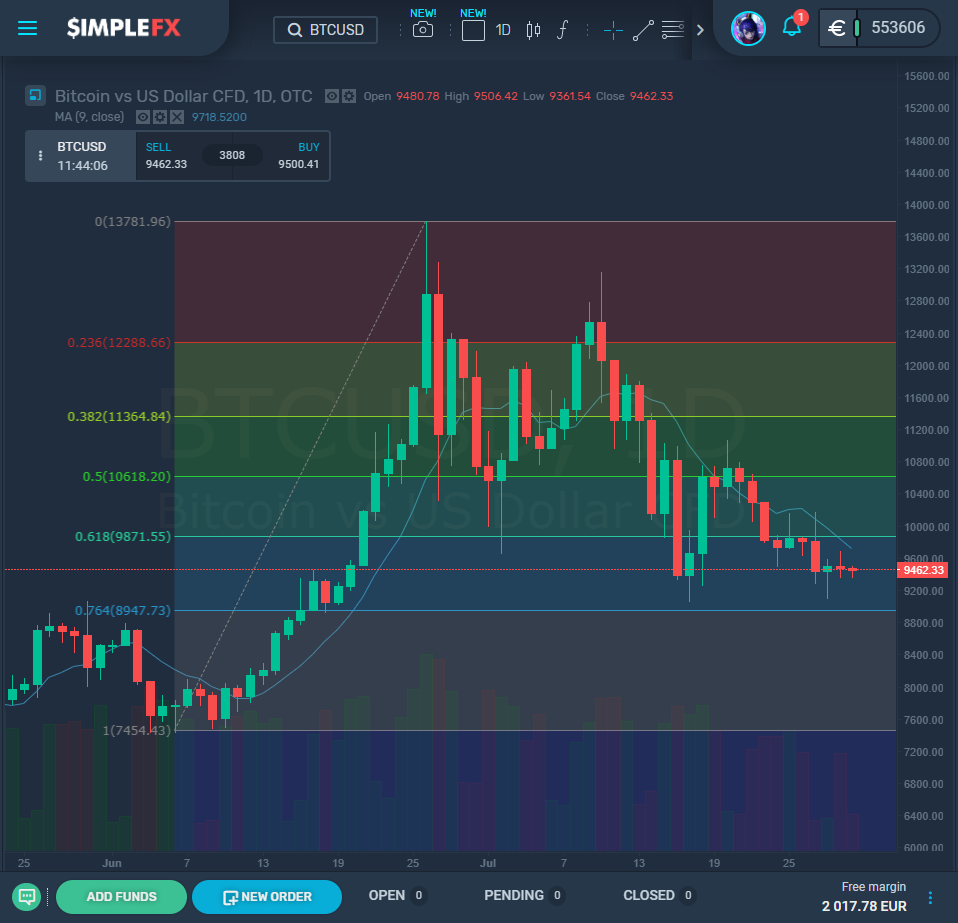 At around midnight, Bitcoin (BTC) dropped to a low of just $9,111 before quickly rebounding. The bulls saw the opportunity and pounced on the lower prices, which brought the crypto back up $9,725 on Monday (on Bitsamp).

The general momentum, however, still favors the bears. Indications on charts show a move downwards towards $9100. We may even see BTC go to a low of $8,800.

Furthermore, on the daily chart, the 50-period MA (moving average) suggests the bears might be in with a chance of being in control of the trend of the mid-term too.

In the very immediate short-term, Bitcoin could be considered bearish if prices continue to trend below the 50-period moving average.

BTC is now on day six of consolidation below the vital line. If prices continue to trend at levels like this, there is a higher risk for the bulls.

What’s more, the Relative Strength Index (RSI) is showing a bias towards a bearish trend. Strong resistance can be seen on the neutral-50 line. This indicates that sellers are putting on more significant pressure.

The AO (awesome oscillator) is highlighting a twin-peak bearish pattern. This could signal further downside potential. The result could be a landing pad of around $8,800. This is based on calculations from the July 25-27 resistance zone as well as the 100-period moving average.

Bullish spirits indeed won’t be lifted much by the weekly chart. These suggest higher pullbacks that what were seen on July 10-16 and on June 27.

For example, the previous weekly candle close made a bearish and engulfing candle. This means there is a significant likelihood of further price discovery to lower levels.

Also, the awesome oscillator (AO) is showing signs of a bullish bias that is deflating given the sinking of the bars towards neutral with increased selling pressure.

Bulls need to take the reins

The bulls now have the onus put on them and need to get themselves back in control of the trend on the short-term. Otherwise, they might have to hand over the reins of the direction in the mid-term too.

For that to happen, prices will need to be pushed to a close higher than $9,880. This is taken from the resistance of July 25 to 27, according to Bitstamp prices.

How things could change further ahead

So far this year, BTC price has been rallying with 2018’s disastrous year behind it. It has improved by around 200% since the start of the year. However, things could change even further afield since the Bank of China, which is a state-owned bank, has posted an infographic that is pro-bitcoin on the website. This infographic explains bitcoin’s history and detail how it works as a cryptocurrency.

The sentiment in China now seems to be shifting. If this country does decide to accept bitcoin, we could see a big step forward for bitcoin becoming adopted by the mainstream.

crypto featured
Share. Facebook Twitter Pinterest LinkedIn Tumblr Email
Previous ArticleAugust is Going to Be the Hottest Trading Month and We Offer You a $500 Cashback
Next Article “Boris Johnson effect” sinks GBPUSD. Crazy Times for Pound Sterling Yet to Come