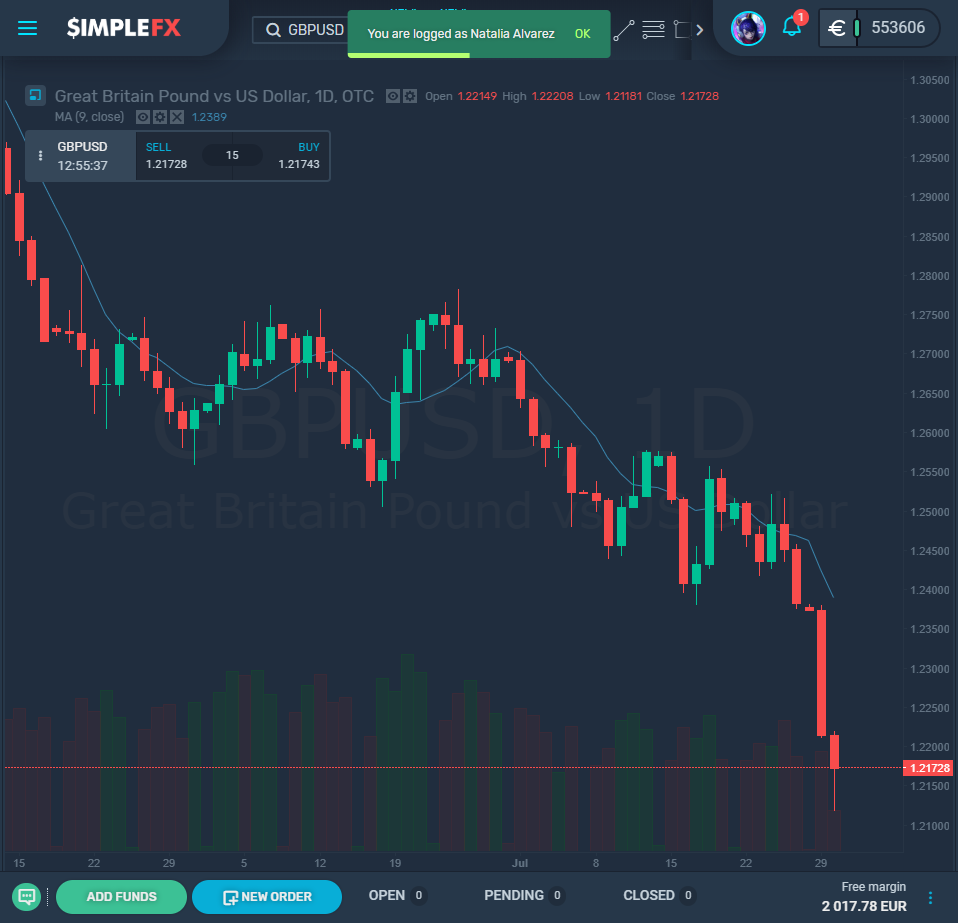 The British pound is going down after a former Brexit campaigner Boris Johnson took the Prime Minister’s office. GBP hit a two-year low against the euro.

On Monday pound sterling had the wors day the London Stock Exchange went up as a result of the first interest cut in the US after the 2008 crisis.

The markets respond to the recent declarations of Johnson’s cabinet. He distanced himself from his precedent’s Theresa May’s Brexit plans while his foreign affairs minister called European Union’s negotiators “stubborn”.

Investors around the world are seriously considering a no-deal scenario as a possibility, which should cause more volatility in the weeks to come.

This is a great time to trade pound sterling cross pairs on Forex. Especially with SimpleFX WebTrader since throughout the August we are cutting spreads with our limited-time promotion.