You are at:Home»Analysis»Alphabet Stock Jumped Substantially After Announcing Results. How Will It Perform This Week?

Alphabet Inc. shares opened more than 8% higher and at the peak reached $1265 per share during Friday’s trading. The company beat targets from Wall Street on touted growth and ad sales at the company’s cloud unit. Alphabet Inc. is leaning on the high-margins of the cloud unit to drive growth.

The cloud business is a lot smaller than Amazon, the market leader, AWS and Azure, Microsoft’s competing company. However, analysts from Wall Street were feeling positive about the quarterly revenue of $2 billion from the cloud unit. 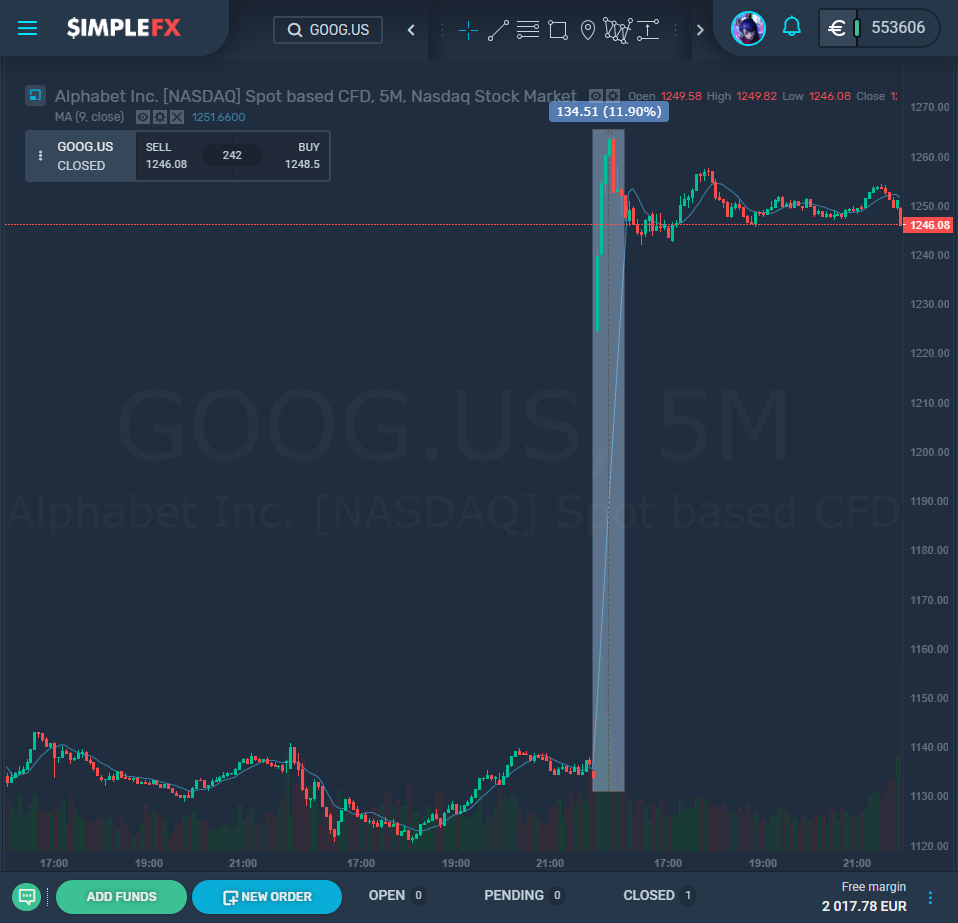 Sundar Pichai, Google’s Chief Executive Officer, has high ambitions to generate increased revenue eventually from the cloud business rather than the mainstay advertising business. Pichai said that the cloud unit is running an annual revenue of $8 billion. Also, the number of sales staff would triple in the next couple of years.

Also reporting on Thursday was Amazon who said that their AWS brought in $8.4 billion of second-quarter revenue, which is an increase of 37% on last year. Azure’s sales also went up 64% in the final quarter.

Alphabet’s shares could help it catch its peers as it is set for its most significant gain in a single day over the last four years. At the close of play on Thursday, there had been a 9% raise this year, which can be compared to over 30% for Microsoft and Amazon.

Alphabet bounced back from its rare missed revenue from the first quarter, beating earnings expectations and revenue on its higher ad sales. It did not offer any guidance on the increase in regulatory scrutiny.

Eighteen brokerages on Wall Street increased their targets for prices on the stock. Evercore and Wedbush made the boldest moves by expanding goals with an additional $150. Around 90% of analysts that cover the stock have a higher rating or “buy.”

Nevertheless, there are still questions on whether content moderation, suggested antitrust rules and privacy in the U.S., as well as other countries with high revenue, will permeate online advertising.

Monness Crespi Hardt’s analyst Brian White said in a note, “We expect the negative news flow to continue this year and Big Tech is coming under increased scrutiny.”

Alphabet said on Friday that it would keep engaging with regulators after acknowledging an antitrust review by the U.S Department of Justice for large technology companies.