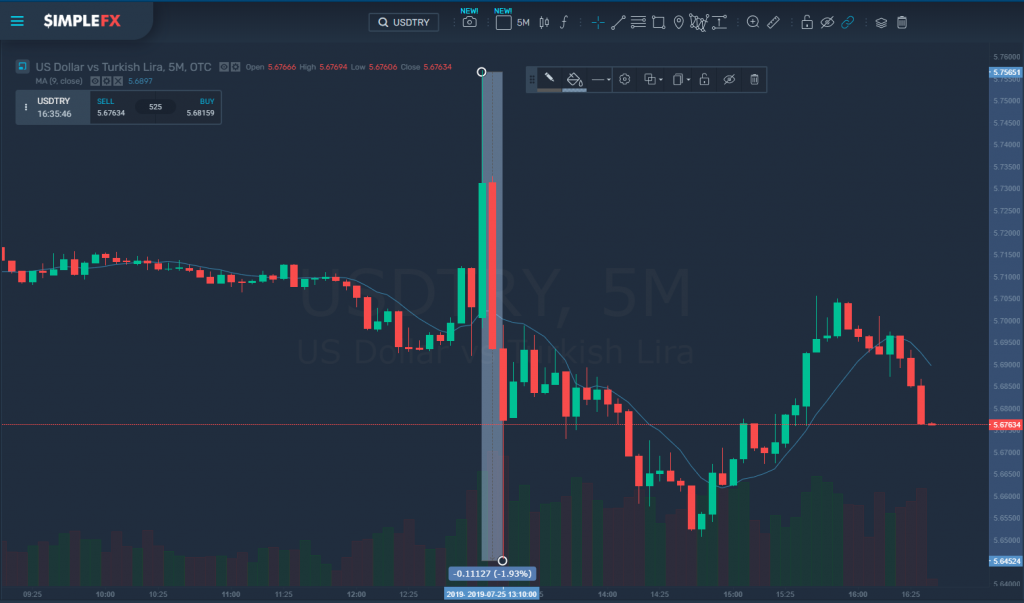 The new head of the Turkish central bank made the biggest interest-rate cut in history. There’s no doubt that the move was the result of political pressures from President Erdogan, who aims at stimulating the economy even at the cost of possible higher inflation.

The central bank cut the benchmark borrowing rate by 425 basis points to 19.75%, which was way stronger move than any of the analysts predicted.

Moreover, it was the first cut in three years and the biggest since the central bank introduced inflation targeting in 2002.

“The much bigger than anticipated cut marks the new era for a central bank whose independence has been severely undermined,” Piotr Matys, a London-based strategist at Rabobank told Bloomberg.

The Turkish lira plummeted almost 1% against the US dollar as USDTRY rose to 5.74 in just a few minutes. Than the lira appreciated for a while with another massive swing of 2% (as seen in the chart) in less than 10 minutes.

It was a crazy market move and soon the price went back to normal. However, traders being active at USDTRY and reacting to the decision could have made huge profits shorting the symbol with adequate leverage.

Just putting a required margin of 100 USD at the right time and applying SimpleFX maximum leverage could have resulted in $967 profit in 10 minutes! 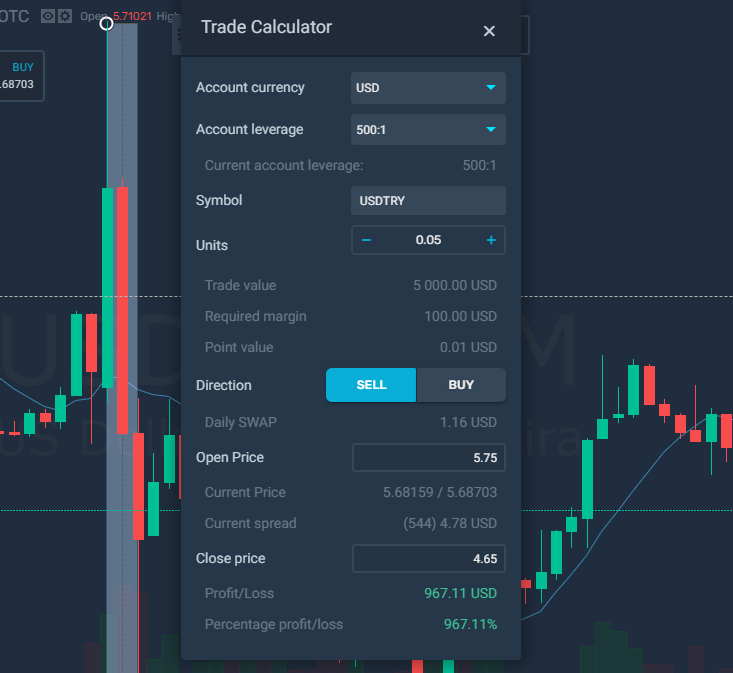 At the moment the Turkish lira seems to be stable, but it has been forex traders’ favorite recently.

The price moved up and down in the last days. The currency is very volatile due to political tensions. After President Donald Trump indicated the US might sanction Turkey because it decided to buy the Russian defense system.

The currency has been the best forex performer since the start of May as you can see on the declining USDTRY chart below. 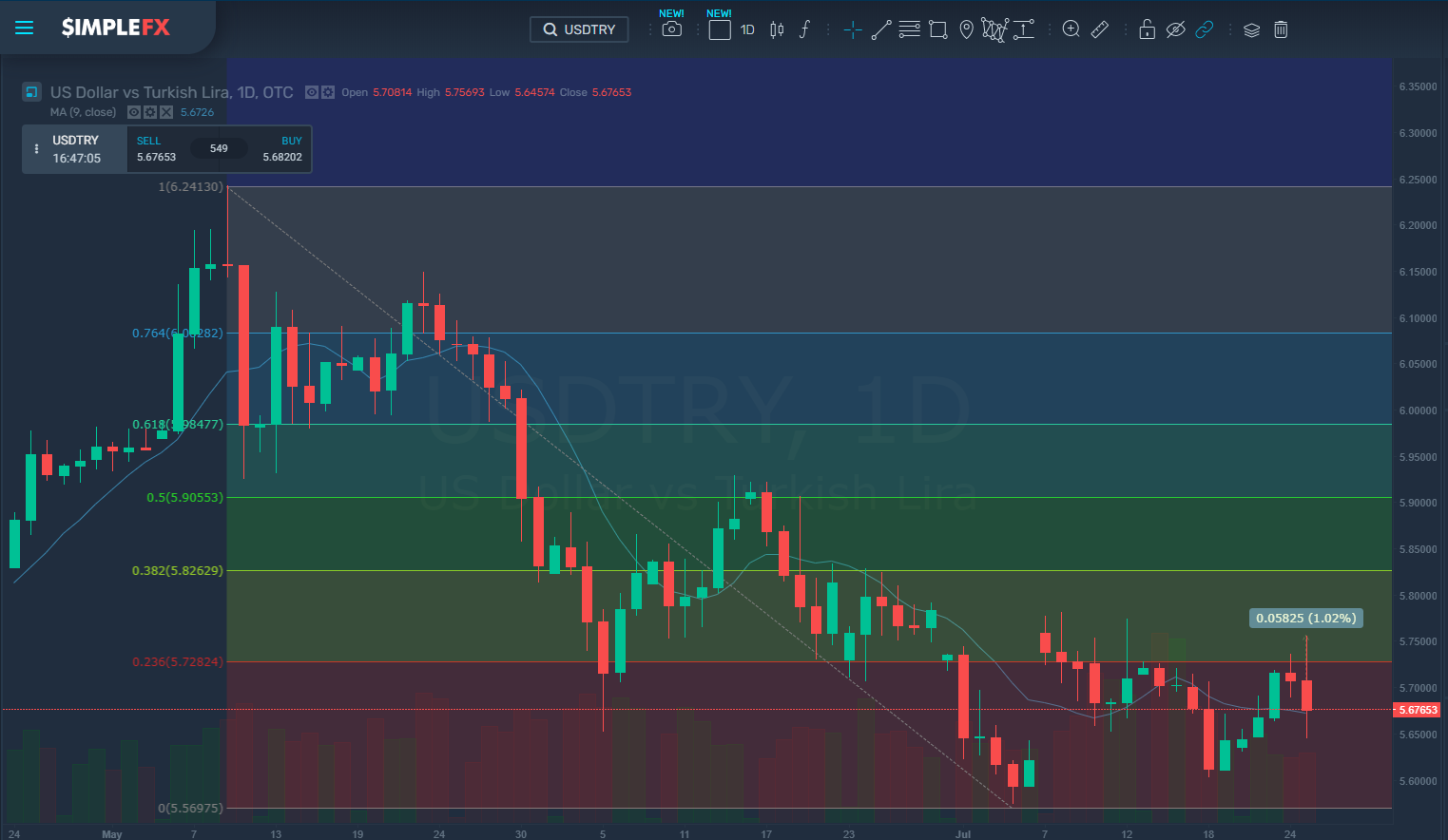 Both USDTRY and EURTRY are forex pairs worth watching in the next days.