You are at:Home»News»An Interesting Spot for Traders as Q2 $2.9 Billion Loss Was Boeing’s Worst-ever

Wednesday saw Boeing report a massive $2.9 billion loss for the second quarter, which is its worst ever. This aerospace giant’s 737 Max airplane remains firmly grounded due to two fatal crashes. Costs are, therefore, piling up.

The company’s shares have declined by 2.7% from the previous close (of $373.07), which has impacted the Dow Jones Industrial Average.

As well as losing $5.82 per share during the second quarter of this year, Boeing has also lost revenue. The last time Boeing’s quarterly loss broke records was back in 2009 during the financial crisis when it lost $1.6 billion.

Since the halted production of the 737 Max, Boeing delivered 104 fewer airplanes during the second quarter if we compare with last year’s figures. 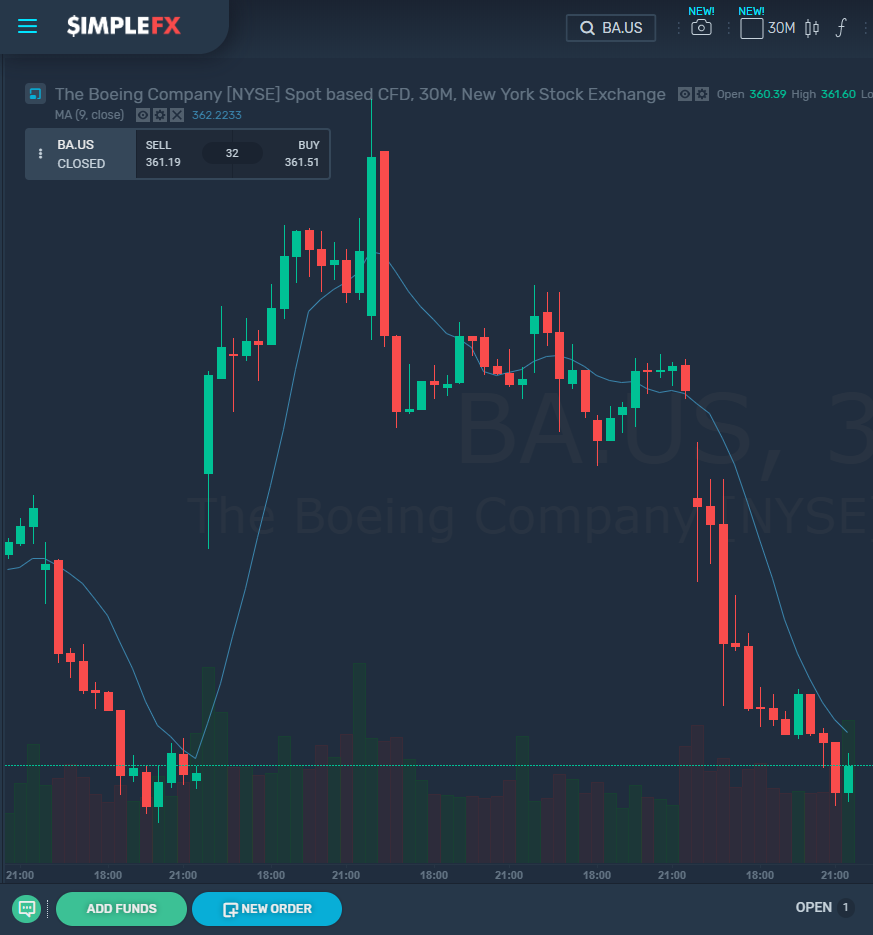 However, Carter Copeland, an analyst at Melius Research, suggested that these results are not too bad, all considering. He believes the situation could have been much scarier than it is.

During the same quarter last year, Boeing earned 275% more than this quarter. The revenue is down by 35% too, when we compared it to the 2nd quarter in 2018.

Dennis Muilenburg, CEO, and Chairman has described this as a “defining moment for Boeing.”

Boeing’s loss includes the cost of grounding the 737 Max planes, which came in at $8.74 per share in earnings. The grounding occurred during mid-March, and since then, Boeing has been testing and amending the software of the 737 Max, but the company still isn’t sure when this airplane will take to the skies again.

The commercial airplane business for Boeing blames the loss on the disrupted deliveries of the 737 Max aircraft that had been ordered widely. Thus, their deliveries of commercial airplanes dropped from 194 to 90. Boeing said, however, that the hit to profit from these 737 Max problems has been offset partially by an improvement of margins on the 787 Dreamliner airplanes.

On a positive note, the company’s revenue on its services business has remained stable, climbing 11% from $4.1 billion in 2018 to $4.5 billion this year.

There was also a $6.6 billion increase in the second-quarter revenue in Boeing’s defense unit. There has been a rise in weapon programs, satellites, and F/A-18 fighter jets. There have been hefty contracts for Boeing from the Pentagon with $194 million allocated to build the next generation of MH-47G Chinook helicopters which will be used for the Army Special Operations Aviation Command. Also, they have a $250 million contract with the Air Force for the JDAM (Joint Direct Attack Munition) bomb. As well as this, there has been a continuous delivery of KC046 tankers for the Air Force.

It was expected that Boeing would report revenue of $18.6 billion and earnings of $1.87 a share before the reports came out.