You are at:Home»News»Bitcoin Surged over 10% and how You Could Have Made $650 in 15 Minutes

Yesterday Bitcoin jumped $1,000 in just over two quarters of an hour. You can see the jump in the SimpleFX WebTrader’s five-minute chart. Of course, major altcoins followed.

What a great opportunity for a margin trade with high leverage it was. However, to make the most of it one needed to get on the rising price wave very quickly. Of course, major altcoins followed. 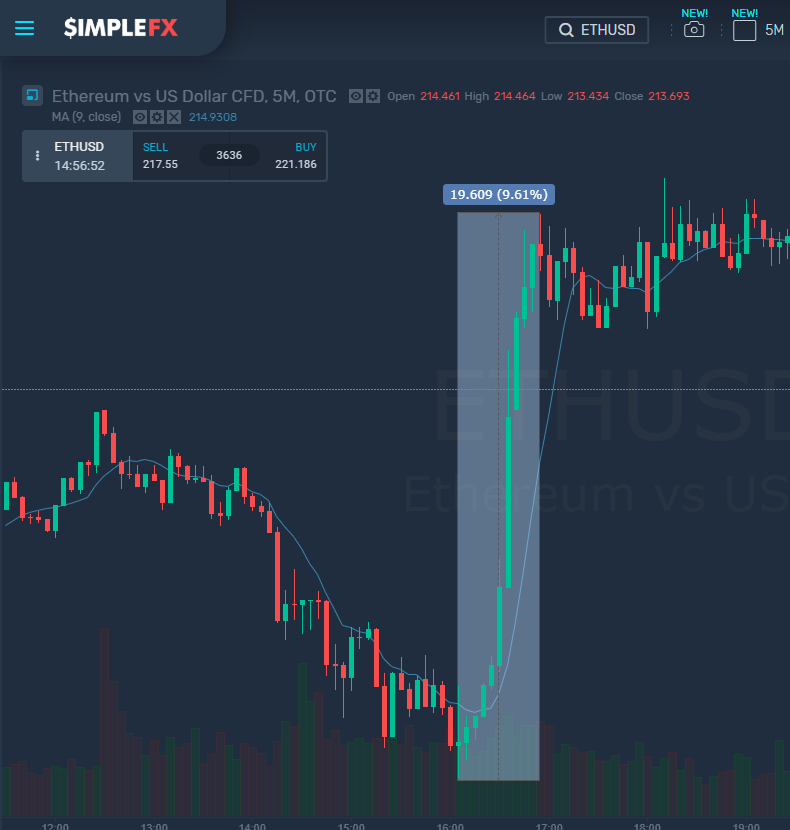 The major hypothesis for the cause of the rise was a series of closing some large profitable short BTCUSD positions on July 18, around 15:00 UTC after. The transactions on OKCoin exchange were reported by @WhaleCalls twitter bot account.

The sudden rally could be associated with the massive unwinding of short BTC/USD positions (profit taking) seen in 30 minutes to 15:00 UTC, as reported by bot powered twitter handle @WhaleCalls.

How much would you make if you had your SimpleFX account ready and traded during the surge? Let’s say you decided to go in after the first really spectacular green candle closed at $9629 just for one unit of BTCUSD. If you closed the order after 15 minutes at $10277, you’d earn $648 in just 15 minutes. 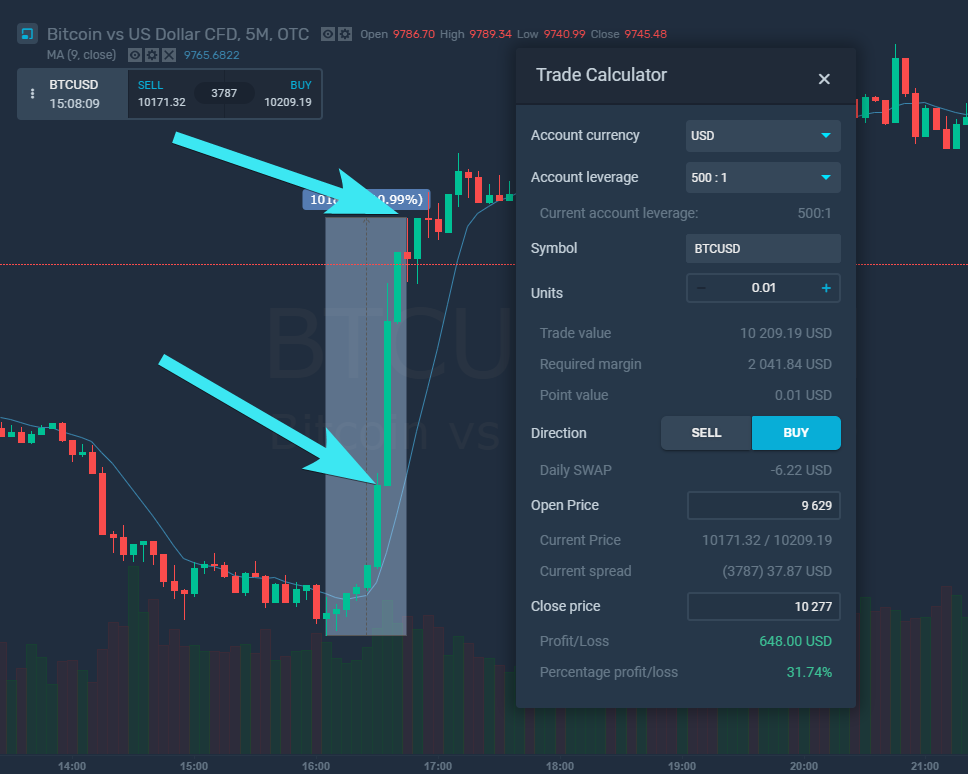 Try to count it yourself using the SimpleFX Trade Calculator. Here’s where you can find it. It’s only available in the desktop view of our web application. 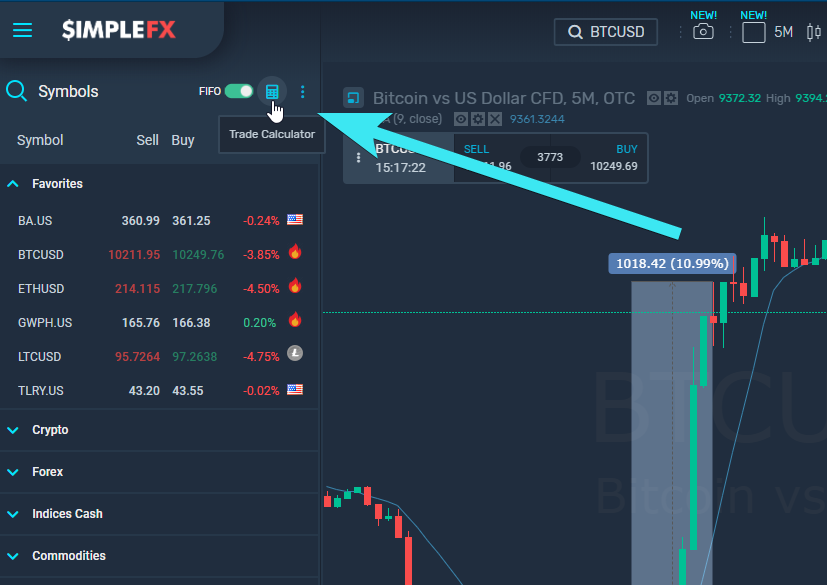 Use SimpleFX Trade Calculator to plan orders and see the profit you can make margin trading with different leverage.