You are at:Home»Analysis»Bitcoin Rally 2017 vs. Today – What’s Similar and What’s Different

Many are left reminiscing about Bitcoin’s 2017 surge recently after we've seen a 60% increase from May. The 2017 wave is what made the public aware of cryptocurrencies. Although prices are rocketing, the feeling isn't quite as joyful. 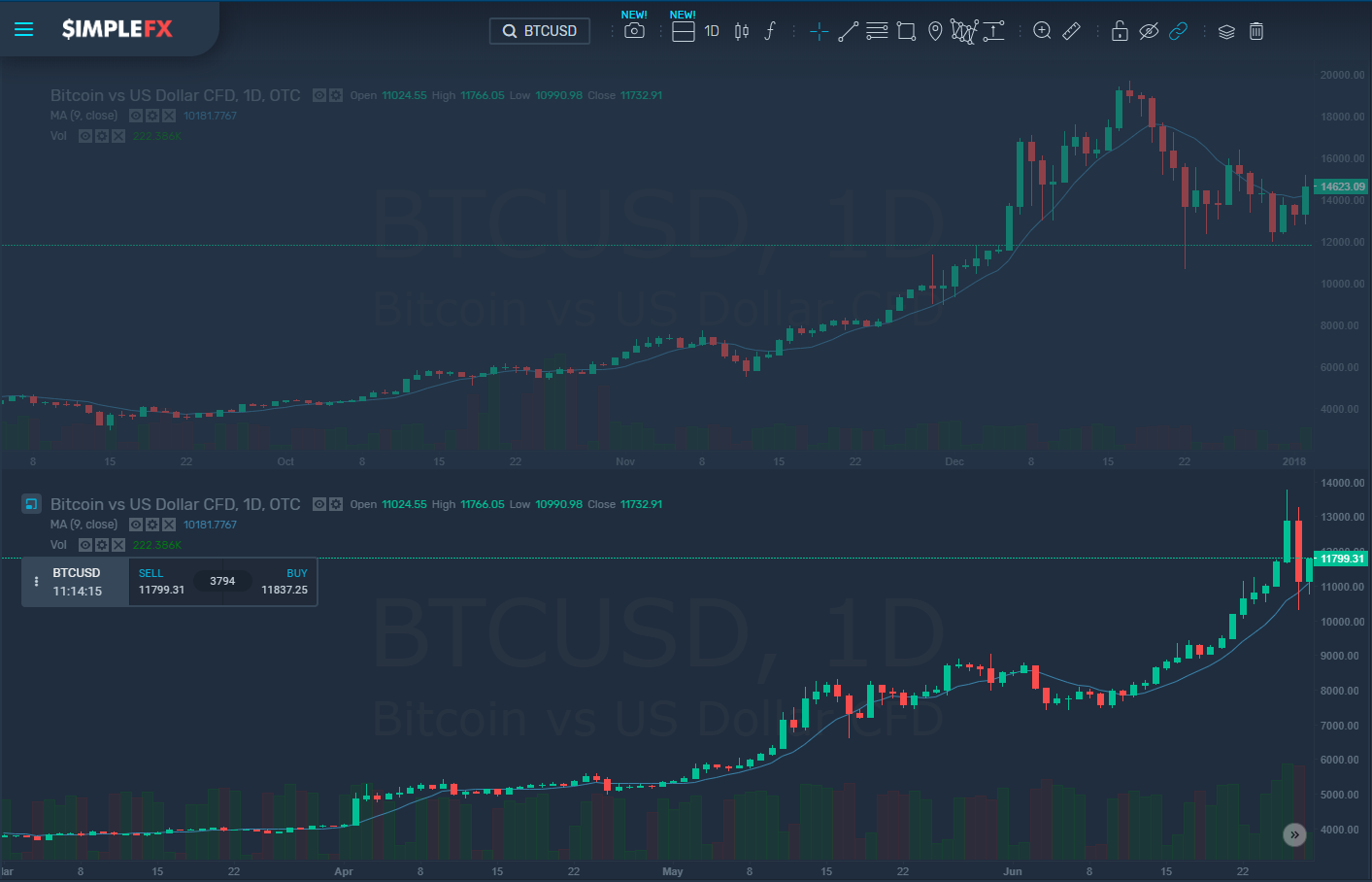 In December 2017, the word “Bitcoin” was entered into Google five types more than its baseline search amount. For the first time, Bitcoin, the largest cryptocurrency in the world, was a topic of discussion across many dining tables during the holiday season. During this time, there were over 19,000 people in a Reddit subgroup for Bitcoin. There are currently around 11,000 in this group. Also, posts had as much as a thousand comments whereas nowadays they’re lucky to get more than a couple of hundred.

The euphoria of 2017 sparked an interest in everything to do with blockchain. Lots of penny stocks began to include the word in their names, and there were substantial price gains in shares. Michael Novogratz, a renowned Wall Street Veteran, declared Bitcoin as the future currency.

There are also many believers this time too that are excited but the pomp that surrounded Bitcoin a year and a half ago is not there this time.

Will McDonough, CEO of Diginex Americas, a blockchain technology company, said, "I think it is different. The rally of 2017 was to the net benefit to the whole ecosystem, and it exposed more people to the asset class. [This time around], I think institutional investors, wealthy individuals, family offices – they have very few vehicles through which to get exposure to blockchain, and the easiest for them is Bitcoin.”

Since there is little enthusiasm from the public on pages like Reddit, this doesn't bode particularly well for the costs, according to Pacific Northwest National Laboratory. Svitlana Volkova and Maria Glenski, the authors, have created a forecast model allowing for the prediction of Bitcoin’s prices a day ahead. There is a 4% margin of error, however.

Glenski said in a telephone interview, "You can connect the dots between what's happening on social media and the fluctuations in price." Researchers are looking at how fake Twitter rumors can manipulate prices through pump-and-dump schemes and the like. User @Crypto_Bitlord said, “The Bitcoin ETF has been Approved." This is actually "fake news" but has still received 1600 likes.

Also, it’s worth bearing in mind that many people believe a lot of Bitcoin’s 2017 surge was down to manipulation of the markets.

Consumers are wary, however, as they still remember 2018’s price collapse that was greater than 70%. SophisticatedInvestor.com surveyed 2000 over 18s in America, and only 4.6% had confidence in cryptocurrency as an asset class. It is trusted nowhere near as much as other types of an asset like commodities and real estate.

If we put feelings to one side, there is also a difference in fundamentals. Blockchain.info claims that the trading volume is nowhere near what it was in December 2017. It is 16 times lower.