Trump Shifts to Currency War. Is it the End of the “Strong Dollar” Policy? 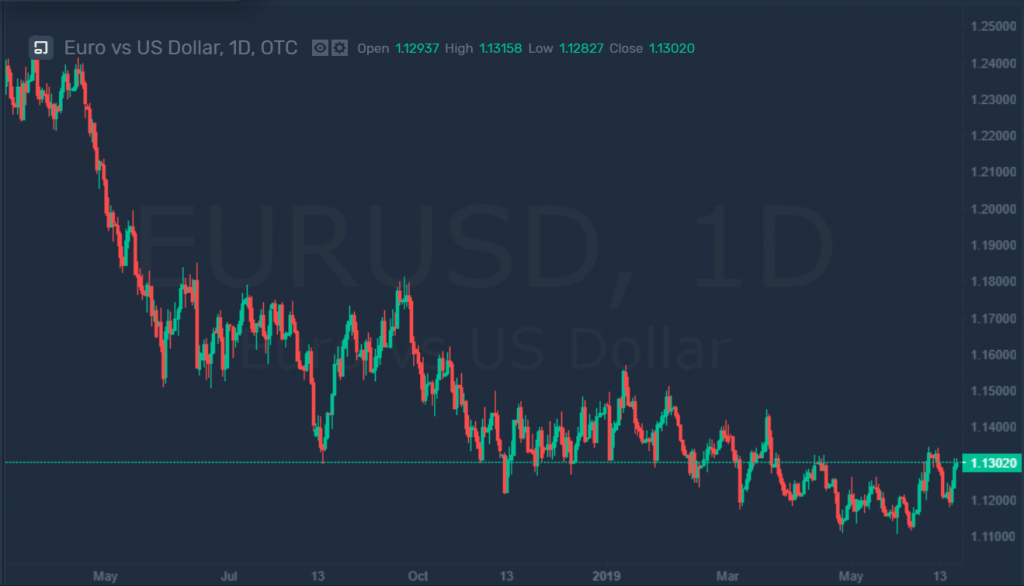 Already, President Trump has prompted trade wars in the global economy. However, there are also now signs that he is gearing up for a war on currency too.

Some of his tweets this week were aimed toward the European Central Bank. Mario Draghi, the bank’s president, announced that he was looking to cut interest rates even more as a result of the slow growth in Europe. Trump’s tweets were a rare presidential intervention whereby he commented on the monetary policy of another economy.

“Mario Draghi just announced more stimulus could come, which immediately dropped the Euro against the Dollar, making it unfairly easier for them to compete against the USA. They have been getting away with this for years, along with China and others.’’

“German DAX way up due to stimulus remarks from Mario Draghi. Very unfair to the United States!’’

This isn’t the first occasion where Trump has accused currency manipulation abroad for increased dollar strength, which raises export costs in the US. He has become a unique figure already in that he is shifting away from “strong dollar” policies that his predecessor presidents had.

Trump is increasing the heat by directing his comments at Draghi directly at the same time as a gathering of his Federal Reserve was taking place in Washington to agree on rates.

A tit-for-tat push to weaken Foreign Exchange rates and thus boost exports when there’s slow economic development is in no one’s best interests so agreed central bankers and finance ministers. They reiterated their commitments from March 2018 in refraining from aggressive devaluations.

In May, the treasury in the US increased its scrutiny of economies from 12 to 21 as well as expanding the watch list to nine from four originally. It added countries including Italy, Singapore, and Ireland under stringent new criteria. It also refrained again from labeling China as a manipulator.

On 23 May, the Commerce Department suggested the allowance of companies in the US to look for trade sanctions for goods that come from countries that have “undervalued” currencies.

Many economists believe that the USA should have a more forceful attitude in addressing the manipulation of currency by trade partners. There has even been a call for a 21st Century Plaza Accord, the agreement in the 1980s that saw Japan and other countries engineering a dollar devaluation thanks to the Reagan administration’s pressure.

In a Tuesday interview, Brad W. Setser, former staff economist at the US Treasury, said Trump’s European Central Bank intervention is misplaced, mainly because the comments from Draghi were aimed toward domestic conditions.

“Most of the world recognizes that the ECB has failed to meet its inflation target and that with a slowing European economy there is pressure on the ECB to ease policy.”  He added that the intervention could even be seen as market manipulation itself which “feeds into a building narrative in Europe that the U.S. is a rogue actor under a rogue president.’’

Trump may have real reasons to moan. Since the launch of Trump’s trade war, the Yuan in China has fallen against the USD too.

The moves are seen as being related to the economies of Europe and China weakening and the fact that the global economy appears more and more fragile, partly due to Trump’s trade wars themselves. A further drop of the euro-dollar exchange rate could anger Trump, even more, making him much more likely to enforce auto tariffs.