You are at:Home»Uncategorized»Huge price jump of oil as attacks on oil tankers send shock waves to the market

The US Fith Fleed announced two tankers were damaged after what is supposed to have been a terrorist attack in the Gulf of Oman. At least one of the ships is said to have been by a “torpedo.

The Latest: US Navy’s says it’s assisting 2 oil tankers targeted in ‘reported attack on tankers in the Gulf of Oman. https://t.co/zFmBnArN38

Last month another oil tankers in the region have been attacked.

Events like this can widely increase the volatility on crude markets. SimpleFX traders who reacted to the information made some impressive returns as the WTI Crude Oil at the New York Mercantile Exchange appreciated by 3.25% in less than 20 minutes.

The broader pictu\re for oil prices is also interesting from a day trader’s perspective. Yesterday oil dropped to the five years low among fears of a global economic slowdown. The prices went down as much as 4% on Wednesday in response to information about expanding crude stockpiles from the US government. 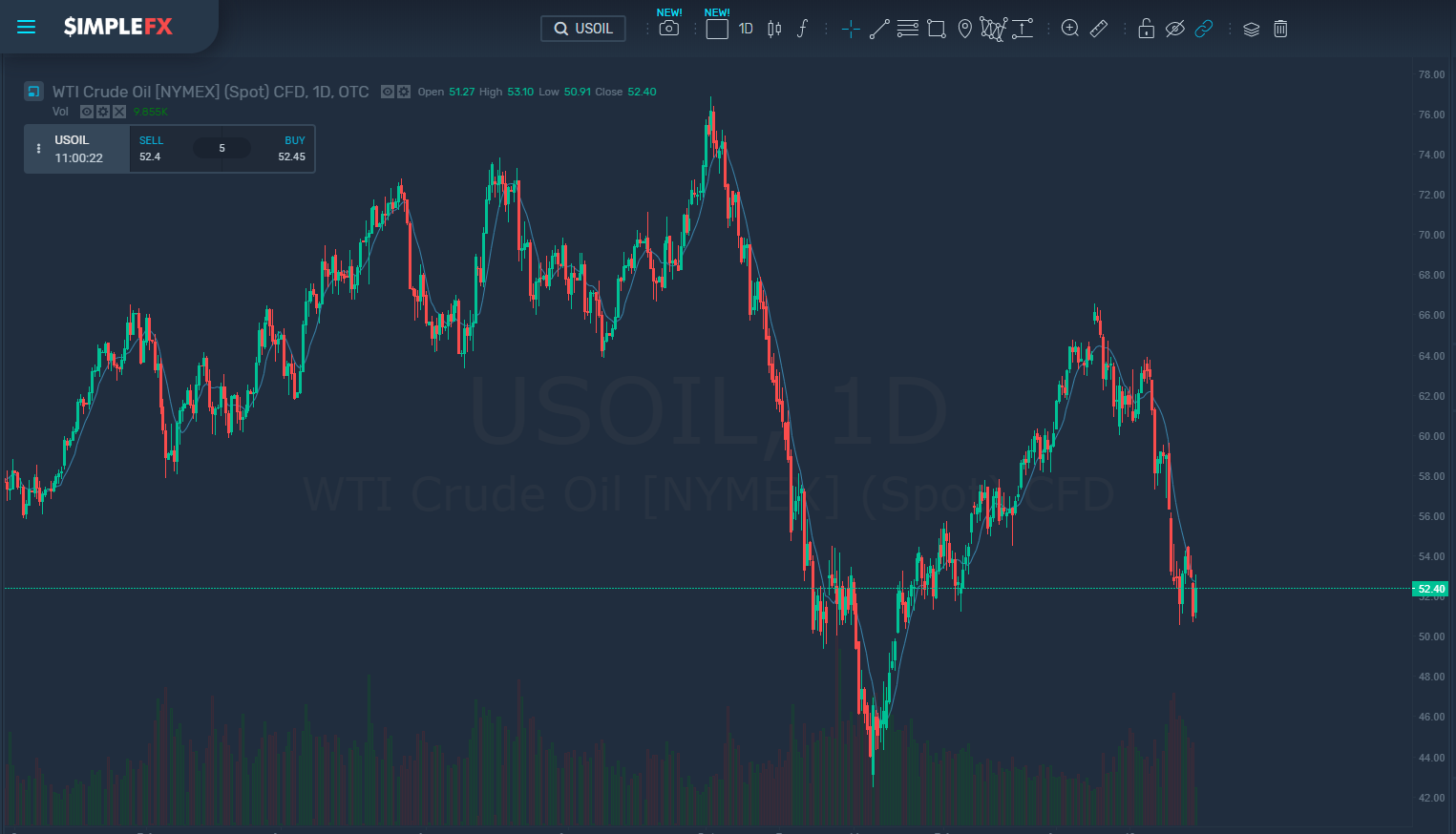 On the WTI Crude Oil 1-day chart, you can see the market’s volatility over the last months. What makes USOIL an attractive symbol for CFD trading are big swings in price accompanied by strong trends with practically no consolidation periods.

The supposed attacks came when the oil was entering a bear market.  The Energy Information Administration stated on Wednesday that US crude stockpiles soared the highest levels in approximately two years.

The inventories stockpiled in Americas biggest hub at Cushing increased by 2.1 million barrels, the most significant increase since mid-February.

Growing reserves combined with the escalating tensions between the US and China create strong pressure for sale. However, unexpected events like the two damaged tankers might move the trend the other way.

One of the tankers in the Gulf of Oman is “suspected of being hit by a torpedo”, Taiwan’s state oil refiner, CPC Corp, said. As Sky News reports:

International Tanker Management, which operates the vessel, said an explosion caused a fire onboard.

It was carrying 75,000 tonnes of a liquid hydrocarbon mixture called naphtha when it was attacked at 5 am UK time, CPC Corp added. The cargo’s value is estimated at $30m (23.7m).

The other tanker – Kokuka Courageous, which was carrying methanol – sustained damage to its starboard hull, its management said.