You are at:Home»Analysis»US Private Jobs Growth is the Lowest in 9 years! Is it an Early Sign of Recession?

The private job growth in the USA could only rise by 27,000 in May; this is far below the expectations of economists. The May result released on Wednesday by a payroll processor equally represents the lowest gain since over nine years; that is, the weakest since March 2010. The report was developed using Moody’s Analytics. 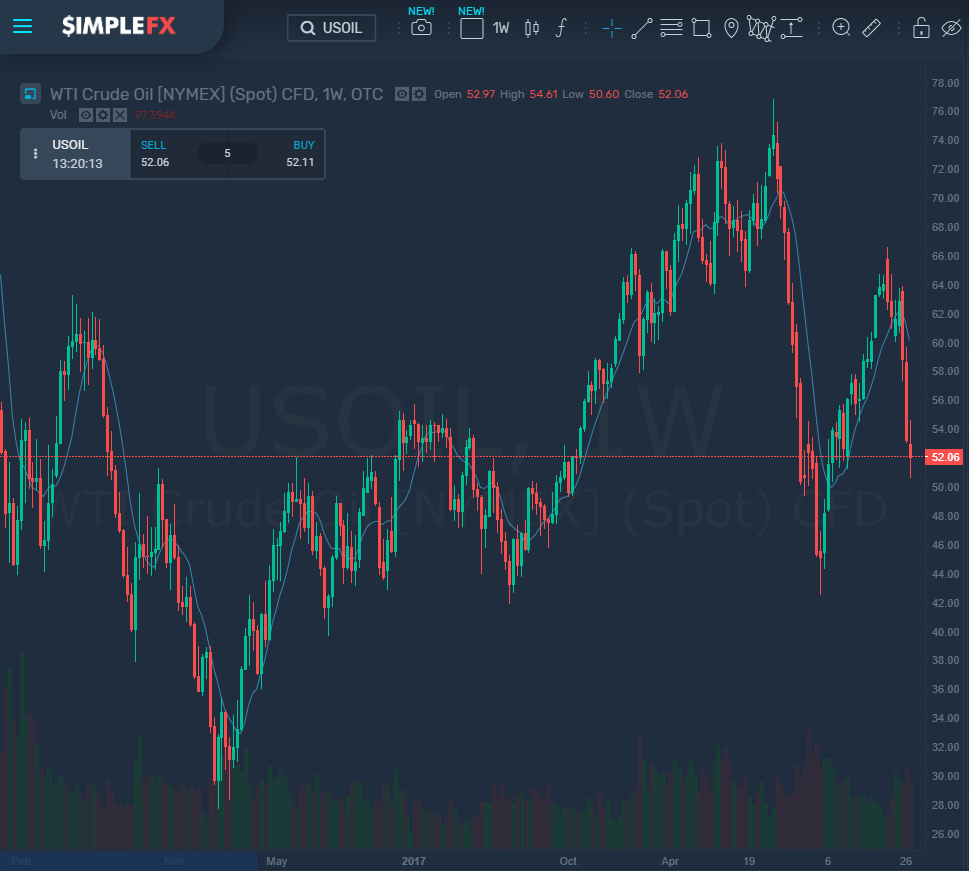 A broad view at USOIL 1-week chart over the last couple of years.

The expected growth by economists about private job generation was that the ADP National Employment Report would gain up to 180,000 jobs and the estimates range from 123,000 to 230,000. The private payroll gains in previous months were reduced from 275,000 to 271,000.

The Labor Department report shows that economists are looking for U.S. private payroll employment to experience a growth of 175,000 jobs in May from the 236,000 jobs recorded in the previous month. It was also expected that the total non-farm employment would have changed to 185,000. There is an expectation that the unemployment rate would remain steady at 3.6 percent, similar to the record obtained in the previous month.

The reduction in private job generation indicates weaker growth in the U.S. economy. However, the International Monetary Fund (IMF) speaking through Christine Largade, its Managing Director, believes that the slow growth will not culminate in a global recession, despite the trade war going on between the United States and China, as well as, the potential U.S. tariffs on Mexican goods and autos.

While Largade agreed during a Reuters interview that the escalating tariff threats were sapping market confidence and business opportunities and had the propensity to slow economic growth, she does not see the danger and associated challenges culminating in a global economic recession.

Lagarde said in response to a question on the possible effect of the economic standoff between the USA and Mexico and the USA and China, that “We don’t see a recession. Decelerating growth, but growth nonetheless — 3.3 percent at the end of this year, and certainly a strong U.S. economy. We do not see at the moment, in our baseline, a recession.” 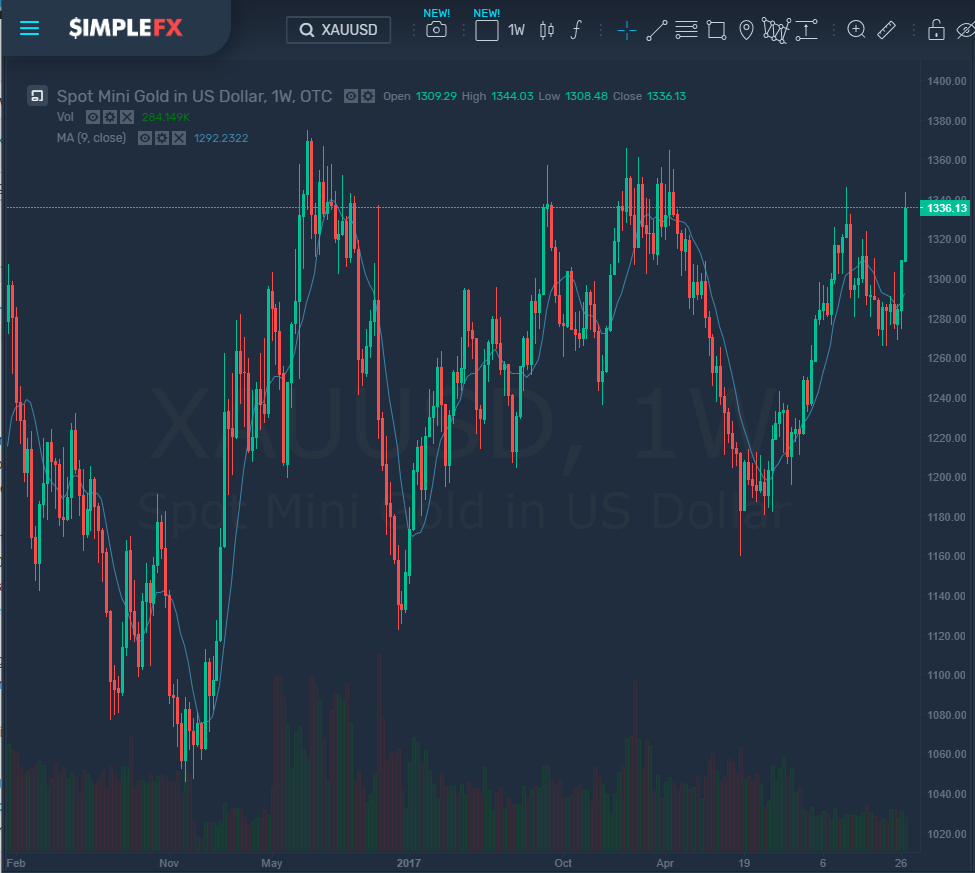 A broad view at XAUUSD 1-week chart over the last couple of years.

The IMF equally said on Wednesday that the US-China Trade War could reduce 2020 global gross domestic product by up to 0.5%, which is equivalent to $455 billion; this loss is more significant than the annual economic output of South Africa, a G20 member state.

The estimate released by the IMF leaves out the 5% Mexican goods tariff threatened by Trump over immigration issues; bear in mind that the U.S. also threatened to ratchet up the tariff every month until Mexico complies.

Lagarde speaking for the IMF said this threat by the USA would culminate in “self-inflicted wounds” and she counsels avoidance of such an occurrence. She noted further that the IMF has decided to advise the USA against its unhelpful economic stances by presenting to the country economic research results and other facts to tell all involved that “If you go in that direction, these are the consequences. It’s for political leaders and for policymakers to decide what is in their interest.”