The BTCUSD price soared on what was Sunday evening and Monday morning in most continents. The cryptocurrency broke the $8000 resistance with a huge jump as it gained 9.65% in just an hour and 15 minutes. At the peak, Bitcoin almost reached $9000.

Altcoins followed the leader. Litecoin rose 9% and Ether 6%, the trading activity among all cryptocurrencies increased substantially. 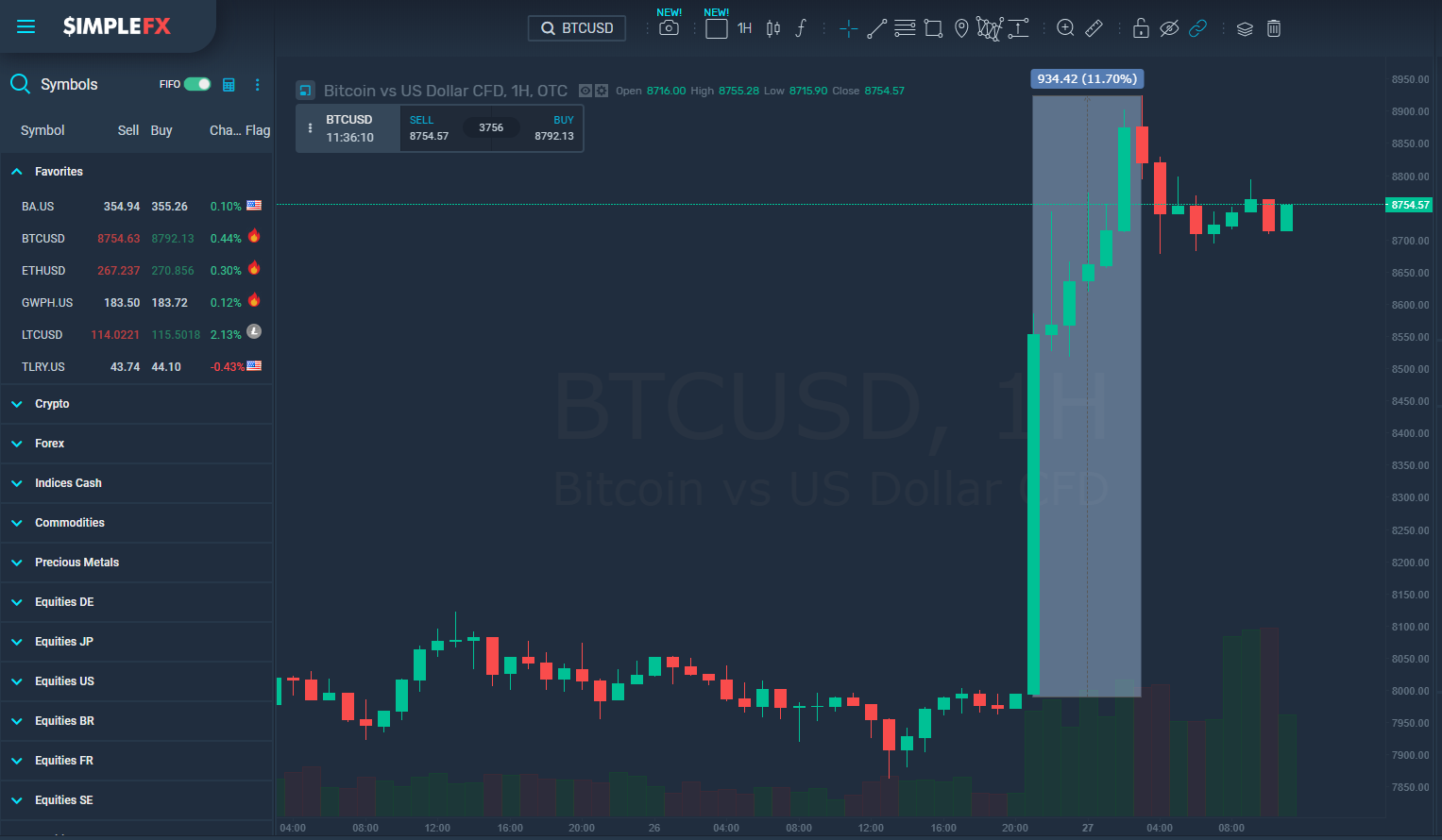 Bitcoin reached $8,939 before the price dropped. It was the highest level since May 2018.  The trading volume obviously rose and at the moment the price is moving sharply up and down looking for a trend.

Bitcoin is up 70% in May and the rise helped the first cryptocurrency to expand its dominance. The Bitcoin market capitalization rose to $151 billion while the total market cap for all crypto sector is estimated to be $264. This gives BTC an impressive 57.3% share, which is impressive. 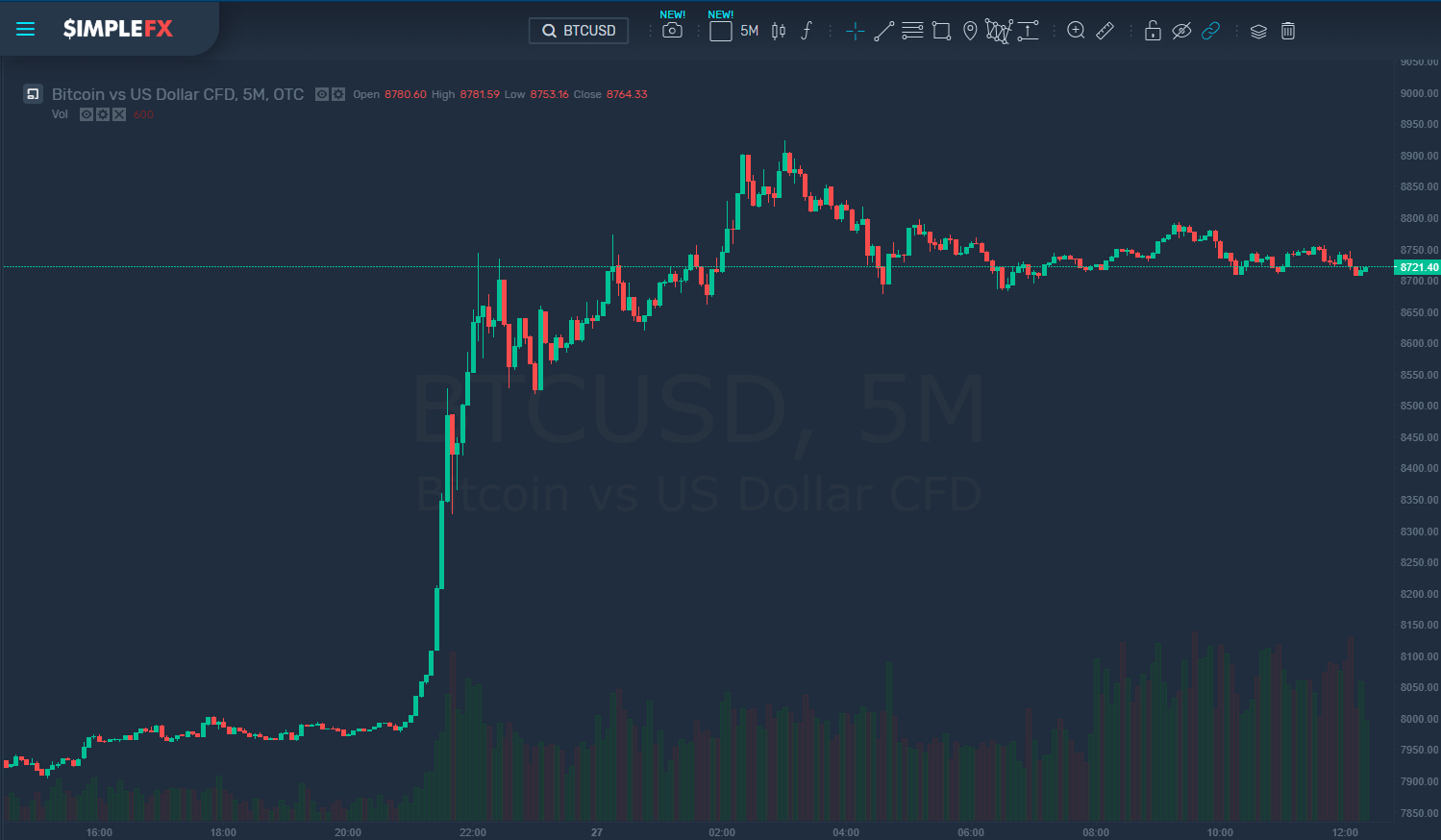 What could be the possible reasons for the growth and the recent superstrong rally? There are several theories about what might have been the reason.

On one hand, more merchants are accepting cryptocurrency – it’s getting more enthusiasm and people apart from speculating on crypto are simply using them.

According to a Bloomberg report, the bulls are already expecting the drop in supply caused by the upcoming “halving” of Bitcoin that will take place in 2020. We wrote about it on our blog here and here. In short, the mining rewards will be reduced by 50% in the next year. This may be enough to drive the price up.

Bloomberg cites my poll stating “61% of some 2,500 respondents said they anticipate Bitcoin will rally into the reduction of the block rewards”https://t.co/d7WXPBrj4C

As some analysts point out there might be a correction ahead.

This is the FOMO phase of the advance. Once the majority of sold-out crypto bulls capitulate and chase this rally a more sizable correction will likely occur, stopping out the same bulls, who are chasing this advance. pic.twitter.com/xqeIWKfwEQ

As far as the markets and price action has shown little signs of correction. The momentum seems to be strong, but it may go the other way anytime.

The truth is as far as Bitcoin price is concerned, everyone is the same level of expertise, so enjoy the trading.