You are at:Home»Analysis»Bitcoins $1,000 flash crash – was it a human error, bot glitch or “whale dump” manipulation?

Bitcoin did it again! Price movements such as -13.5% in 15 minutes are something you should expect to happen from time to time on the cryptocurrency markets.

On Friday morning Bitcoin lost more than $1,000 in just a quarter hour. There are several possible explanations to what seemed to be a flash crash as the cryptocurrency quickly recovered most of the value lost, but since then has not returned to the previous levels. 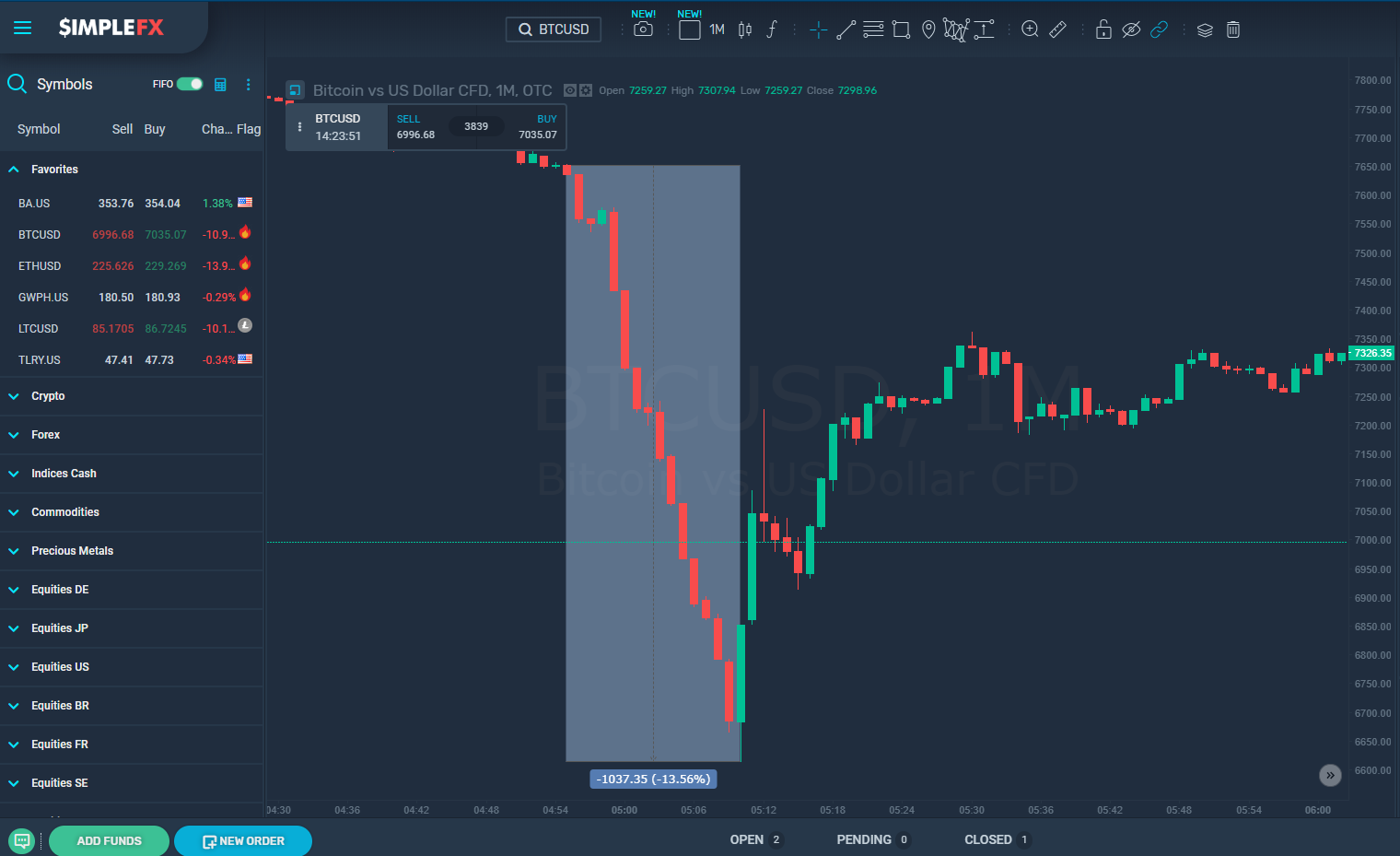 Nobody knows if it was a human (fat finger) error, an algorithm malfunctioning, or maybe a “whale dump” manipulation letting others enter the market at an artificially low price. According to some traders, the latter seems unlikely as the volume levels after “the dump” don’t suggest it. However, traces are easy to cover on the decentralized crypto markets.

What are the learnings we should take from this event? I’d underline two main takeaways:

That’s it. Good luck trading with SimpleFX and congrats to all of you who shorted BTCUSD before Friday’s morning. Let’s see what happens next 🙂