You are at:Home»Analysis»Three speculations on why Bitcoin soars over $8,000 while Ethereum, Ripple and others follow

Bitcoin price has more than doubled since the beginning of April and rose above $8,000. The biggest cryptocurrencies followed and now the altcoin market is in the strongest uptrend since 2013. The last trading hours gave crypto bulls the buying signal they were waiting for since the crash at the beginning of 2018.

On Monday Bitcoin jumped 25% and on Tuesday it added 6% more. All major cryptocurrencies accompanied the leader. Cryptocurrencies capitalization is impressive once again with almost $250 bn in total. 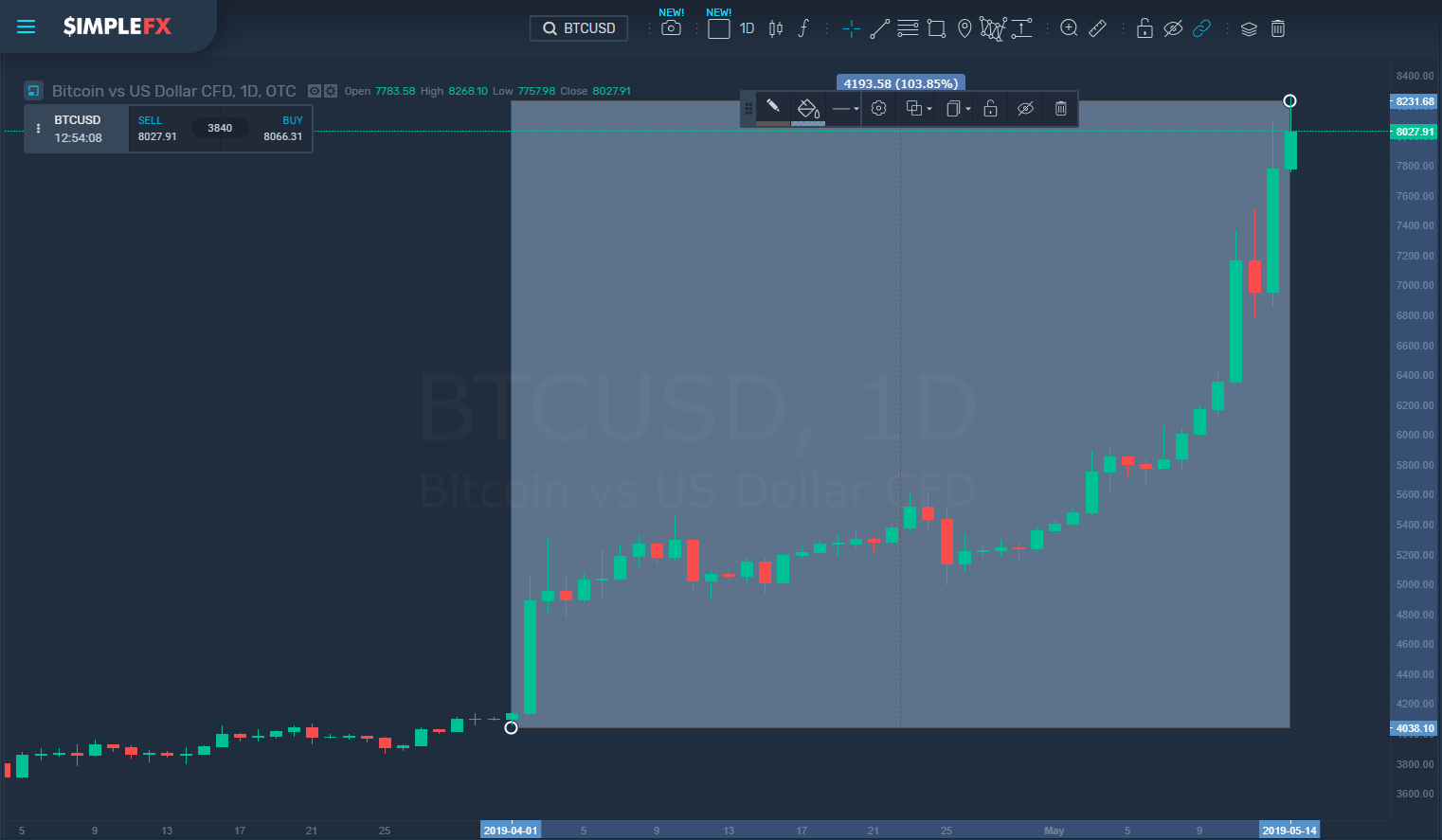 Since April 1, Bitcoin has been on the rise

The crypto gains have surprised everybody. A few days ago even Bitcoin enthusiasts were considering shorting their favorite asset. The rally happened during a major turmoil on the traditional global markets, which were both shaken by the ongoing tariffs crisis. The US President Donald Trump is threatening to both China and the EU with increasing the tariffs for the goods imported to the US.

Still, no one is able to give a convincing fundamental to the sudden trend change. However, there three most interesting speculations:

“There’s been no shortage of explanations for the recent spike, some more ludicrous than others and none that are nearly significant enough to match the size of the leap we’ve seen,” Craig Erlam, senior market analyst at Oanda Corp. in London wrote in a note to investors quoted by Bloomberg. 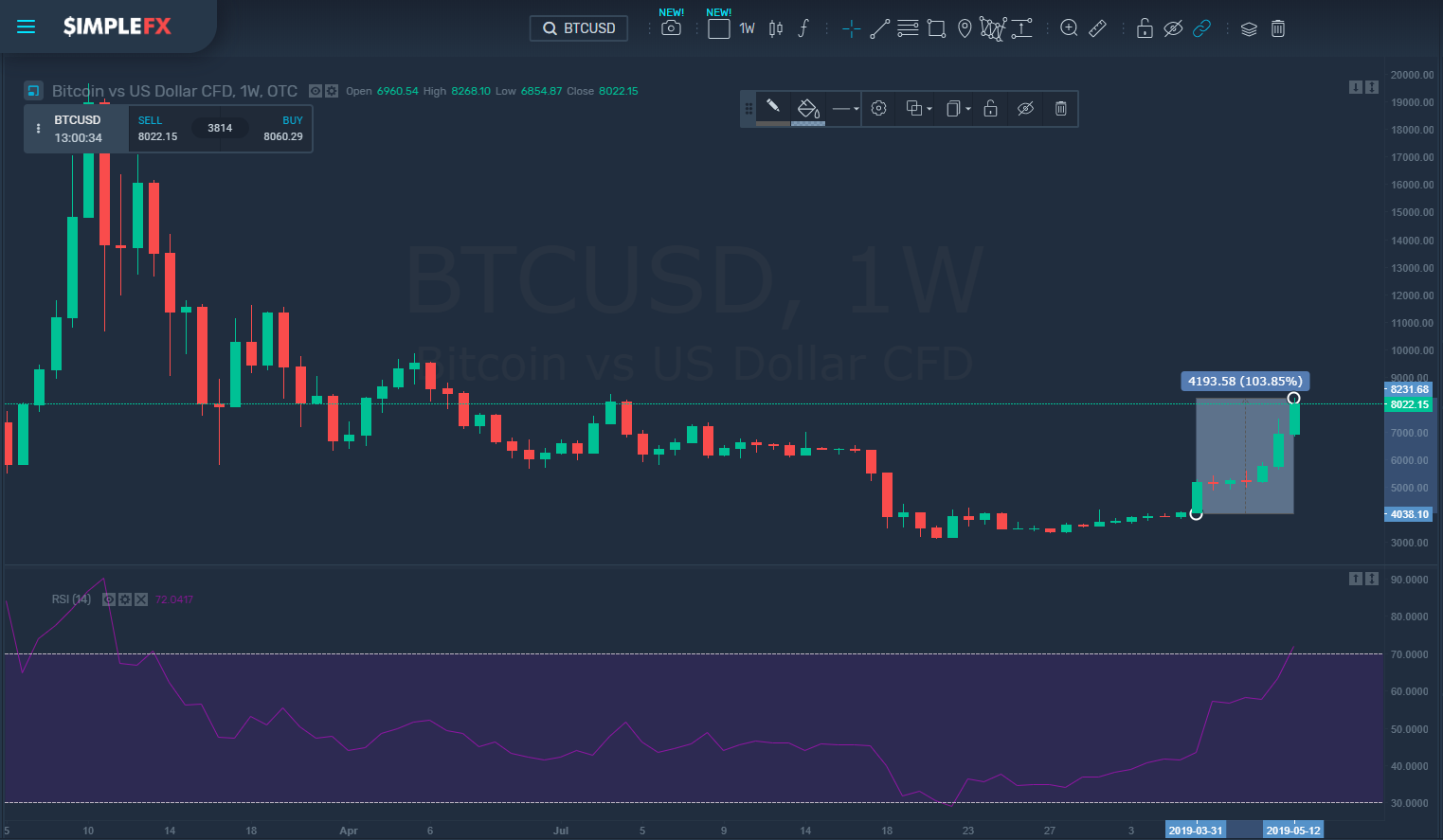 You can take a look at the RSI on a larger scale, which has just broken through the level of 70, which is considered to signal that an asset is overbought. However, with the cryptocurrency markets, every trend brings in something nobody has ever seen. 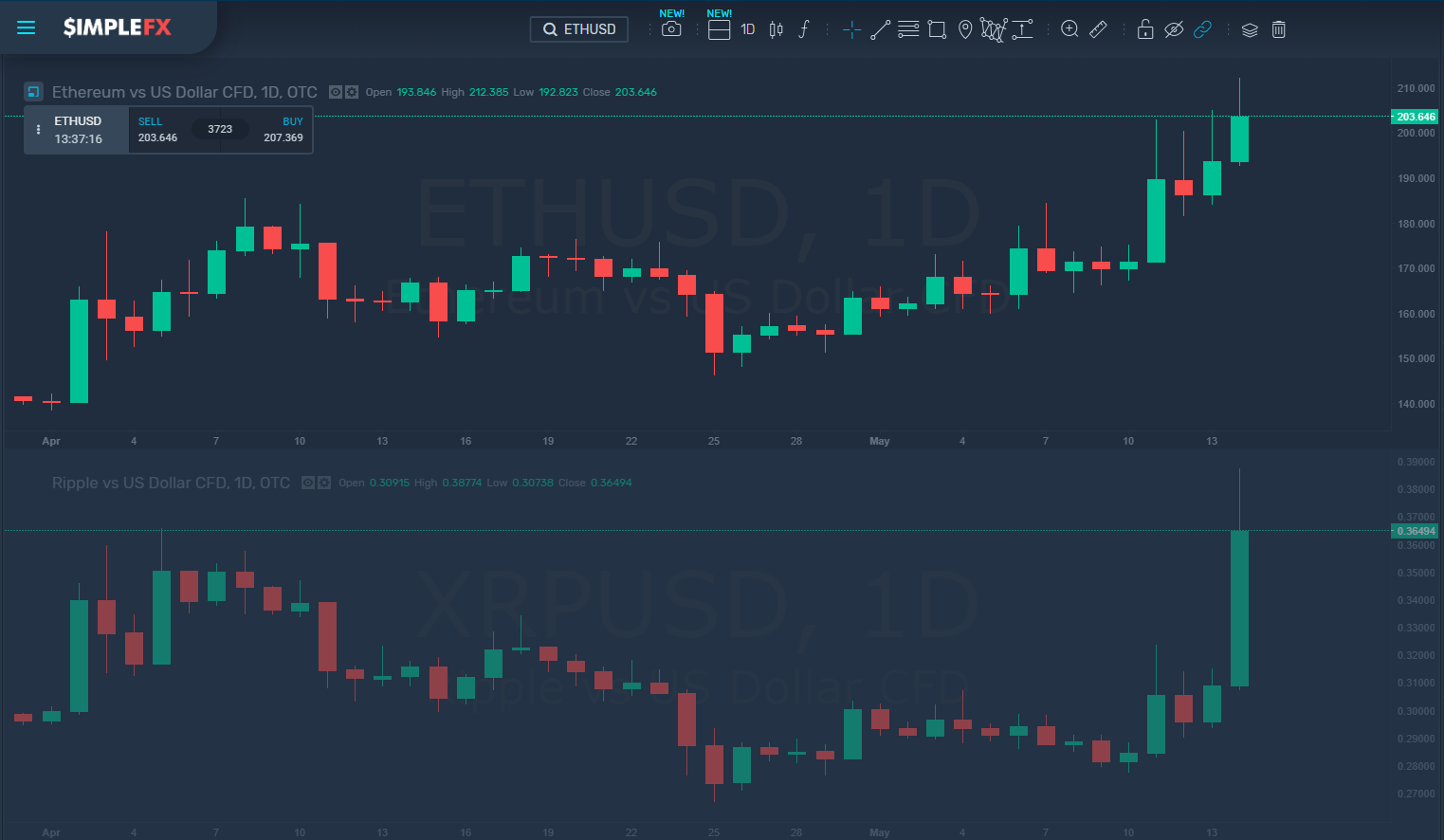 All the major cryptocurrencies have followed Bitcoin in recent days. However, the trend is not as strong. Bitcoin has attracted much more money during this uptrend and as the result the capitalization of Bitcoin has become the most dominant since the peak crypto times of December 2017.

If you’d like to trade crypto during this interesting time, just log into SimpleFX and enjoy trading with no minimum deposits.