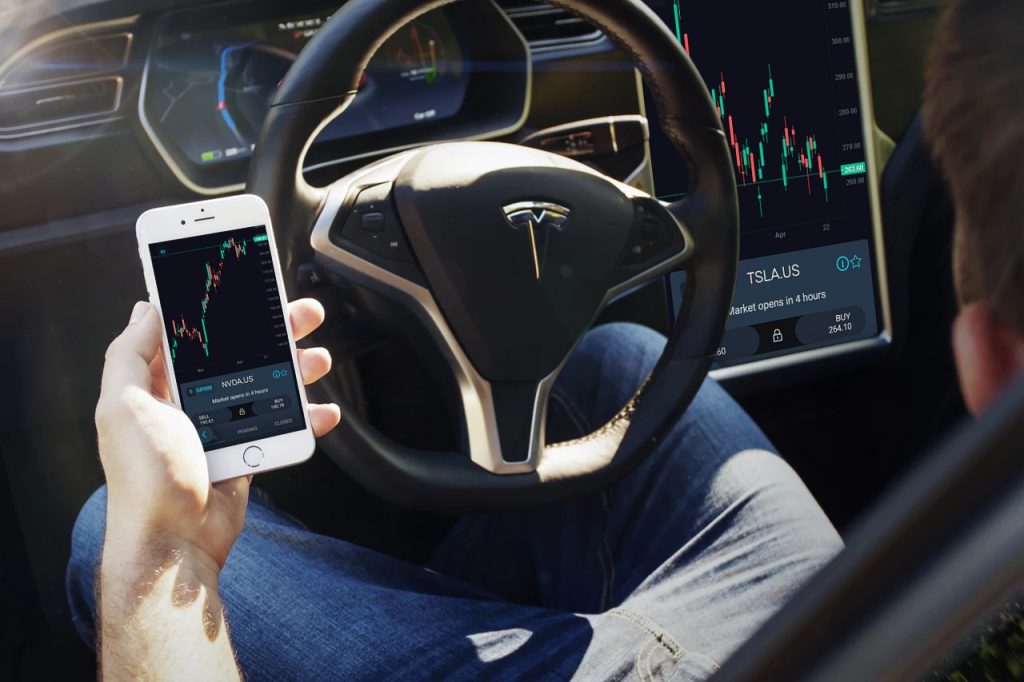 Elon Musk, chief executive of Tesla Inc, said that self-driving “robotaxis” will be available in some US markets next year.  He continues his habit of making bold announcements, which excite investors yet often fail to meet their deadlines.

He predicted, “Probably two years from now we’ll make a car with no steering wheels or pedals” while acknowledging his frequent failure to meet his bold targets.

A crucial part of his new claim is a microchip designed for autonomous vehicles that he unveiled on Monday in a web-broadcast presentation.  The chip, which is made by Samsung Electronics Co. Ltd. in the U.S. state of Texas, is hoped to give an edge to Tesla against its rivals, showing its substantial investment in self-driven vehicles.  The exec has described it as “basically our entire expense structure.”

This announcement has come two days before an expected announcement from Tesla about a quarterly loss due to fewer deliveries of the Model 3 sedan, a representation of Tesla’s trying to become a great car maker.

Musk began pushing the model and its potential after his launch at the event with technical descriptions in great detail of the progress Tesla has made on software and hardware by top execs.

The chief exec said, “The fundamental message consumers should be taking away today is it’s financially insane to buy something other than a Tesla.  It’s like buying a horse”. He said that the company was the only one to offer a complete suite of full self-driving hardware.

The use of this term “full self-driving” by Tesla reaps criticism, as it is selling an option today that isn’t yet fully autonomous or “Level 4” by the standards set by the industry.  This means that the car handles all of the driving without any human interaction in most cases.

Elon Musk said that improvements in the software will allow the vehicles to drive autonomously in the future now that the hardware part is complete.   There are many hurdles in terms of regulation for technology, both locally and in Washington.

Car manufacturers globally, start-ups and large tech companies are working on self-driving, including Uber Technologies Inc. and Alphabet Inc.’s Waymo.  However, experts claim that it is years yet before these systems are set to go.

Musk predicted, “A year from now we’ll have over a million cars with full self-driving, software, and everything.”

The company has been developing an autonomous driving chip for the last three years, and Elon Musk had forecast in the past that cars would be driving themselves in the year 2018, a target which has been missed.

The chip announcement failed to move investors, but the shares did rise a little in the after-hours trading after the robotaxi decision was made.

Daniel Ives, the Wedbush analyst, said the robotaxi ambition from Tesla was “impressive.”  He later added that any investor would be concerned by “the practicality and financial implications of this endeavor, especially with Waymo miles ahead of the autonomous competition.”

He said that for analysts, more pressing were the concerns for the Model 3 demand and if Tesla might look for new financing.

Musk swiped at his competitors that rely on Lidar, which is a light-based sensor that is a vital part of most other autonomous driving systems.

Musk said, “Lidar is a fool’s errand.  And anyone relying on Lidar is doomed”, as he became vocal about the limitations of the technology.  For Tesla vehicles, radars and cameras are their vision system for autonomous driving.

He continued, stating that competitors will eventually get rid of Lidar altogether: “It’s expensive and unnecessary and once you solved vision it’s worthless.”

Over the last three years, there have been more than $1 billion of private and corporate investments put into around 50 Lidar start-ups.  This includes a record-breaking $420 million last year, so said a Reuters’ analysis of investment data previous month.

Musk reiterated that this new chip is the best in the industry as it is dedicated solely to autonomous driving, whereas others, such as Nvidia Corp, has developed chips for multi-function use.

In comparison, the chip from Tesla was capable of no less than seven times more frames than the Xavier system from Nvidia, Pete Bannon, the head of autopilot hardware at Tesla said.  However, Nvidia announced that this was not an accurate comparison.

Consumer Reports, the U.S. Magazine, warned against the “bold claims about self-driving capabilities that overpromise and under deliver” from Tesla.

“Claims about [Tesla’s] driving automation systems and safety are not backed up by the data, and it seems today’s presentations had more to do with investors than consumers’ safety,” the publication wrote.