You are at:Home»Analysis»Snapchat adjusts the strategy to respond to the Instagram challenge

Snapchat revealed a new strategy which will give it an edge over its competitors such as Instagram.

The company announced including new features using lenses and Augmented Reality, original content, a multiple-player gaming platform, and integration of Snapchat with other other apps such as Tinder.

Go short or long on Snapchat

Snapchat has some great AR features in the pipeline! These include:

Snapchat is undoubtedly trying to up its game by getting you to use the app for more than you’re currently doing. The company has realized how much people love playing around with smartphone cameras.

However, it seems that Instagram isn’t too far behind so it’s unlikely that Snapchat will draw people away from there. Instagram itself has been developing augmented reality features also.

This is a new development by Snapchat. SnapKit means that other developers can embed Snapchat into their apps. What this means is that users of 3rd party apps will be able to share their content directly.

Netflix and Tinder are two companies that are already on board with this development. Netflix intends to integrate this new development so that its subscribers can share what they’re watching on Netflix to their stories. Tinder, on the other hand, is going to integrate it by letting users post their stories to Tinder profiles.

Who knows whether these new functionalities will be popular with users. Instagram has been ahead of the game already – they have already integrated with Spotify and Netflix.

Snap Originals launched in October last year is set to receive ten new additions to its shows. Four of these are going to be unscripted shows. The first selection of Snap Originals shows did quite well. There were 28 million views of the show Endless Summer. Also, The Dead Girls Detective Agency saw great season retention rates (40%) after its first episode.

This is one of the most exciting developments Snap Chat has to date. Snap Games is Snapchat’s new multiplayer game platform. At its launch, there were six games you could play directly in a chat window without the need for additional installations on your device. Snapchat hopes that casual chats with friends or in a group can turn into a game.

What this all means for Snapchat

What we can see with these new features is that Snapchat seems to be turning away from its focus on its photos and camera and focusing more on its content. Snapchat is smart in allowing 3rd party integration as effectively, and it is stopping copycat developers from finding a way into the market. 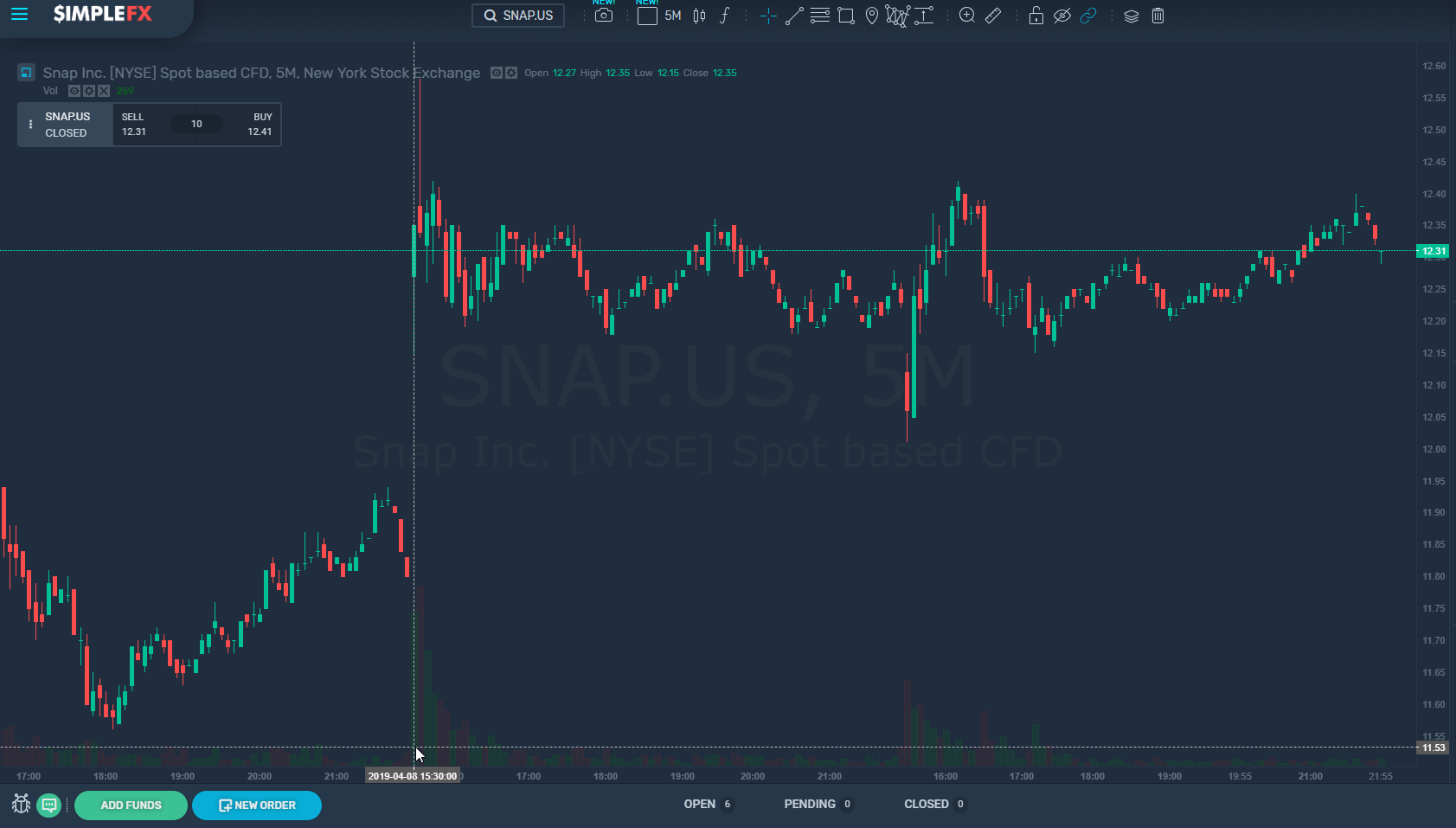 Snapchat opened high on Monday morning, but later the market seemed to be undecided about the company’s future.